Eggs are the latest thing supermarkets have a shortage of - Canary 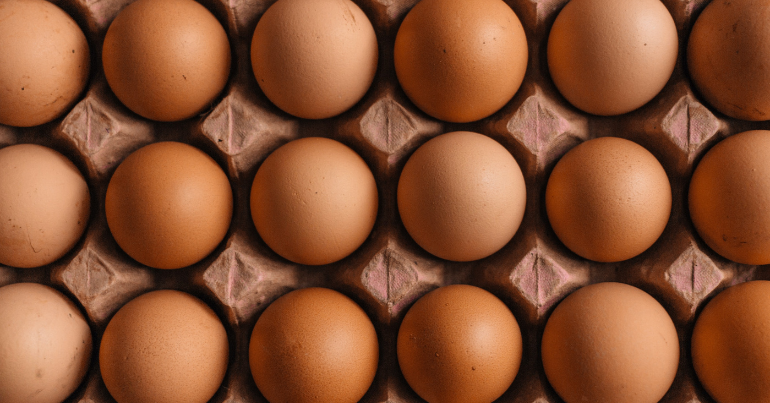 The government’s manufactured economic crisis means inflation has sent the price of ingredients soaring. On top of this, Britain is also contending with an outbreak of avian influenza. The result? A shortage of eggs. Two cut-price supermarket chains – Asda and Lidl – have had to start rationing how many boxes customers can buy.

Gursel Kirik, who serves up fried breakfasts in his cafe in central London, said a crate of 360 eggs cost him £20 to buy wholesale three months ago. Now, it sets him back £68.

Everything is up – the energy bills, the goods we purchase. Every week it goes up so we’re really struggling.

We can stay open for four or five months for sure because we know we’ll be able to pay our bills, but after that, I’m really worried we’ll be forced to close down.

On Thursday 17 November, the UK government unveiled a painful new round of austerity – apparently to bring down borrowing and curtail inflation.

Demand for eggs went up this year as people sought out cheaper sources of protein to offset soaring meat prices. Then, the bird flu outbreak worsened everything. Since 7 November, the government has required all poultry and captive birds in England to be kept indoors. That has limited the production of eggs, on top of mass culls of chickens in areas where the influenza has been detected.

A third of UK chicken farmers have already scaled back the production of eggs, according to industry groups. There are also warnings that the epidemic could threaten the supply of turkeys for Christmas.

The British Egg Industry Council said that because of soaring input costs, and the refusal of retailers to pay farmers more for their eggs, “producers are struggling to break even”.

We have been warning for months that failing to pay farmers a price which allows them to make a profit would result in mass de-stocking or, worse still, an exodus from the industry.

Seeing Italian eggs on the shelves is a wake-up call to all retailers that they can’t expect farmers to work for nothing.

Environment secretary Therese Coffey is attempting to play down the egg shortage. She told parliament on Thursday:

But recognising there are still about nearly 14 million egg-laying hens available, I’m confident we can get through this supply difficulty in the short term.

Earlier this year, Poultry News reported that regulation changes due to Brexit made the situation harder for dairy farmers:

The egg industry is facing increased costs and logistical problems due to new rules for exporters now Britain has left the EU.

Some products, such as liquid egg melange, which is usually exported to the EU for use in processing or manufacture, have been particularly badly hit.

Industry experts are warning that the egg shortage could last well past Christmas. Experts have also said that while Brexit is not the “main driver of rising inflation”, it is still the case that this “has led to a substantial increase in food prices, which will hit the poorest families hardest.”

This is on top of rising prices for bread, flour, pasta, milk, and cheese. Responding to latest chancellor Jeremy Hunt’s autumn budget, the Canary’s Steve Topple made the point that:

The Office for Budget Responsibility (OBR) said that even with the autumn statement, the UK is facing the worst fall in living standards on record.