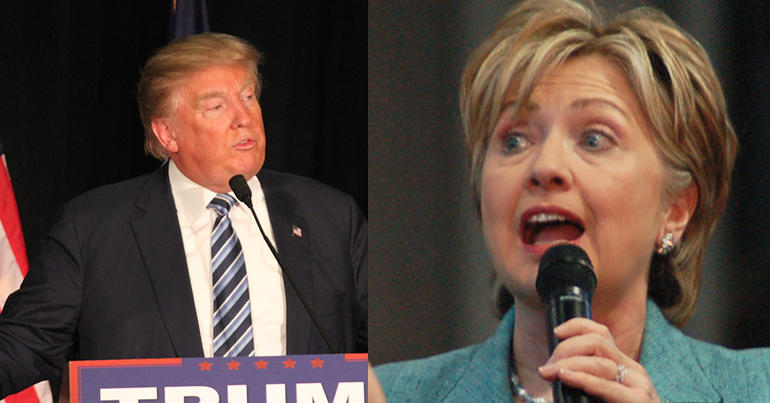 US President Donald Trump has reportedly ended his inhumane policy of separating children from their parents at the US-Mexico border. He axed the policy after a huge public outcry over his decision to separate families attempting to enter the US while their cases went through the immigration system.

Hillary Clinton spoke about the scandal during a recent visit to Dublin. But she hit peak hypocrisy when she placed herself firmly on the side of those “standing up for the most vulnerable among us”.

Clinton’s past actions show she has not always stood up for the most vulnerable. She served as secretary of state under Obama from 2009 until 2013. And while Obama may have kept families together, he deported more than 2.5 million people between 2009 and 2015. This earned him the title “deporter in chief”.

Clinton supported Obama’s policies. In 2014, she said in a CNN interview that children from violent countries should be sent back:

to send a clear message, just because your child gets across the border, that doesn’t mean the child gets to stay.

Clinton also earned a reputation for herself as a “hawk” and “secretary of war” after supporting war in Afghanistan and the use of drones in Pakistan and Yemen, among other things. Many children died in those operations.

During the 2016 Democratic presidential primaries, Bernie Sanders called Clinton out on her record. He questioned how she could advocate sending children back to countries where they had fled drug and cartel violence. Sanders said these children should have been welcomed into the country.

But while Clinton said she wanted these children to be sent back to their families, she reaffirmed her belief that returning the children was an opportunity to “send a clear message” on immigration.

Call out the hypocrites

Trump’s rationale behind the policy may have been appeal to the rust belt, white supremacists or, as Noam Chomsky says, to throw “enough crumbs to keep the Evangelicals happy”. Regardless, it was wrong and should have been opposed. So Clinton’s is right to condemn it.

But her outrage rings somewhat hollow in light of her track record. So let’s make sure Trump’s inhumane policies don’t lead us to endorse hypocrites. Clinton is a prime example.