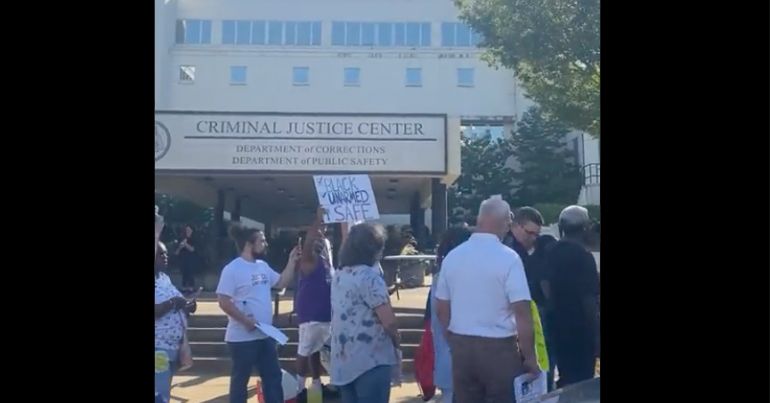 The aborted execution of Alan Miller in Alabama last week is the latest in a series of botched executions in the state. Meanwhile, Kastellio Vaughan is emaciated and incapacitated having returned to Alabama’s Elmore Correctional Facility immediately following major surgery. Since 26 September, people incarcerated in prisons state-wide have been on strike to protest the “humanitarian crisis” inside Alabama’s overcrowded, unsafe, and unsanitary facilities. Strike organisers are shining a light on the horrors of the inhumane and exploitative prison system, and demanding change.

A series of human rights abuses

On 22 September, Alabama authorities halted the execution of Miller after spending hours seeking a vein to administer the lethal injection. This is the latest in a series of gruesome botched executions in the state. For example, in August, Alabama officials subjected Joe Nathan James Jr to a torturous execution which lasted three hours.

Last night's failed execution in Alabama is just one in a series of botched executions there. Alan Miller is the second man in three years to be led to Alabama's execution chamber, repeatedly prodded with needles, then returned to his cell. Sure seems cruel and unusual to me. https://t.co/E3xyFPhlpQ

Meanwhile, Vaughan’s sister says that he “cannot walk nor stand” having been locked up in Alabama’s Elmore Correctional Facility immediately after an invasive operation. In a statement, Vaughan’s lawyer Lee Merritt said that his client has lost 75 pounds in weight in under a month. He added that in prison, Vaughan’s “surgical scars were exposed to unsanitary conditions and were possibly infected”. The civil rights attorney blamed “inadequate facilities, abuse and medical neglect” for Vaughan’s rapidly declining health.

On 26 September, incarcerated people held in prisons across Alabama launched a general strike to protest inhumane conditions in the state’s prisons.

Alabama’s prisons operate using incarcerated people’s unpaid forced labour. This is made possible due to the loophole in the 13th amendment of the US constitution, which abolished slavery and involuntary servitude “except as a punishment for crime” in 1865. 76% of incarcerated workers surveyed by the Bureau of Justice Statistics said that they work to avoid further punishment, such as solitary confinement, the denial of opportunities to reduce their sentence, or the removal of family visitation rights.

A 2020 report by the American Civil Liberties Union (ACLU) found that US state and federal prisons are forcing around 800,000 incarcerated people to work. These people generate at least $11bn for the US economy each year, while making an average of 13 to 52 cents per hour. The states of Alabama, Arkansas, Georgia, Mississippi, and Texas don’t pay imprisoned workers at all. This is effectively slave labour. Voters in Alabama, Louisiana, Oregon, Tennessee, and Vermont will have the chance to vote to remove the 13th Amendment loophole in the upcoming midterm elections in November.

Meanwhile, stark disparities in sentencing reflect entrenched racial injustices throughout Alabama’s criminal justice system. Indeed, according to 2018 data, 55% of people held in Alabama’s prisons were Black, despite making up 26% of the state’s adult population.

The Woods Foundation, a not-for-profit established after Alabama’s wrongful conviction and execution of Nathaniel Woods in 2020, shared:

A huge salute to the incarcerated folks in Alabama striking against slave labor. International news coverage already on Day 3 of the strike. We stand in solidarity with these brave individuals! https://t.co/ajIq6aEAYi

Exclusive Videos from hell on earth. Alabama's prison system is rotten to it's core. ADOC staff is refusing to clean and repair filth-laden showers pic.twitter.com/QxxqAbpvqh

Strike organisers have issued a set of demands to change the unsafe and exploitative conditions inside Alabama’s prisons. This includes an end to Alabama’s Habitual Felony Offender Act. This law punishes defendants with life imprisonment without parole if they already have three convictions on their record. According to the ACLU, this law has sentenced hundreds of people ‘to die in prison’. This includes convictions for nonviolent offences and offences which happened decades ago.

Thousands of men incarcerated in Alabama prisons are striking and refusing to be used for prison labor and made to suffer countless human rights violations anymore. These are some of their demands: pic.twitter.com/sB0aiCwTbz

Family and friends gathered outside outside Alabama’s Department of Corrections in support of those striking inside prisons across the state. Sharing footage of the Break Every Chain rally, local ACLU policy and advocacy director Dillon Nettles tweeted:

Protestors are assembled in front of @ALCorrections this morning and are listing demands such as more oversight of the parole board, reinstating “good time”, and improved treatment, programming, and conditions. pic.twitter.com/jGcPzmhgUP

I don't say that to dismiss those locally organized struggles or spontaneous actions. Both are incredibly important & have won certain concessions. But this is a massive prisoner-coordinated move. Who knows where it will go from here, but it's a major feat of prisoner organizing.

The answer to overcrowding and dilapidated facilities isn’t building more prisons. This will only expand the harmful system of exploitation and oppression. In the words of imprisoned people’s collective Jailhouse Lawyers Speak:

Abolition is the ONLY solution

Indeed, systemic issues demand systemic responses. The situation in Alabama demonstrates the urgency of the abolitionist project to dismantle the prison industrial complex and build institutions that foster real and meaningful justice for everyone.