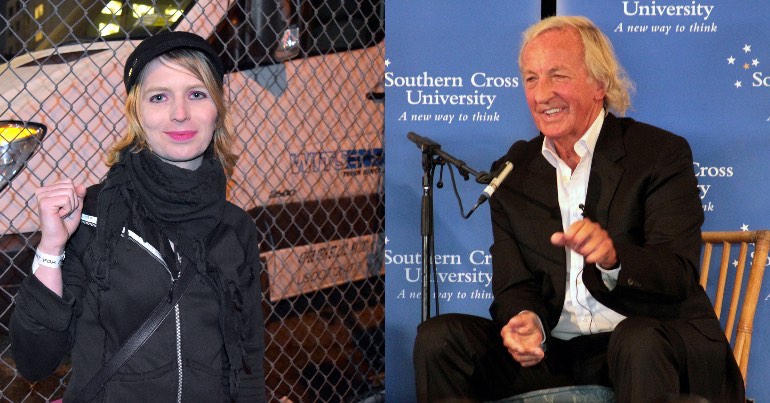 The US government is now fining Chelsea Manning $1,000 per day for her refusal to testify in front of a grand jury. Journalist John Pilger has described her treatment as “a warning of the return of fascism.”

A judge had previously jailed Manning for contempt in March. She had declined to give evidence about WikiLeaks and Julian Assange in front of a grand jury. The authorities eventually freed her in May. But seven days later, Judge Anthony Trenga ordered her back to jail. This was for again declining to testify in front of the grand jury.

Her legal team believes her total fines will be over $440,000 if she continues in her refusal to give evidence. They argued that:

This excessive amount may violate her Eighth Amendment rights under the Constitution.

The return of fascism?

Chelsea is incarcerated in Virginia and fined $1,000 a day for refusing to incriminate the Wikileaks editor of non-existent crimes.

He went on to state that the British government jailed Assange so that it can eventually extradite him “to Trump’s dungeons”. Pilger also accused British foreign secretary Jeremy Hunt of “hypocrisy” for holding a conference on media freedom just seven miles from where the British government is holding Assange.

And as a result, he declared:

Mark these disgraces as a warning of the return of fascism.