We need to Kill the Bill, but one part of it could be worthwhile - The Canary 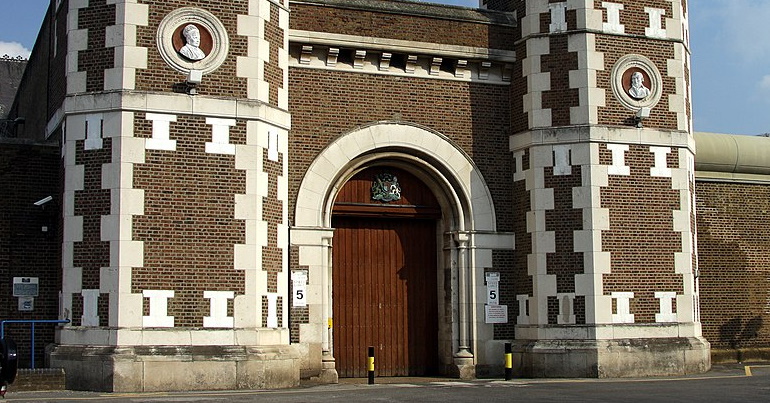 The Police, Crime, Sentencing and Courts Bill is a huge piece of legislation that’s designed to increase the government’s control over the people. The so-called police bill’s origin, promising a ‘smarter approach‘, claims to deliver on Conservative manifesto commitments to keep the public safe. Now that parliament has concluded a consideration of amendments, it’s expected to receive royal assent shortly.

In reality, the bill is a vicious, repressive, and racist piece of legislation that’s sparked massive protests across the country. It criminalises those deemed to be causing a nuisance, whether it be noise, annoyance, or the blocking of streets. A reversal of policy in some cases, it expands the use of controversial stop-and-search powers and discriminates against Gypsy, Roma, and Traveller people. The bill also changes sentencing rules, meaning those convicted of a crime will spend more time in prison.

Almost all of the hated police bill is wrong and does not respect human rights. However, while parliament should ‘Kill the Bill‘ while it still has the chance, it is my opinion that there is one small detail hidden within the bill that should be embraced.

The bill will update the complex and lengthy rules on criminal records. These have been known to hamper societal reintegration by creating a divide between those who have made mistakes in life and those who haven’t. The current rules on criminal record disclosure are neither proportionate nor effective. For example, they state that if you receive a one-year suspended sentence, you have to legally announce it for five times that amount of time.

Allow me to state that I am on the side of prisoners, a group of people who are consistently vilified and are stripped of fair chances by our ruthless society. My position is that regardless of their crime, people in prison deserve to be treated like human beings. Their efforts at rehabilitation should be aided and encouraged, not hindered. The prisoner is a recurring scapegoat of the mainstream media, with partisan headlines found in the Daily Mail and Sun. I often write for Inside Time, the national newspaper for prisoners. And in doing so, I aim to correct the record on matters of criminal justice and champion the work of groups like Unlock, who campaign relentlessly for fairness.

The police bill builds upon a foundation that will help people with a conviction in their pursuit of a normal life. In 2011, the government introduced their Legal Aid, Sentencing and Punishment of Offenders Bill (LASPO), with a consequence of justice becoming ‘just for the rich’. The LASPO Bill cut legal aid and criminalised squatting in a residential property. In a surprise move, however, it did relax the rules on criminal record disclosure that had been set back in 1974. These rules dictate for how long an individual must suffer a criminal record that will hinder their employment, travel, and insurance needs.

That relaxation has changed lives for the better, helping former prisoners move on from their past mistakes. The policing bill will further relax the disclosure rules – though hardly to the extent proposed by respected prison reformer David Ramsbotham.

I have previously written about the disproportionality of the criminal records regime. I believe it represents an unwinnable situation where people are shut out by society after serving their punishment. This is not theory or hypothesis but a reality. If the state makes it impossible for an ex-prisoner to get a job, that person will have no choice but to claim social security to feed themselves. And we all know the labels that are placed upon those reliant on benefits.

The parts of the police bill concerning criminal records do remain imperfect. But the bill contains some satisfactory improvement, reducing those excessive and impractical disclosure rules. For any sceptics of ex-prisoner rehabilitation, I would advise them to look at the evidence and success stories. Furthermore, if not convinced, keep in mind that the law sets out a long list of roles and offences to which the reforms do not apply. This means a person will have to disclose their conviction (even if it is spent) for the rest of their life.

While the bill may give with one hand, it overwhelmingly takes with the other. A worrying projection estimates that by 2026, the prison population will have increased by 20,000. And to accommodate that increase, the government intends to build 18,000 new prison places. This is money that could instead be spent on rehabilitative services. According to the Prison Reform Trust, the majority of the police bill’s sections that relate to serious and violent offences are not supported by evidence, or the evidence used is misleading and selective.

Shamefully, the ‘shoot first and ask questions second’ Labour Party rarely takes an interest in the plight of ex-prisoners. They prefer a hard-line approach involving antagonism by police ‘at three o’clock in the morning’. A compassionate approach of educating and supporting people, rather than shaming and humiliating them for eternity, especially when they have paid their dues, would lead to a better end result for everyone. We would see lower reoffending rates and fewer victims as a consequence.

The Conservatives, on the other hand, are a cunning bunch. While I welcome their improvements to the criminal records regime, I’m reluctant to dish out praise for their efforts. This is because they do not truly believe in reform. The Tories are using an important cause for a reason yet to be determined. It could be to make the legislation more palatable or to get campaign groups such as Unlock temporarily off their backs. I ask myself about the day our prime minister – an alleged criminal – finds himself involved with the justice system. When it affects him personally, will he finally support a reasonable disclosure regime?

While I always hoped that the criminal records regime would be reformed beyond the LASPO amendments, I never envisaged it happening this way. For everyone’s sake, let’s come up with something that can truly be described as a ‘smarter approach’.