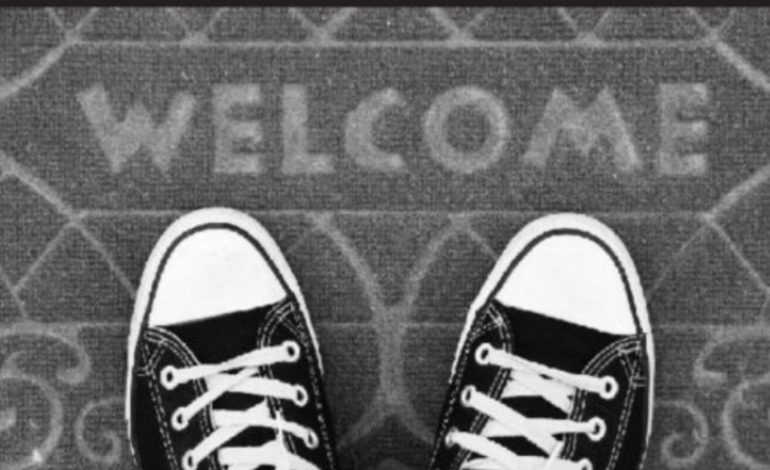 The tabloids are whipping up a frenzy over charging foreign patients for NHS treatment. But a new campaign is fighting back against this increasingly xenophobic climate.

‘Health tourists’, or people who just happen to get sick while in the UK, are increasingly targeted by the mainstream media. And as NHS cuts continue, Health Secretary Jeremy Hunt has found a convenient scapegoat for the government’s failings.

we are announcing plans to change the law which means those who aren’t eligible for free care will be asked to pay upfront for non-urgent treatment. We aim to recover up to £500 million a year by the middle of this Parliament – money that can then be reinvested in patient care.

But even if Hunt manages to claw back £500m, it’ll have a negligible effect on services. An investigation by The Guardian and 38 Degrees revealed that the NHS will be facing a financial shortfall of £20bn by 2020/21.

Speaking about the figures, Laura Townshend from 38 Degrees said:

This is new evidence that plans are being made to close local NHS services. We all rely on these services, yet we are being kept in the dark. These proposed cuts aren’t the fault of local NHS leaders. The health service is struggling to cope with growing black holes in NHS funding. These new revelations will be a test of Theresa May’s commitment to a fully-funded National Health Service.

And these “black holes” are not caused by “health tourism”.

The NHS, like schools, is also increasingly being asked to act as a back-door immigration enforcer. Figures from 2016 show over 8,000 confidential files were handed over by the NHS to the Home Office. And it is leading to concerns that people are afraid to seek medical help.

But a new campaign promoted by the Anti Raids Network is fighting back against the “hostile environment” the government is trying to create. A poster created for GPs to display states:

At this surgery we may ask you for blood, but we will never demand to see your passport. 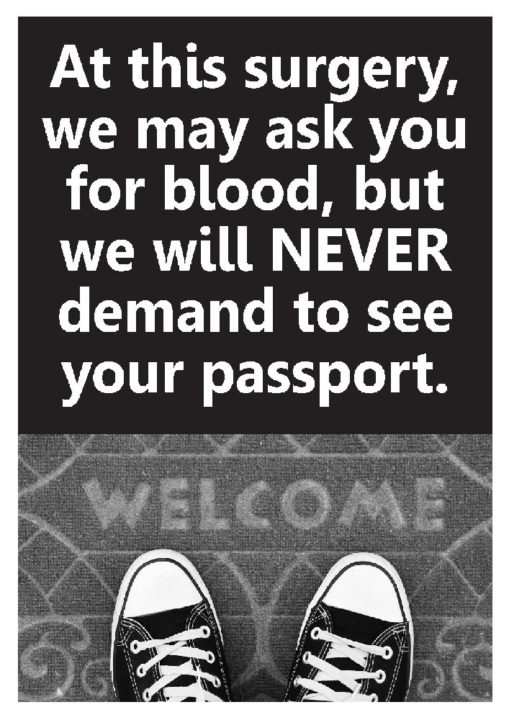 The campaign started after one person raised it at a patient’s forum. They said:

I had heard stories of GP surgeries demanding to see proof of immigration status and about the pressure from the government on the NHS to share data on patients in order to track down potential “illegal” migrants. So, at my surgery’s patients’ forum last month, I raised the idea of making a public declaration that our surgery would never ask for a patient’s passport as proof of their identification.

I expected a battle on this, but there was complete agreement from the rest of the forum and also from the GP. We talked about the importance of ensuring as many people as possible are registered, particularly to ensure early diagnosis of TB but also mental health issues and general medical advice in an area where only 45% of the residents speak English.

We can all join in

They are now planning to try and get other GPs to follow suit. And the poster is available to download so we can all ask our local practices to do the same. As the Anti Raids Network states:

We need to get organised against this institutionalised racism and increasing social control — and fast.

This poster is a brilliant first step. Government cuts are to blame for the state of the NHS. Not immigration. But we can make a difference. We can make people feel welcome. And we can fight back against the racist ideas of the government and the tabloid media.

– Download the poster and ask your GP surgery to display it.