A Canary exclusive: behind the scenes at the NHS demo [VIDEO] 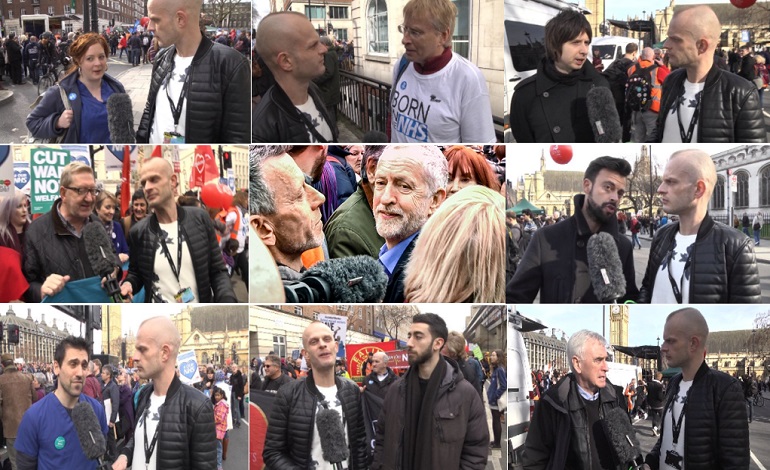 Central London came to a standstill on Saturday 4 March. Because people from across the UK took part in the #OurNHS demonstration. And The Canary was there with a front row seat.

The Canary meets… Our NHS

Peoples Assembly (PA) and Health Campaigns Together (HCT) organised the demo. It ran from Tavistock Square to parliament. Around 250,000 took part in the march; one of the largest in recent years. And The Canary was there recording a film about the day.

But not everyone who wanted to march could attend. So some well-known faces sent The Canary video messages. 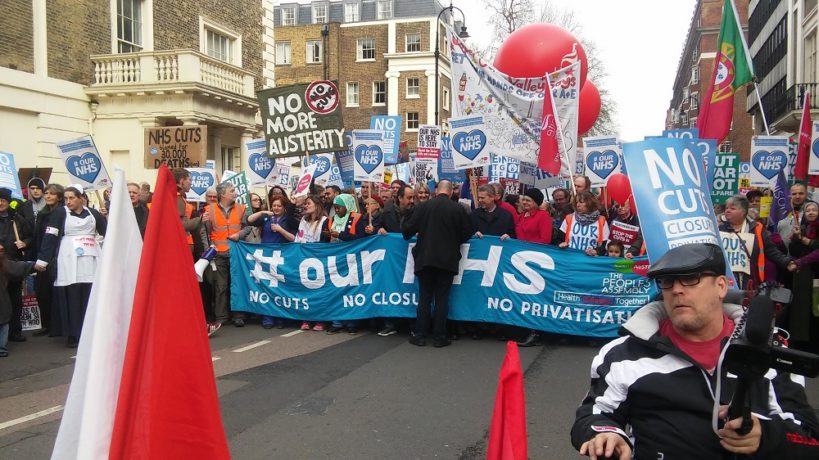 Everyone at the demo loved the NHS. Including Jolyon Rubinstein, and even Darth Vader: 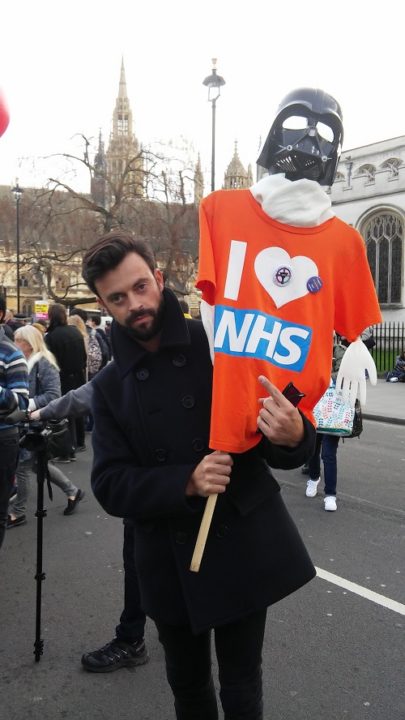 The demo had a friendly and welcoming feeling. But people still noticed a heavy police presence. Even ‘protecting’ the Department of Health: 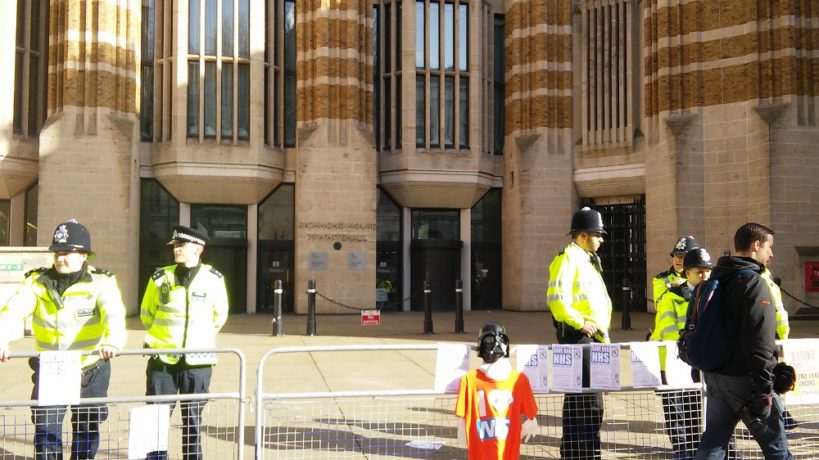 Is that how we save it then? With a march? I always thought it was better to win elections and then fund it properly.

you really are without principles. Ordinary decent folk travelled for hours to let Tories know how much it matters.

And in meantime? we’ll never win elections with sulking MPs – get out and show which side you’re on. Disgraceful.

To get their message across, activists have some new ‘tech’. Augmented Reality has launched its Traces app. It’s free and a bit like Pokemon Go. It uses the camera on your mobile to place digital bubbles in real-time places. All users can ‘pop’ the bubble you leave to see your message. So, for example, on the #OurNHS march people left a trail of bubbles along the route. And here’s The Canary’s Steve Topple with his: 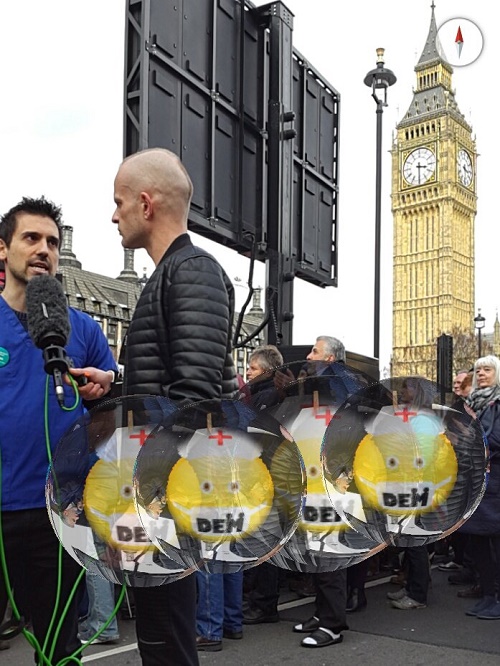 The march was a huge success. But the question remains: will the Tories actually listen? History doesn’t bode well; even Tony Blair’s Labour ignored over one million people protesting the invasion of Iraq. So the momentum created at the demo must be maintained. Campaign groups must put any differences aside. And everyone must now unite, and continue the fight. Not only to save ‘Our NHS’, but against the Tories in their entirety.

– Learn more about the Traces app.

– Find out more about HCT.

Video and images via Steve Topple/Merlin Norbury, and additional images via Nicola Jeffery.