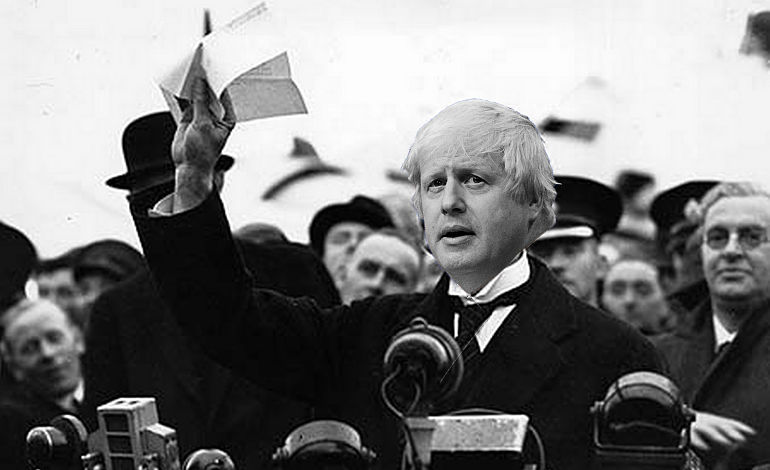 Two pro-Brexit campaigns are facing investigations for irregularities in the lead-up to the EU Referendum vote. The Electoral Commission is looking into [paywall] possible undeclared spending by Vote Leave, the campaign backed by Tory MPs Boris Johnson and Michael Gove.

And the Information Commissioner’s Office (ICO) has launched an inquiry into the misuse of data in politics, after alleged links emerged between Leave.EU, the campaign associated with Nigel Farage and a US company that specialises in behavioural management. Labour MP Stephen Kinnock has further raised this matter with a parliamentary watchdog.

This is where we are so far…

In the final stage of the EU Referendum campaign, Vote Leave gave £625,000 to BeLeave, a pop-up pro-Brexit group, set up by 23-year-old Darren Grimes. BeLeave then used that money to pay for services of a Canadian company, AggregateIQ (AIQ).

In a letter dated 14 February 2017, Kinnock claims that the Vote Leave campaign may have been guilty of spending above the legal limit. Kinnock also says Vote Leave had close involvement with Grimes. And that campaign supporters Gove and Johnson were even photographed with him.

Kinnock made a formal complaint about these arrangements to the Electoral Commission. And it promptly rejected it, saying:

For there to be an allocation of reportable campaign spending, there had to be a common plan or arrangement between the campaigners. The commission has previously considered whether Vote Leave and Mr Grimes worked together in a way that would suggest the rules had been breached; we did not find evidence that showed an offence beyond reasonable doubt. We will continue to review the spending returns of campaigners and if new evidence comes to light, we will consider it in line with our enforcement policy.

We were entitled to give money to BeLeave and in doing so fully complied with all the regulations and requirements set by the Commission.

Kinnock’s letter to the parliamentary watchdog challenges that decision: 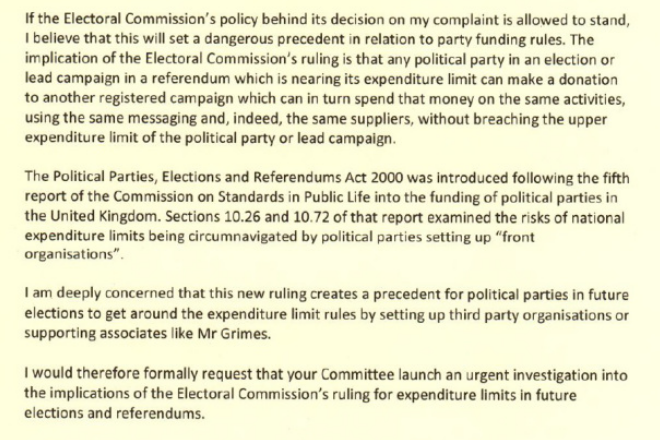 One billion hits on voters

AIQ offer services including “audience persuasion”. But it does not explain what exactly this means.

Indeed, Paul Stephenson, the communications director of Vote Leave, stated both AIQ and its founder Zack Massingham were:

And on its website, AIQ prominently displays a quote by Vote Leave Director, Dominic Cummings, an expert on ‘data science’:

Other Brexit campaigns in hot water

The Electoral Commission is making further inquiries into spending by some Remain and Leave campaigns:

The IN Campaign Limited (‘Britain Stronger in Europe’) and Vote Leave Limited – do not appear to have delivered all the necessary invoices and receipts to support their returns. There are also issues with the delivery of all the details required in the return, including supplier details for a number of payments.

Meanwhile, as previously reported by The Canary, the Leave.EU campaign also had links with a foreign company offering similar services to AIQ, but apparently on a much larger scale. Cambridge Analytica is a US company with ties to business associates of Donald Trump. Its possible links with Leave.EU are now the subject of an investigation by the Electoral Commission.

And in a new development, the ICO has said it is investigating how political campaigns capture and exploit voters’ information. In particular:

We have concerns about Cambridge Analytica’s reported use of personal data and we are in contact with the organisation.

The Canary also reported how the Democratic Unionist Party (DUP) used £425,000 to pay for a Brexit campaign rolled out across Britain, but not in Northern Ireland. Since that story, elections in Northern Ireland have seen the DUP lose seats in Stormont.

The will of the people

The investigations by the Electoral Commission, the ICO and the Parliamentary Watchdog will hopefully reveal if Brexit campaigners subverted the Referendum or not.

Because political campaigners should never manipulate the will of the people.