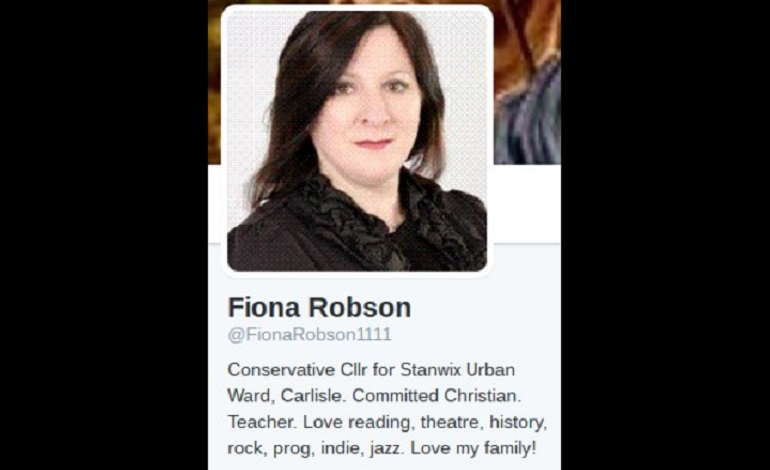 On Sunday 5 March, a Conservative councillor thought she was tweeting something smart about the #OurNHS demo. But Twitter reacted angrily. And it rightly called out her disgraceful comments.

And here’s to you, Mrs Robson

Fiona Robson is a councillor in Carlisle. After the #OurNHS demo, she tweeted: 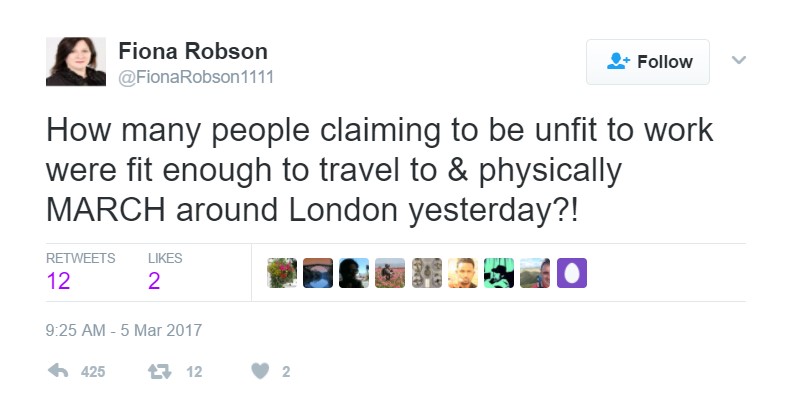 But the backlash was instant. Before Robson deleted her account, over 2,000 people had commented on her post:

My terminally ill sister, declared fit to work but given till April/May to live, managed 5 mins Thanks for your interest

Jesus loves you more than you will know?

Robson’s biography on her local Conservative group’s website made her tweet all the more odd. She says:

christians meant to be caring not judgey.thought jesus healed the sick,not send them to atos for assessment

Hide it in the hiding place where no one ever goes

But people living with FMS often show no outward signs of their illness. And the fluctuations in health also mean they have good and bad days. The latter, known as ‘flare-ups’, often last for weeks. So a person living with FMS may have been able to do the #OurNHS march. But would then be in agony for days afterwards.

Robson later apologised saying she “asked a question”. But people were unimpressed:

And this writer thought political grime about Tory ideology may help with Robson’s understanding of the error of her ways:

But the obvious undertones were clear. As one Twitter user summed up:

You were not asking a question. You were making a judgement, & one that falls in line with your party’s appalling record.