We need to discuss the stunt the UK media pulled yesterday, because it was just plain wrong [IMAGE] - Canary 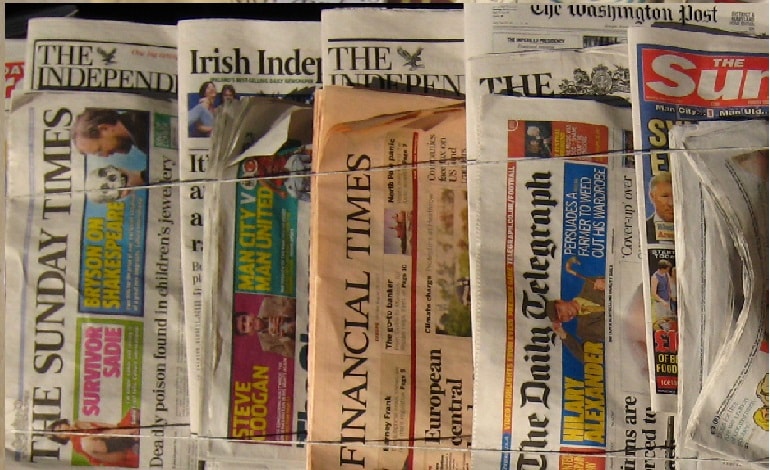 We need to have a frank discussion about the stunt the UK media pulled on Sunday 5 March.

A story about the tax returns of two prominent politicians emerged on Sunday. On the one hand, Labour Party leader Jeremy Corbyn published his tax return in the interest of transparency. On the other, sitting Chancellor Philip Hammond outright refused to do so.

Hammond is the person in charge of tax and national finance. On top of that, the MP – worth about £8m – was caught allegedly avoiding tax in 2014.

But only The Mirror led with Hammond opting for secrecy over his tax affairs.

Nearly all the other outlets cooked up a storm over Corbyn’s tax return. To anyone taking a pedestrian glance at the news that day, it probably looked dodgy. Wall-to-wall media coverage alleged that Corbyn had failed to declare his income for being leader of the opposition. But the claim was actually a mistake on behalf of the media. The ‘missing’ salary just wasn’t on the front page.

Here are but a few examples of the online coverage: 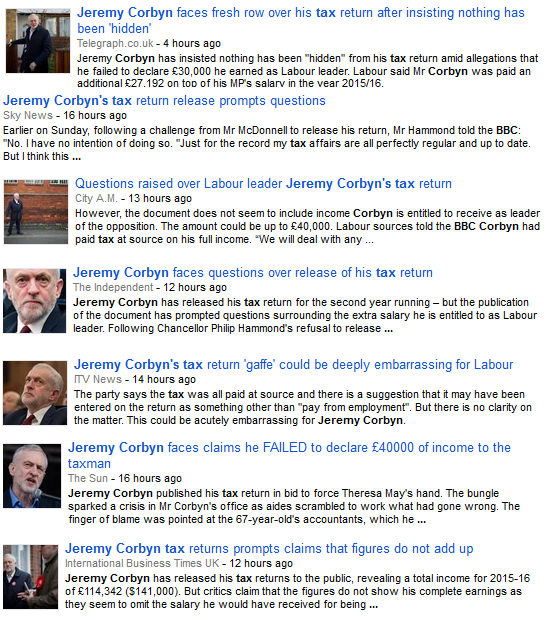 Many people noted the sheer reach of the false story. The widespread coverage backed up the belief that basic journalistic rigour takes the backseat when bashing Corbyn.

#r4today: "We are in a position to clear up Corbyn tax story"
Transl: Corbyn story was a non-story that didn't survive basic fact checking

The Corbyn tax return thing is a failed smear. Anyone would think they're trying to take the attention away from the refuser @PHammondMP pic.twitter.com/QtzwcdNOMD

In fact, Corbyn’s tax return did reveal a few things. As noted by The SKWAWKBOX, Corbyn actually paid more in tax than he owed for the 2015/16 financial year. The tax return also showed Corbyn’s donations under the Gift Aid scheme, a charitable tax incentive.

Expressing the importance of “transparency” for those in the highest public office, the Labour leader says:

Tax avoidance and evasion deprives the public purse of billions in revenue for vital services and is unfair on those on much lower earnings who pay a higher proportion of their income in tax.

Now, Theresa May has joined Hammond in point blank refusing to publish her current or future tax returns.

Renowned economist Richard Murphy estimates that tax dodging could cost our UK society around £100bn a year. Whether it is tax evasion or tax avoidance, individuals are taking funds from our public services. But neither the Chancellor nor the Prime Minister are opting for a basic level of transparency for their own tax affairs. And Corbyn’s the bad guy…