There's loads of dodgy money in the UK. And now it's pricing people out of their homes - The Canary 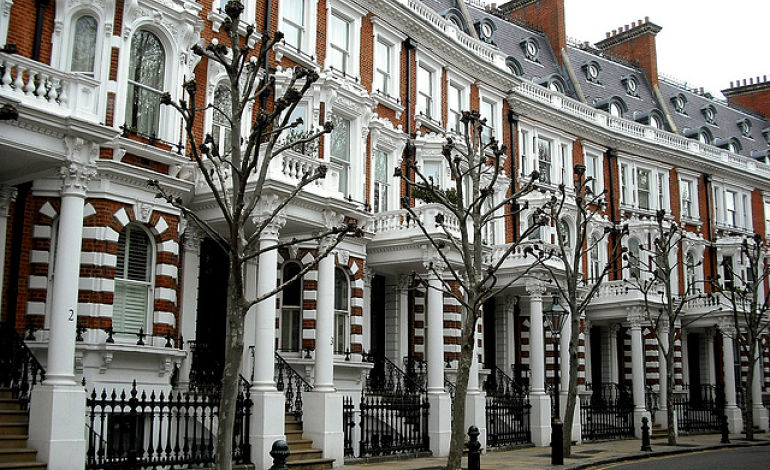 A new report has found an overwhelming link between overseas corruption and the rise in house prices. The organisation is calling for tough measures by the government that go beyond its commitment for more homes.

The UK housing market is broken. Prices average 10 times salaries. Demand is far outstripping supply, and affordable and social housing stocks are in decline. And homelessness could rise even further with additional cuts to housing benefit.

In London, the public have often blamed overseas investors and money laundering. And anti-corruption NGO Transparency International (TI) agrees, having looked at 14 landmark developments. The report Faulty Towers: Understanding the impact of overseas corruption on the London property market found that:

In 14 #LDN developments over 75% of homes were sold to overseas buyers, many from highest corruption risk states https://t.co/BFp2kGMAXw pic.twitter.com/B6fwlrKl4s

This has created a ripple effect on the UK housing market. Londoners priced out of one area move to the next, creating competition and increasing the prices which will spread wider as more young people leave London. The decline in social housing will mean those in the lowest income brackets leave too.

While Londoners find themselves priced out of the capital, many new homes are left unused by wealthy investors based overseas. Londoners aren’t the only ones losing out: demand for London property is fuelled by the corruption that robs public services of vital funds all around the world. Others feel the need to move their legitimate wealth here out of fear of what might happen to it in countries where corruption is endemic or has brought instability in times of crisis.

Using the UK as a safe haven

As Hames suggests, an increase in political instability in countries and regions like Russia, China or the Middle East was matched with an increase in property transactions and price, particularly where those communities are based. And increasing investment is prevalent among the super-rich.

As Londoners struggle with a "broken" housing market, the role of wealthy overseas investors is increasingly clear https://t.co/BFp2kGMAXw pic.twitter.com/ED4M8YgwEV

London Mayor Sadiq Khan launched an inquiry into the state of foreign ownership and empty houses, with results due this year. He pushes for greater transparency on foreign owned assets, as does TI. They also want to see greater penalties for those that fail to carry out due diligence against corruption. As well as a bigger crackdown on corruption globally by the government.

These findings may not surprise many people, but the connection between what happens overseas and locally means a tunnel-vision policy on supply alone is too narrow. And the housing market will remain broken if the government keeps ignoring all the parts that need fixing.