One of the biggest moments in UK political history happened last Thursday, and almost no one knows [EDITORIAL] - Canary 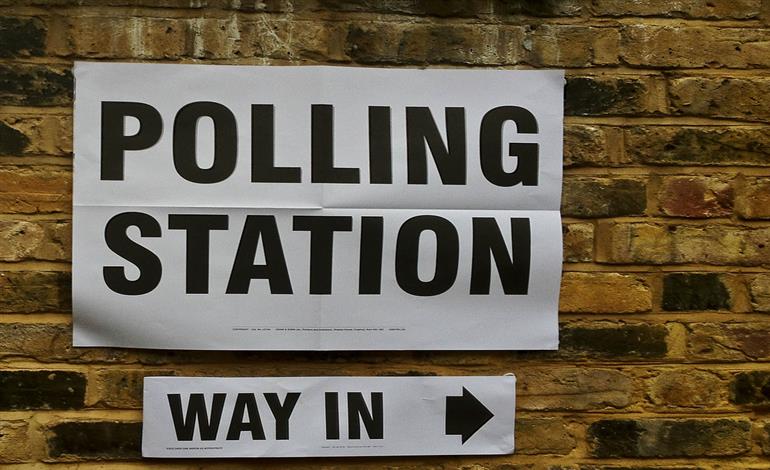 You may be surprised to hear that a major national election took place in the UK last week. And its outcome has important ramifications for the future of a United Kingdom, and Theresa May’s plans for Brexit.

There was a snap election for Northern Ireland’s Stormont Assembly on Thursday 2 March. And it resulted in shock gains for republican party Sinn Féin.

For the first time, the Democratic Unionist Party (DUP) lost the number of seats required to give it veto powers over legislation. Orna Young, the co-founder of FactCheckNI, points out just how historically significant this vote was with this table: 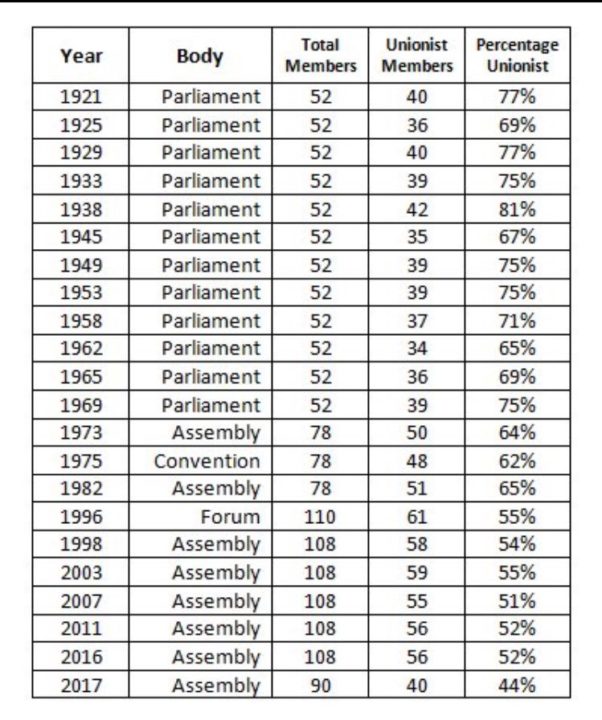 There hasn’t been a lower percentage of unionist members in Northern Ireland. This increases the chances of an independence referendum. And Scotland is building towards its second referendum, too. This means that England and Wales could be waving goodbye to the EU, Scotland, and Northern Ireland over the next few years.

It also means that the often hardline religious DUP has lost its power to veto liberal legislation, such as equal marriage and the liberalisation of abortion laws. This could have huge impacts for the LGBTQ community and women in Northern Ireland.

There is also the question of whether the fragile peace that has held (falteringly) since the signing of the Good Friday Agreement will withstand these political earthquakes.

Despite all this, the British media completely ignored it. The BBC’s flagship weekend politics show with Andrew Marr failed to invite a single Northern Ireland politician into the studio to discuss the results. They opted to speak with UKIP about a local by-election, rather than with the DUP or Sinn Féin about a national election with union-wide impacts.

People want to hear from Ireland, not from unelected extreme rightwingers. https://t.co/qUc0AF62Nv

Utterly extraordinary that @AndrewMarr9 has more UKIP & no Northern Ireland in a week like this. https://t.co/0AI1EKqiZm

The election was essentially relegated to non-story status by the British press. Several factors, from the social make-up of the media class to the demise of local newspapers, mean that political media in Britain has become little more than a blow-by-blow account of Westminster gossip. It pays scant attention to the UK’s other member states of Scotland, Wales, and Northern Ireland. But the problem here is bigger than the media.

The breakdown of the Union

Few journalists outside of Northern Ireland have followed this story more closely than Adam Ramsay at openDemocracy. In his essay The lack of British interest in Northern Ireland’s crucial election is more evidence that the union is dead, he writes:

Northern Ireland is among the poorest patches of the UK. It is the only part in which abortion is banned and so forced pregnancy is written in statute. It is the one place in these islands where same-sex couples can’t get married. It has had sectarian rioting in the last few years, and is still divided by a labyrinth of walls, keeping the different communities from both killing and meeting each other. It is the only bit of the UK with a land border; and it probably faces more serious consequences from Brexit than anywhere else. The result of this election, the position that the new first minister takes on this key constitutional question – and, relatedly, that other constitutional question, could shape the direction of travel for the years to come.

And the result of the election will have a profound impact on all of these questions.

the British press has done almost nothing to inform its public about what on earth is going on. For most people in Britain…Northern Ireland is a long, long way away. It is as distant as, well, the Republic of Ireland. And while it’s easy to attack the London media for its role in perpetuating this, perhaps that’s the wrong approach. Perhaps the most important thing we have learnt from this election is that people in Great Britain really don’t feel like they live in the same political unit as Northern Ireland.

And perhaps…that’s the simplest evidence that it’s time to end the British/Irish union.

The EU referendum result might be the catalyst for the breakup of the United Kingdom. In its wake, both Scotland and Northern Ireland have signaled their intention to avoid the Brexit decided by England and Wales. But the breakup is about more than their place in the EU. Scotland and Northern Ireland feel far removed from the decisions of Westminster. And the absence of union in British hearts and minds could very well lead to an ending of the union in law.

Whether you support independence or back the union, we should at least agree on one thing. UK voters should make an informed and considered decision about our separate or joined future. Not sleepwalk into it through ignorance or apathy.