Richard Branson didn't get his own way, so now he's suing the NHS - The Canary 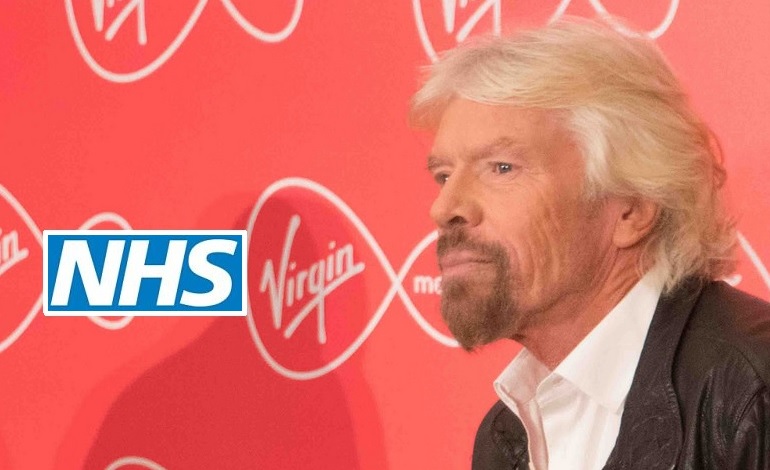 Richard Branson’s Virgin Care has started legal proceedings against the NHS because it lost out on an £82m contract.

The UK government has already awarded Branson’s company numerous contracts. And therefore, Virgin Care should have the public’s health firmly at the forefront of its mind. But instead, it’s prioritising its profits, as this legal action proves. Because its actions could plunge the NHS deeper into debt.

Virgin is throwing its toys out of the pram

CCGs and relevant authorities awarded the contract to Surrey Healthy Children and Families Services Limited Liability Partnership in October 2016. This alliance comprises a not-for-profit NHS foundation trust and two other companies. One is a not-for-profit provider. And the other is a social enterprise, meaning it ploughs profits back into providing services.

But Virgin Care claims there were “serious flaws” in the contract’s procurement process. And so it has lodged proceedings in the high court.

Virgin: ‘No! I don’t have enough toys already!’

Virgin Group Holdings set up Virgin Care in 2010. Since then, CCGs and local authorities have awarded it numerous contracts. It now controls approximately 250 services across the UK. And these contracts are worth well over £1bn. In November 2016, for example, Virgin Care secured control of Bath and North East Somerset Council’s core adult social care services – starting in April 2017 – in a £700m deal.

It also won a contract to provide adult care services for Guildford and Waverley CCG in Surrey that same year. Again, this will begin in April 2017.

Of its legal action, a Virgin Care spokesperson said [paywall]:

But a spokesperson for Guilford and Waverley CCG countered, saying:

we strongly feel [it] is not in the best interests of the children and families we support, or our valued colleagues.

The “outcome” is, of course, not desirable for Virgin Care’s profit potential. But neither is this legal dispute helpful for the NHS. Our health service is already in dire financial straits due to persistent government underfunding. If this case costs either the NHS or Surrey County Council money, is that really in the “best interests” of children or families in the area?

No. But perhaps that’s not the sort of interest that Virgin Care has in mind.

– Give your support to the NHS Reinstatement bill, due for a second reading on 24 March.