The man in charge of Brexit falls apart when asked a simple question about it. We're screwed. - Canary 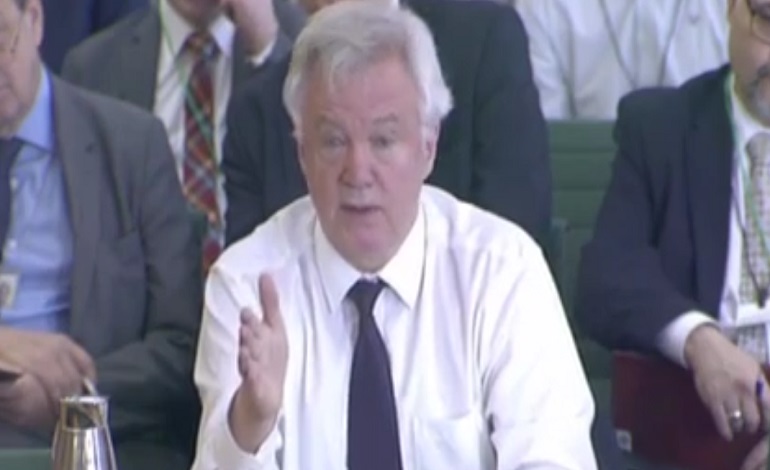 On Wednesday 15 March, Brexit Minister David Davis was giving evidence to MPs about the government’s progress on leaving the EU. But it may be a meeting he’ll wish to forget, as ‘car crash’ doesn’t even begin to describe it.

The Brexit Select Committee was questioning Davis over the government’s plans after the Brexit bill passed through parliament. But some of his answers left MPs stunned.

Among Davis’ ‘highlights’ were that he said leaving the EU was like a famous children’s toy:

When we finish building the Lego blocks, we’ll build the house.

And that if the UK left the EU without a deal about economics and trade, it was:

But it was Davis’ answers on the economic effects of Brexit that seemed to concern MPs most. He said:

Davis was upset that the committee had not asked him about the “upsides” to leaving the EU.

Without an assessment, you have mortgaged the country’s economic future to a soundbite.

Davis confirmed that the government would trigger Article 50 in the last week of March. And that the Brexit bill was expected to be given Royal Assent on Thursday 16 March.

If anyone was unsure of whether the government’s Brexit plans were looking decidedly dodgy, Davis’ shambolic responses to MPs just confirmed it. “Soft” and “hard” borders; playing with Lego; not needing numbers when doing economic assessments. The process of the UK leaving the EU is already turning into a total shambles.