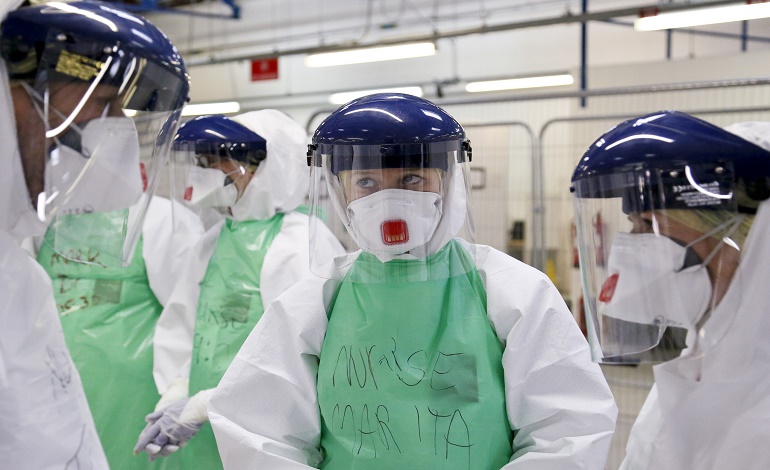 The NHS is having to borrow £10bn in ‘toxic’ loans to repair hospitals, to avoid “catastrophic failures” and “serious injury” to patients. But instead of the money coming from the government, the NHS wants to borrow it from hedge funds. The very same groups that helped cause the 2008 financial crash. And that donate heavily to the Tories.

The move comes after NHS England’s Chief Executive Simon Stevens appeared to cave in to government pressure [paywall] and agreed not to ask for any more money for the health service. So, NHS bosses see these loans as a ‘quick fix’. But ultimately the Treasury will have the final say in whether these plans go ahead.

It comes amid pressure for the NHS to prepare for the ‘Five Year Forward View’, which needs £5bn of investment in buildings, equipment and IT. But the money will also help clear a backlog of £5bn worth of maintenance. And many of these repairs are needed to:

The value of ‘high risk’ repairs increased by more than 70% in 2015-16, to £775m. And the backlog exists because hospitals have been ‘raiding’ [paywall] maintenance funds to balance their books, due to overspending.

A “golden opportunity” for the NHS?

Jim Mackey, Chief Executive of NHS Improvement says [paywall] borrowing from hedge funds is a “golden opportunity” because the interest rates are very low – around [paywall] 1.1%. But to cover the £10bn needed, the NHS is also considering selling off land and property. And letting private companies invest in primary care.

Hedge fund loans carry major risks. Because they’re already borrowed from banks. The money is often from ‘synthetic securitisation‘, where banks sell expected losses on investments to other companies to reduce the risk of them losing money. Hedge funds buy these ‘risks’, often with more money borrowed from the very same banks. But leave themselves open to major losses.

Also, the NHS sold £172m worth of land and property between 2015-16. And last month it was revealed that almost half of the £2bn given to the NHS for front line services in 2015 had actually gone to private companies instead. While the amount of NHS contracts up for sale rose [paywall] to nearly £6bn in 2016. Meanwhile, as The SKWAWKBOX reported, the hedge funds the NHS will be borrowing off account for nearly half of Conservative Party donations.

NHS finances are in absolute chaos. Private Finance Initiatives (PFI) have saddled the health service with £300bn of debt. Meanwhile, funding per patient has decreased in real terms. And hospitals are now robbing Peter to pay Paul in order to survive. If the Treasury signs off these ‘toxic’ [pdf p6] hedge fund loans it will be catastrophic for the NHS. And set a dangerous precedent for some of the most risky private money being able to flow into our public health service.

— Read more from The Canary Discovery.