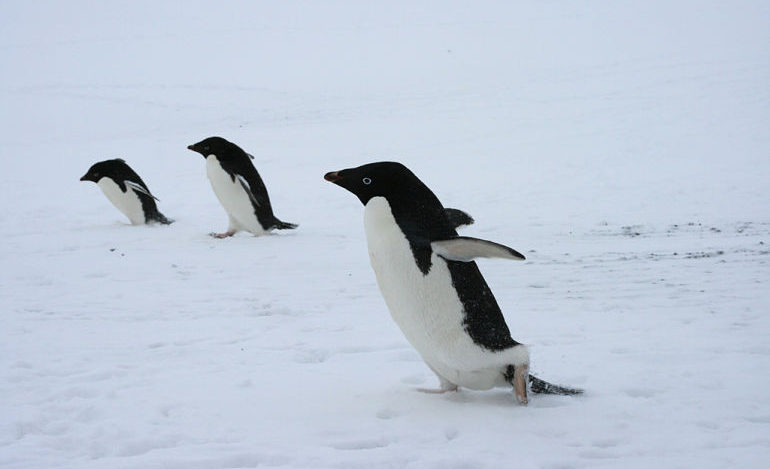 If you’re already sick of election fever, then you’ll be pleased to know that 25 April is World Penguin Day. So you could be forgiven for watching penguin gifs like this all day:

Penguins live exclusively in the southern hemisphere. That means, luckily for them, they’ll never meet a polar bear.

The Galapagos penguin only just about qualifies, as it lives very near the equator. This tropical species lives the furthest from Antarctica.

Penguins have been around for a long time

Scientists think the earliest ancestor of the modern penguin lived around 60 million years ago. That means they outlasted the extinction of the dinosaurs. Pretty cool.

In fact, scientists in Antarctica have recently unearthed the fossilised bones of an extinct mega penguin. Palaeeudyptes klekowskii was over two metres from beak to tail and probably weighed around 115kg. This huge bird lived 37 to 40 million years ago, when conditions were more favourable for giant animals.

The largest penguin around these days is the emperor penguin. These guys can weigh 46 kilos and extend to a height of 1.36 metres if they stand up fully (on their flip-toes). 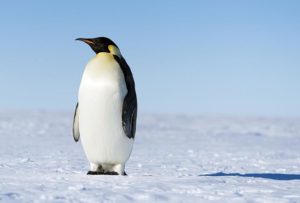 On the flip(per) side of this, the smallest is the diminutive little blue penguin, at only 40cm tall. 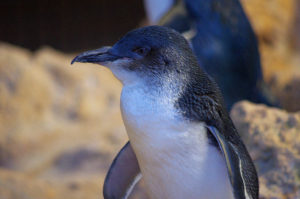 The flightless birds are well-known for being ungainly on land, but they are also some of the fastest swimmers. The gentoo can reach top speeds of up to 22mph.

Emperors breed at temperatures as low as -40°C. The males can go as long as two to three months without food while they incubate their eggs and wait for their mates to return from feeding out at sea.

After that long, it’s not surprising they can be a bit cranky:

– Adopt a Penguin with WWF.

– You can also find out more about penguins.