In 9 minutes, Labour provides the Brexit answers that Theresa May has failed to deliver in 9 months - Canary 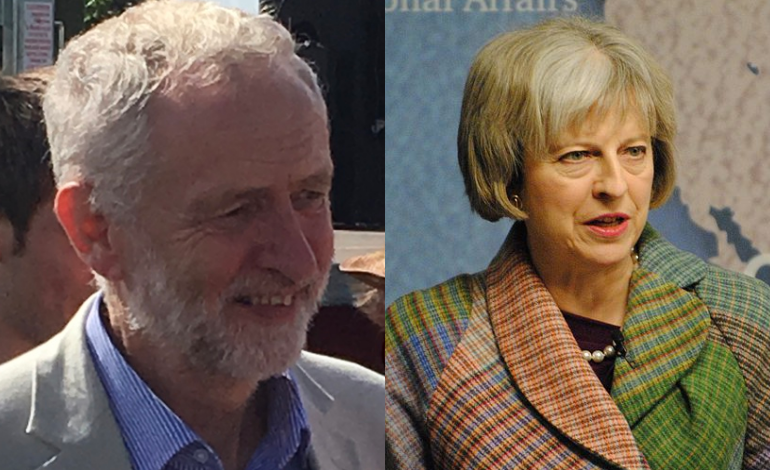 Labour has announced its vision of Brexit. In an interview on the BBC‘s Today programme, Shadow Brexit Secretary Keir Starmer has outlined the party’s plans. And it is both a clear and thoughtful approach that stands in direct contrast to Theresa May’s aggressive soundbites.

Starmer made clear in his interview and subsequent campaign speech that, while he campaigned to remain, Brexit will happen. A Labour government will leave the EU but will keep access to the free market and the customs union. And staying in the customs union is crucial economically, as it means that no fees are charged on goods exported within the union. EU exports make up 44% of all UK exports.

But at the core is a commitment to changing the tone of the negotiations. Starmer would first reframe the negotiation by guaranteeing the rights of all EU citizens living in the UK.

And the key to this policy is that Labour wouldn’t be asking for anything in return. It isn’t a negotiation chip. It’s a clear commitment to not bargaining with people’s lives. And as Starmer emphasised (2:13) on the Today programme on 25 April, it is about changing the tone of the negotiations:

This is all about the tone and the approach… It’s the right thing to do because there are millions of EU citizens in this country who are very concerned about their status.

Speaking in London, Starmer elaborated on Labour’s plans. He set out a strategy for Brexit based on “internationalism” and collaboration. And he was clear that:

Brexit does not have to mean whatever Theresa May says it means.

But not only did Starmer place access to the single market and the customs union as being integral to the Brexit negotiations, he also cited workers’ rights and environmental protections as being central.

At the heart of this, Labour would scrap the Great Repeal Bill and replace it with an EU rights and protections bill.

Starmer also pledged that parliament would have a full say in the negotiations and the final agreement. He criticised Theresa May for avoiding parliamentary scrutiny and pointed out that:

Brexit means Brexit and other such nonsense

Starmer’s considered and compassionate approach is a contrast to May’s soundbites. The Prime Minister believes that only she can provide the “strong and stable leadership” required for the negotiation process. But so far, all the evidence points to the contrary. Her bullish approach has led to soundbites of:

May’s other visions include a “red white and blue Brexit” and other platitudes such as:

What we must say is what is the right relationship for a United Kingdom that is no longer a member of the European Union. The best possible deal for the UK will also be a good deal for the EU.

But probably the worst of them all is her claim that:

Because saying that you’re going into a negotiation process and are happy not to achieve any kind of deal is a little mind-boggling, to say the least.

What is clear is that May supports a “hard Brexit”. A Brexit that involves leaving the single market, abandoning the customs union, and a real danger of losing some of our fundamental rights.

There is a choice

Starmer has set out a choice for the British people. We had a referendum and Labour will, rightly, honour that decision. But how we leave the EU can look very different.

The Conservative Party wants us to believe that Labour doesn’t have a vision for Brexit. But it does. And it is a compassionate Brexit that puts people and environmental protections at the top of the agenda. Alternatively, the Conservatives want to turn the country into a tax haven. It’s a party that advocates a “hard Brexit” with, potentially, “no deal”. It has a Defence Secretary who’s willing to use nuclear weapons in a first strike capacity. And it has a former leader who’s threatened war with Spain over Brexit.

On key issues, Labour is providing a clear, thoughtful and compassionate response. It’s just down to us to make the decision over whether we want to embrace five more years of Tory inequality and poverty that will only get worse through Brexit, or to embrace a different sort of politics that will benefit all of us.