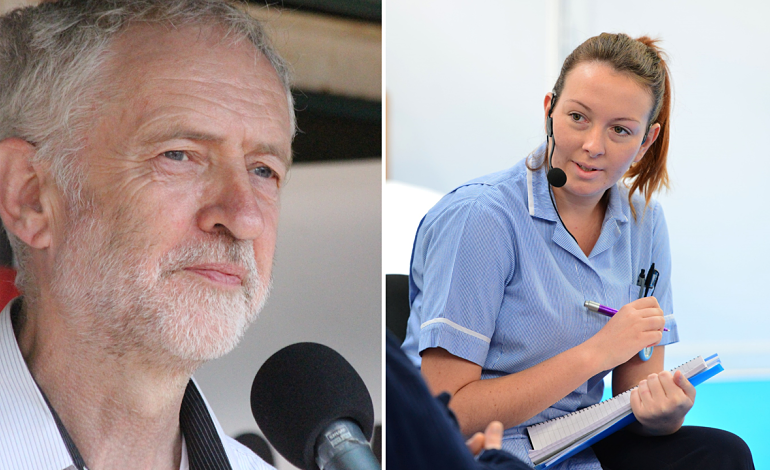 The Labour Party has set out concrete plans for making the NHS safer. And the Conservative response has been to retreat into cloud cuckoo land.

The NHS is facing many challenges due to years of deliberate Tory underfunding and the legacy of calamitous Private Finance Initiatives. One problem is that there simply aren’t enough nurses. And it’s not hard to see why. Nurses, like many public sector workers, have borne the brunt of austerity. A combination of pay freezes and capped rises means nurses have had a real terms pay cut of 14% since David Cameron and George Osborne took the nation’s reins in 2010.

Labour aims to tackle the crisis of recruitment and retention in the nursing profession by removing the cap on pay rises and reversing the government’s plan to scrap training bursaries. Shadow Health Secretary Jonathan Ashworth pointed out that low staffing levels are “a threat to patient safety”. And this is backed up by recent research.

But BBC reporting of Ashworth’s announcement chose to parrot the Tory response, while casting doubt on Labour’s economic sums. Most troublingly, it included the line:

But the Conservatives said Labour’s nonsensical economic policies would put the health service at risk.

Maybe the writer simply forgot to put the word “nonsensical” in quotation marks, which would have shown it was merely the opinion of Health Minister Philip Dunne. Although he didn’t forget when misquoting Ashworth as saying staffing shortages had become a “threat to patients”.

This casual swipe at Labour’s economic competence led into a party political broadcast:

‘A strong NHS needs a strong economy. Only Theresa May and the Conservatives offer the strong and stable leadership we need to secure our growing economy and with it, funding for the NHS and its dedicated staff,’ Health Minister Philip Dunne added.

Although actually, this merely highlights the poverty of Conservative policymaking. While Labour is plotting a real course to steer the NHS out of trouble, the Tories are asleep at the wheel. They seem to think that they can rely on their economic record. Even though that record is one of making endless cuts and still failing to meet targets for reducing the deficit.

The NHS was the top issue for voters at the last general election. This time, it’s likely to play a supporting role to Brexit. But Labour’s strong early moves show it’s determined to be the party of the NHS. And given the Tories’ limp response and atrocious record, surely removing them from any involvement in our healthcare is a matter of the greatest importance.

Featured image via John Ranson for The Canary / Flickr