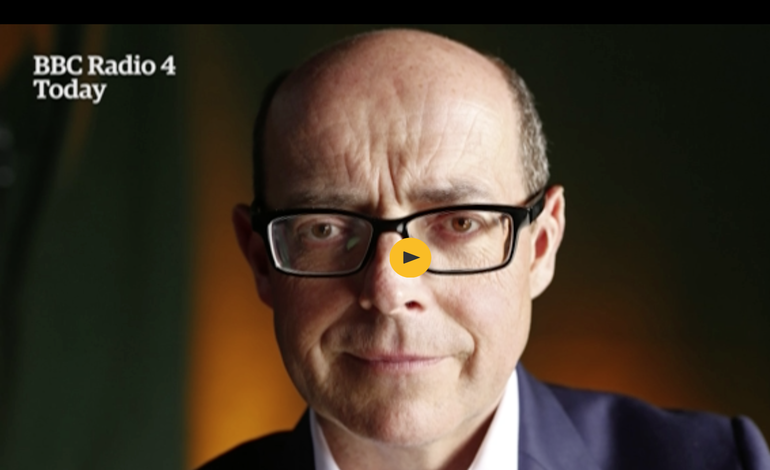 BBC Radio 4‘s Today programme stands accused of pro-Conservative bias after an interview with conservative free schools champion Toby Young. Host Nick Robinson failed to challenge Young on a number of misleading and inaccurate statements. The end result was to leave viewers misinformed about a damning new report on the free schools programme.

The Public Accounts Committee contains MPs from all main Westminster parties, and is responsible for assessing value for money on behalf of the taxpayer. This week, that committee published a report stating that the government’s free schools programme is “incoherent and too often poor value for money”. The report says:

While the department is spending significant funds in creating 500 more free schools, even in areas with no shortage of places, existing schools struggle to live within their budgets and carry out routine maintenance…

Landowners are able to push up prices in the knowledge that the department has few, if any, sites to choose from…

The department is in a weak negotiating position and commonly pays well in excess of the official valuation.

On average, it has paid 19% over the official valuation, with 20 sites costing over 60% more.

Many free schools are in inadequate premises, including many without on-site playgrounds or sports facilities.

The programme is the pet project of former Education Secretary Michael Gove. Free schools are state-funded, but outside of local government control. They can be set up by faith groups, charities and even businesses. And they’re free from government rules on pay and conditions for staff. Meaning they can pay teachers less, for more hours.

But if your only source on the report was the Today programme, you may have a different take on things. Host Nick Robinson debated the issue with failed free school creator Toby Young, and Labour MP and Public Accounts Committee chair Meg Hillier. No mention was made of the fact that conservative journalist Young had quit as CEO of the West London Free School Trust after declaring “I hadn’t grasped how difficult it is”.

Young was able to cherry-pick data from the report, and misquote it in several places – without challenge from Robinson.

Outstanding scumbaggery by Toby Young #r4today – sticking to a prepared script, not comparing like with like, not addressing the real issues

Toby Young quoting selectively? No no no, surely not! #r4today

Young also claimed – incorrectly – that the report was the product of the Labour Party. Robinson failed to point out that the Public Accounts Committee is dominated by Conservative MPs.

You can hear the exchange in full below:

This bias toward conservative sources is consistent with the findings of a 2013 content analysis of the BBC by Cardiff University. The study found that:

BBC bias is real and dangerous

The problems with the BBC start at the top. The chair of the BBC Trust is Rona Fairhead, a long-time friend of former chancellor George Osborne. Before culture secretary Sajid Javid appointed Fairhead to the Trust, she worked as a cabinet office member for the Conservative government. She even served as a business ambassador for David Cameron while also serving as chair of the BBC Trust. It would be fair to describe her as a Conservative loyalist. Prior to this, Fairhead led HSBC bank while it became the money-laundering centre of the financial world. HSBC only escaped charges for money-laundering after a personal intervention by Fairhead’s old friend, Osborne.

The Director of News and Current Affairs at the BBC is James Harding, a former employee of the Murdoch press. He was editor of The Times newspaper when it exposed the identity of police blogger ‘NightJack’ by hacking the blogger’s email accounts. His legal team then covered up the hacking during a court case against the action. Harding has also gone on the record as ‘pro Israel‘.

This is the calibre of the figures responsible for hiring the news teams, presenters and journalists who will report the news.