While Labour proposes saving our NHS, Jeremy Hunt proves he lives on a different planet - Canary 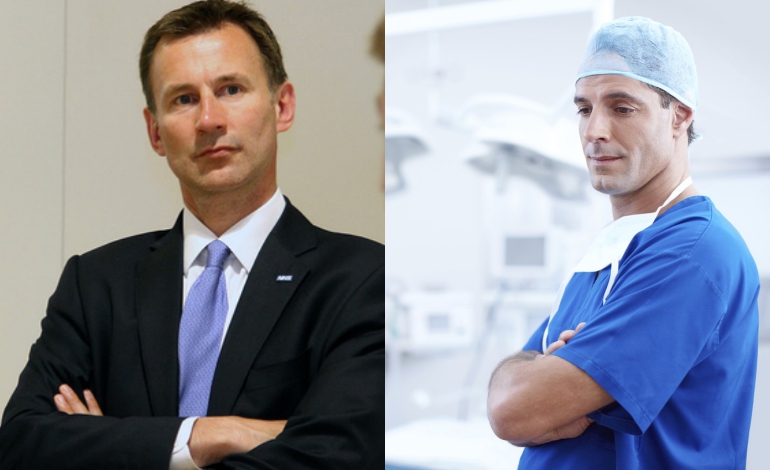 Labour is outlining plans to save the NHS. One of its key policies is to reinstate bursaries for nurses. Bursaries that were slashed by Health Secretary Jeremy Hunt. But Hunt’s comments on the Today programme reveal how out of touch he is with reality.

Jeremy Hunt and his alternate universe

Changes to bursaries come into effect on 1 August 2017. Previously, grants were available for nurses and midwives to train. Paid by Health Education England, these bursaries covered course fees and living expenses. But Hunt got rid of them. And now, new students will have to get student loans to pay for their courses.

Speaking on the Today programme, Hunt claimed that:

We want to put more money into training more nurses and as a result of that policy change we will be able to train record numbers of nurses in the next few years, thousands more nurses to go onto those wards and relieve the pressure in those hospitals.

The decision to cut bursaries was highly criticised. The Royal College of Nursing’s General Secretary, Janet Davies, said in May 2016:

Our members tell us that the fees could put people off, particularly older students who come into nursing later on. They are very important for the diversity of the workforce. This seems a risky move at a time when we are short of staff.

And she has been proved right. Applications to universities have fallen by 23%. Davies spoke about the figures:

These figures confirm our worst fears. The nursing workforce is in crisis and if fewer nurses graduate in 2020 it will exacerbate what is already an unsustainable situation.

That is the NHS that has descended into crisis on Hunt’s watch. And despite cold hard evidence over what he has done to the nursing profession, he’s in denial. But not only is he in denial. He’s also trying to spin a reality that doesn’t exist.

It is unknown on what planet cutting the money that trains nurses and seeing applications fall by nearly a quarter equates to training “record numbers of nurses”. Because it certainly isn’t this one.

But an alternative is possible

Meanwhile, Labour is setting out a coherent strategy for saving the NHS. Other than reinstating bursaries, policies include scrapping the 1% pay rise and increasing pay to a “sustainable level”, and introducing rules on safe staffing levels.

NHS workers are speaking loudly and clearly. If we want to save the NHS, we have to get rid of the Tories. We have an opportunity to do so, and we must take it.