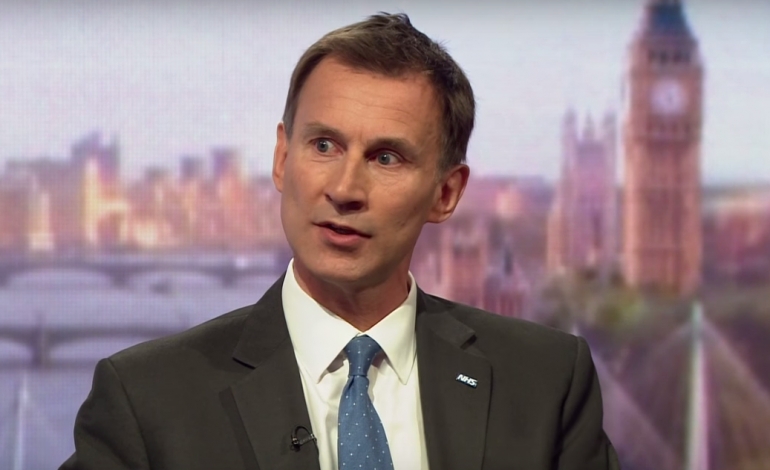 Health Secretary Jeremy Hunt appeared on the BBC Andrew Marr Show and talked about the Tories’ plans for improving mental health services. He promised there would be 10,000 extra mental health staff by 2020, in a bid to address discrimination against people with mental health issues. Hunt said the plan is in response to the 1983 Mental Health Act, which has seen vulnerable people detained or sectioned unnecessarily. Hunt’s pledge has the appearance of compassion and justice to it. But that’s about it. It’s without substance. This is because the Tories continue to cut off support and treatment for people with mental health problems.

Warm words from the Tories will not help to tackle the injustice of unequal treatment in mental health.

Extra staff are absolutely necessary. But if there’s no funding in place for more hospital beds, then it’s unlikely that the problem of unnecessary detention can be tackled.

Actions speak for themselves. The Conservative government hasn’t just failed to pump more money into mental health services. It consistently cuts these services as well.

Between 2010 and 2015, under the Conservative-led government, mental health trusts lost the equivalent of £598m from their budgets each year. May is not taking real action to rectify the situation. She says she wants to end mental health stigma and achieve parity of esteem. But these are not honest aims. The Department for Work and Pensions’ (DWP) new criteria discriminate against claimants with mental health issues. And if people with mental health issues have to wait longer for treatment than they would if they had a physical issue, this further perpetuates the idea that mental health is not as important as physical health.

A spokesperson for Psychologists Against Austerity said the continued austerity programme has “hit the most vulnerable the hardest and been the most toxic for mental health”.

There are certainly no signs that austerity measures are being weakened. Findings show that there will be £4.5m of mental health spending cuts across five areas of England.

As Helen Lewis writes for the New Statesman, ‘austerity’ might have disappeared from the government’s vocabulary, but it is still very much with us. And there’s every reason to suspect it will continue.

Shouldn’t the Health Secretary be a bit more clear?

There was something else that Hunt said on the Andrew Marr Show that can’t be ignored. He mentioned that “1 in 6 of us have a mental health disorder”. But he did not clarify that this figure applies to any given week. Not specifying this shows a lack of rigour, especially for a Health Secretary. It could also underplay the seriousness of mental health issues in this country. After all, 1 in 4 people in the UK will experience a mental health problem each year.

We need a government that tackles the symptoms of mental health issues through extra funding, better treatment, more staff and less discrimination and stigma. But this is the least that can be done. Ultimately, we need a government that is also committed to addressing the factors that contribute to mental illness. This is also where the Conservative government fails. The stress of the disability benefits system has led to people having suicidal thoughts. This has sometimes been made even worse by grossly insensitive questioning. And cuts to housing benefits plunged an estimated 26,000 people into depression.

Don’t believe Hunt’s ‘warm words’ on mental health. There is nothing warm about what his government is doing to the millions in this country who are struggling on a daily basis.