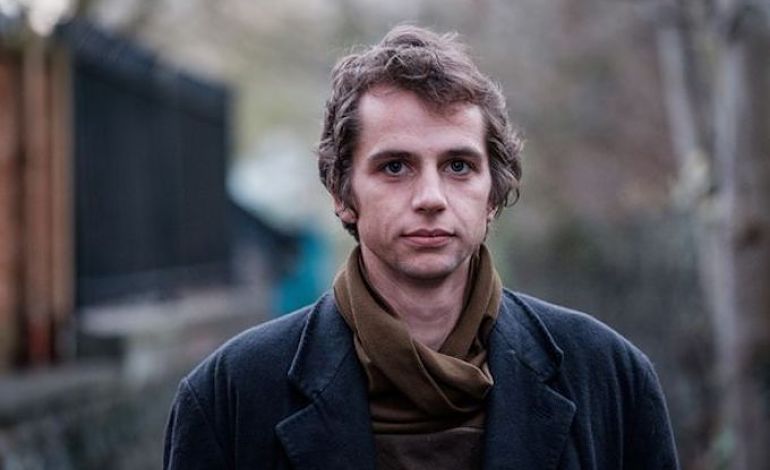 Bristolian Josh Walker faces terrorism charges, even though he has allegedly fought against terrorism. And his case could affect not only others like him, but also journalists and researchers.

After his return from Syria, police told Walker that he faces charges under Section 58 of the Terrorism Act. But not for supporting Daesh (Isis/Isil), Al-Qaeda, or other jihadis. Instead, for his time allegedly working as a translator with the Kurdish-led YPG, which has long been one of the most effective forces fighting against Daesh on the ground in Syria.

As The Canary previously reported, Walker’s preliminary hearing was at Westminster Magistrates Court on 5 May.

Alleged offences under the Terrorism Act

But these offences are open to interpretation, as one Freedom of Information response from the Crown Prosecution Service suggests. And a successful conviction of Walker in relation to clause (b) could also impact upon the work of journalists and other researchers.

However, the Act adds that:

It is a defence for a person charged with an offence under this section to prove that he had a reasonable excuse for his action or possession.

The Washington Post has referred to the YPG as “key” in the war against Daesh. And the British and US press regularly report on the group’s leading role in fighting the terrorist group. There is also evidence that the US in particular has been actively supporting the YPG. Just like Walker did.

Earlier this year, The Washington Post reported that the US military was giving the YPG and its affiliates training. The US has also provided weapons to the YPG-led Syrian Democratic Forces (SDF). These forces are currently advancing on the self-proclaimed Daesh capital of Raqqa.

In May 2016, evidence also showed how US troops in Syria were working closely with the YPG. An Agence France Presse report even describes how some of the US troops wore:

the patch of a Kurdish People’s Protection Units (YPG). Still others of a women’s unit within the YPG… An SDF commander tells us that the men are US special forces and are there to provide training. Later, a Pentagon spokesman said that American commandos often wear insignia of the units that they train.

“Partner forces” in the fight against Daesh

Our special operations forces in the past have, yes, worn insignias and other identifying marks with their partner forces.

And US Army Col. Steve Warren, a spokesman for US forces in Iraq and Syria, called the patch a “sign of partnership”. This arrangement was confirmed in a tweet by Air Force Col John L. Dorrian, spokesman for the US-led coalition against Daesh. Then, in March 2017, reports suggested once again that US special forces were working alongside the YPG.

This month, SDF sources even suggested that US forces would prevent further Turkish bombings on SDF and YPG positions in northern Syria. And a Pentagon spokesperson referred to these bombings as attacks on “partner forces”.

Meanwhile, the British government continues to arm the Turkish state. Despite President Recep Tayyip Erdoğan’s destruction of majority-Kurdish cities and towns in south-east Turkey. And despite Erdoğan’s crackdown on human rights (especially since the 2016 coup and the purge that followed).

Earlier this year, Prime Minister Theresa May signed a £100m jet fighter deal with Turkey. And between July and September 2016, the UK sold Turkey £26m-worth of armoured plate, body armour, and helmets. As well as £8.5m-worth of aircraft, helicopters, and drones. And almost £4m-worth of licenses for missiles, bombs and “counter-measures”.

The Kurdistan Solidarity Campaign suspects that business ties and Turkey’s current war with its Kurdish communities are central to Britain’s prosecution of people like Josh Walker for supporting Kurdish-led forces in Syria in their fight against Daesh. The group recently spoke about Britain’s “relationship with repressive regimes like Turkey” and insisted:

We cannot allow the UK to dance to Turkey’s tune of criminalising the Kurds, their friends and allies.

Ultimately, it’s all about democracy

Cooperation between the US and Kurdish-led forces in Syria is almost entirely military. In spite of the latter’s key role in the fight against Daesh, for example, almost no nations have given the political system they defend official recognition or political support. But this system is a secular, multi-ethnic, and feminist experiment in direct democracy. And increasing the democratic voice of communities in Syria will be key to ending the devastating conflict that has ravaged the country since 2011.

Reporting restrictions were apparently imposed at Josh Walker’s hearing on 5 May. But his case will be heard at the Old Bailey before a jury later in May. And we all need to be aware of the upcoming trial, because it could have an impact not only on volunteers who have travelled to fight against Daesh, but also on journalists, researchers, and the battle against terrorism as a whole.