The Tories were hoping no-one would stumble across this list of mass NHS sell-offs before the election. But we did. 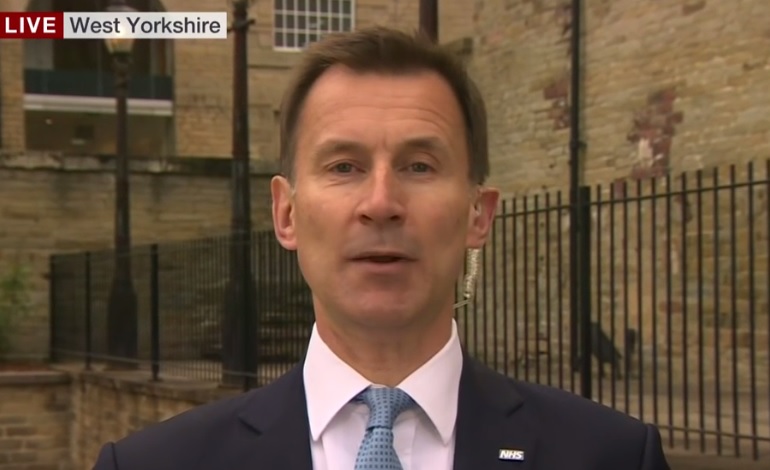 The Tory government has come under fire for backing the Naylor report. Theresa May has vowed to implement the Naylor proposals, which advise the government to sell off NHS assets in order to bring the health service in line with budget plans. It could potentially mean £5.7bn worth of NHS assets are sold off.

But it’s so extensive that, once coupled with the looming Naylor firesale, it’s hard to see how we’re going to have many NHS assets left if the Tories take power on 8 June.

There are 345 parts of the NHS designated as “surplus land” on the list, which is freely available to download on Google. The list, which seems to have been created in 2016, reveals that sales of this “surplus land” started in 2013 and will continue until 2020. The sell-offs did, however, reach a major peak in 2016.

In 2014, Health Secretary Jeremy Hunt asked Lord Carter of Coles to prepare a report on how the NHS could “improve efficiency in hospitals in England”. The Carter report was submitted [pdf] in February 2016. It advised that hospital trusts needed to standardise their estates in order to achieve “efficient” running costs. It said [pdf] that trusts should create:

a plan to operate with a maximum of 35% of non-clinical floor space and 2.5% of unoccupied or under-used space by April 2017.

Around 100 of the “surplus land” plots were sold or advertised in 2016 following the report.

Give me the good stuff

Sometimes, the sales constituted only a small proportion of the trust’s assets. For example, a trust may have planned to sell a car park, or one of its non-essential buildings. But on other occasions, whole centres or facilities were included in the “surplus land” list. Such as, but not exclusively:

Furthermore, the sites earmarked for sale were overwhelmingly part of Mental Health and Learning Disability Trusts. Yet in the election campaign, the Tories have taken great pains to promise support for those with mental health issues. Of the 345 sites deemed as surplus, 178 of them belonged to these service specialities.

32 sites owned by Ambulance Trusts were also pegged for sale. As were the following:

Mental Health and Learning Disability sites for sale regularly included entire clinics or facilities being lost. Ambulance stations were also more commonly up for sale in their entirety.

The list contains a high number of assets that seemingly weren’t sold by the time it was published. Because an extensive amount do not have any figures attached for sale income.

The Canary contacted the Department of Health. Citing election ‘purdah’ rules, an official declined to comment beyond verifying the existence of the list.

According to the list, the NHS was already offloading masses of its assets as of 2016. And then, in March 2017, the government commissioned another report – the Naylor report – which advised trusts to sell off even more. Perhaps trusts weren’t doing so quick enough the first time round. Because the Naylor report comes with quite severe ‘incentives’ to force these sales.

The incentives it recommends [pdf] include withholding capital funding from health entities that don’t sell assets quickly enough, raising government charges for those that choose to retain assets, and bribing the NHS to sell with a “2 for 1” offer. That means the government will match the money raised through a sale for trusts that do so.

The Carter report and the Naylor report justified these recommendations with a cost-cutting argument. The former report claimed [pdf] some trusts’ running costs were too high. The latter report says the government’s Sustainability and Transformation Plans can’t be achieved without more sell-offs.

Whatever the motivation, the effect is clear. Our NHS assets are slowly but surely being whittled away. The government is coordinating this while it starves the health service of necessary funds. And it’s all in the name of ‘belt-tightening’. But these sales have one clear beneficiary: the private sector. And that’s also true of the government’s decision to accelerate competition in the NHS with its Health and Social Care Act. An act which means the private sector now runs £13bn worth of our public health service.

The public, however, are not benefiting. Instead, we’re watching the NHS disintegrate before our eyes. And that’s only going to continue if people vote the Tories back in on 8 June.