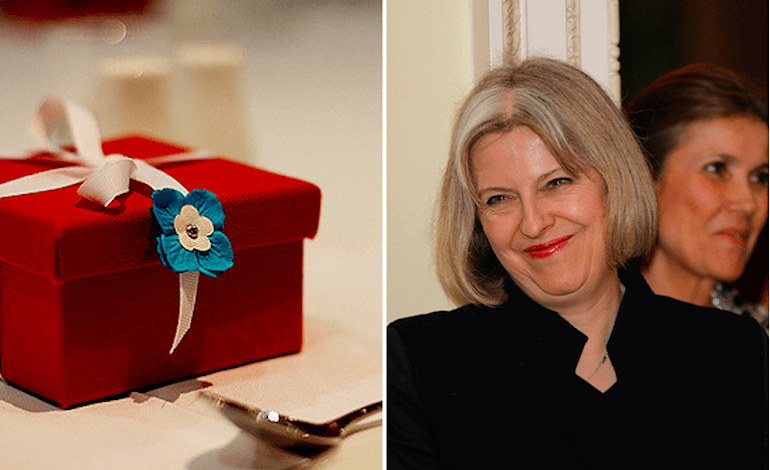 The Tories have promised to raise the minimum income threshold to sponsor a spouse to live in the UK. But they have failed to say by exactly how much. It could mean many people will see their partners unexpectedly deported once their visas expire.

Buried in the Tory manifesto

The current rules for sponsoring a spouse say that the sponsor must earn a minimum income of £18,600 per year. This amount increases with the number of children a couple has.

Now, the Tories want to increase that even further. According to their manifesto [pdf p54]:

We will… continue to bear down on immigration from outside the European Union. We will increase the earnings thresholds for people wishing to sponsor migrants for family visas.

But the manifesto does not explain the policy any further. It does not say what the increase will be or who it will affect. Those already married with current spousal visas, or new applicants only. And the vagaries around the policy are worrying some couples.

Jamie Crook, a 33-year-old musician from Gosport, was so concerned that he wrote to his local Conservative MP Caroline Dinenage. The Canary has seen their correspondence.

Dinenage’s assistant Glenn Duggan wrote back saying they couldn’t clarify the policy and admitted it was “vague”:

The issue you are seeking clarification over, is just one line in the Conservative Manifesto and like a lot of things in any Party’s Manifesto, is vague and no one at this stage is able to provide any further information, so we are not able to provide you with the information you are requesting.

Duggan did suggest that new rules probably would not affect Jamie’s wife, an Australian citizen. And he promised to help Crook if needed after the election if Dinenage retains her seat.

But Crook told The Canary he fears that no one knows what the new policy will be, and that Duggan is basically guessing what the policy might mean for his wife.

In love from different parts of the world

Crook says he is self-employed with a modest income. But as he earns over the current threshold, his wife Michelle is able to stay under the current terms. If the Conservatives remain in government and increase the threshold by £2,000+, though, his wife may have to leave and return to Australia when her two-and-a-half-year visa runs out in January 2018. He told The Canary:

We have already invested a few thousand pounds into the immigration/visa process for my wife and to start again with me travelling to Australia would cost an awful lot of money as well. For us at least.

neither of us has ever relied on the state for money. We are not a drain on the system. Simply we are a married couple, in love, who happen to be from different parts of the world, who want to be able to live in the same country and contribute and pay taxes to society just like anybody else.

Crook points out that many people are shocked that his wife has no right to stay. They assume she automatically does because she is married. He calls it “one of the great misconceptions in our society”:

The look of shock on some of my friends / families’ faces when they realised that Michelle’s right to stay was not automatic now we are married is something I won’t ever forget.

And it’s an issue that needs wider attention. The current policy has already been criticised. Many couples have been uprooted and continue to be torn between the UK and other countries. It leaves them struggling to find work in a country they know little about. And in some cases, it has been detrimental to their mental well-being.

Furthermore, the rules have been called nonsensical and rigid. Because they fail to take into account both incomes. And even the Supreme Court said the rules need to change and align with human rights.

It’s a desperate effort to drive net migration down to untenable levels. And of all the surprises married couples could expect, this is a sick plan for the government to be imposing.