If you're wondering why you can't get a GP appointment, Jeremy Hunt now knows the shocking answer - Canary 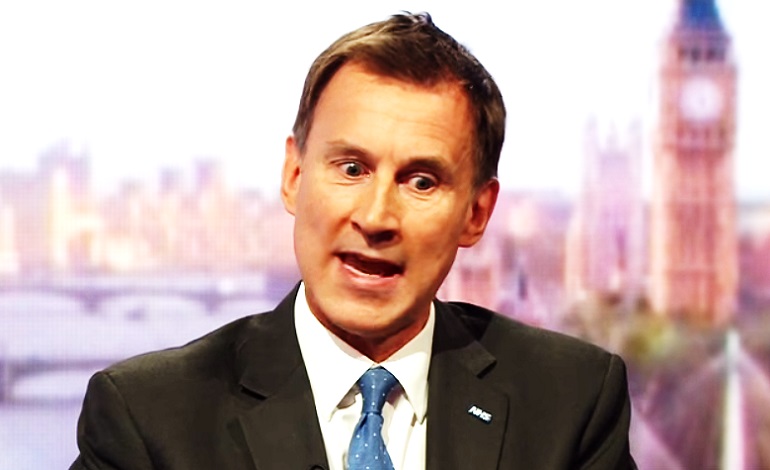 The extent of the crisis in England’s GP services has been laid bare. And if there was any doubt as to why patients are struggling to get appointments with their doctors, Jeremy Hunt now has the answer right in front of him. And it’s staggering.

NHS Digital has released statistics [pdf] on the number of GP surgeries that have opened and closed, for the year up until 30 June 2017. And they show that, in the space of 12 months, 202 GP practices either closed or merged across England; with just eight opening to replace them.

As GP Online reported, the regional breakdown of closures and mergers was:

GPs pushed to the brink

But the closures were confined to 47% of the 209 Clinical Commissioning Groups (CCG); meaning the majority of England saw no closures or mergers at all. In contrast, NHS Digital’s data showed that the number of patients registered with GPs had increased, again; up 55,178 in July compared to June. And there are now 2,427,526 more registered patients than in July 2013. Meanwhile, the number of full-time GPs dropped by nearly 3% in the year up to March 2017.

But any action by GPs comes in the context of a wider crisis within the NHS. As The Canary has repeatedly documented:

Additionally, between 2010 and 2015, mental health trusts lost the equivalent of £598m a year from their budgets. And findings show that there are still £4.5m of mental health spending cuts to come. Also, there will be an additional £85m in cuts to public health budgets this year alone.

A GP speaks out

The Canary spoke to writer and GP Dr Kailash Chand OBE. And he perhaps best summed up the situation:

General practice, ‘the jewel in the crown of the NHS’, is at the brink of extinction. Across the board, GPs today are underpaid and overworked. The NHS is losing good people because GPs feel demoralised. They haven’t had a pay rise in seven years: a 1% uplift this year is a real-terms pay cut. The entire crop of GPs is undervalued, and more and more work and expectations are being put on them.

But the NHS is also facing financial meltdown, catastrophic workforce issues and political uncertainty. It is a world-class institution – with world-class practitioners now being torn apart by second-rate politicians. We are already on the way to the end of comprehensive healthcare, free at the point of need, available to all who need it.

Once the NHS is gone, it will be gone forever. And sick people will face the nightmare of not being able to afford the treatment they need. It’s time to stand up and fight!

The end of the NHS?

We have a now-permanent crisis in hospitals; GP surgeries over-subscribed and at breaking point; and social care is severely under-funded. But many believe that the Tories’ approach to the NHS is one of ‘shock therapy‘; that is, create a crisis so bad that the only apparent solution is to sell it off to private companies. And with this latest news about GP practices, we could – as Chand says – be well on the way to the end of the NHS as we know it.