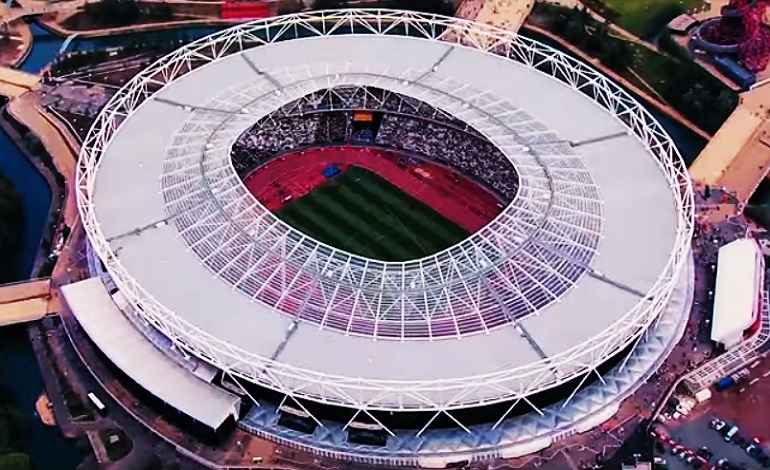 On Friday 14 July, the World Para Athletics Championships began in London. But while most of the public may have seen the opening ceremony, there was another event taking place. And it was one with a message about the ‘superhumans’ who don’t get medals.

Disabled People Against Cuts (DPAC) held its own ‘opening ceremony’ outside the Queen Elizabeth Olympic Park in Stratford, East London. The group was there to highlight successive government’s cuts to support for disabled people. But also to raise public awareness  about its ongoing week of action: 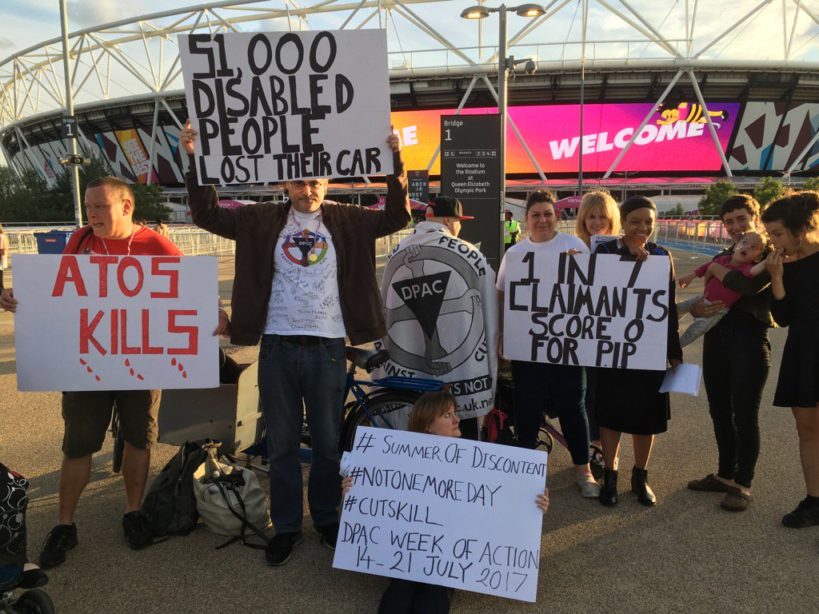 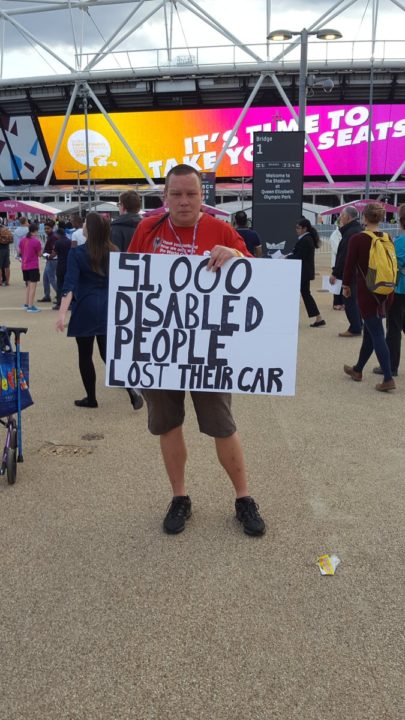 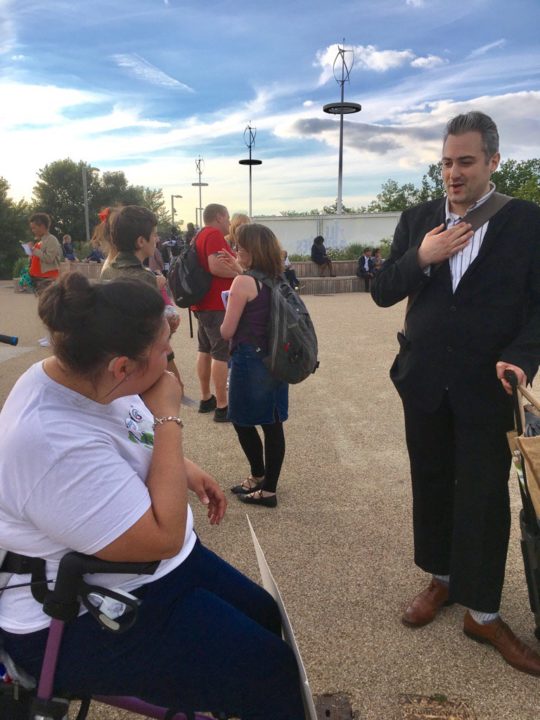 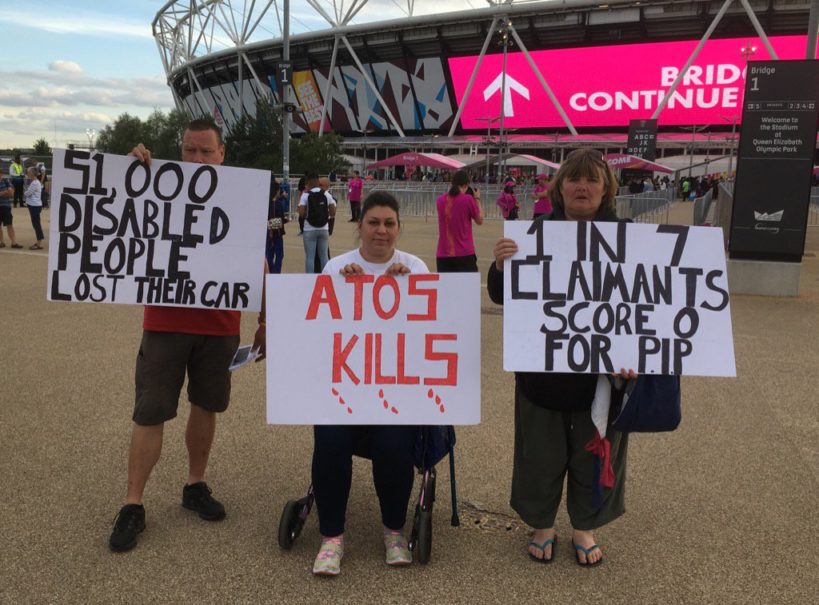 There is a stark difference between the celebration of sporting achievement at events like the Para Athletics, and the reality of life for most disabled people in the UK. Because since the Tories first came to power in 2010, deaf, disabled and sick people, including those living with mental health issues, have been the subject of countless benefit cuts. A UN report said the Tories had committed “grave” and “systematic” violations of disabled people’s human rights. It also said they have been “disproportionately” affected by successive governments imposing years of austerity. And nearly half[pdf[ of all poverty in the UK is directly linked to disability.

A summer of discontent

DPAC’s action at the Para Athletics kicked off its “Summer of Discontent” week. Over the next few days, DPAC will be holding numerous campaigns and demos up and down the UK.

It is holding a national day of action on Tuesday 18 July, and lobbying MPs at parliament on Wednesday 19. The group will then be at the Department for Transport on Thursday 20. As The Canary has documented, DPAC and passenger groups have been campaigning against the introduction of Driver Only Operated trains (DOO). Campaigners believe that this, along with operators like Southern Rail scrapping full disabled access at 33 stations and overcrowding, breaches the 2010 Equality Act. DPAC are campaigning for the right of disabled people to just “turn up and go” on public transport.

Finally, on Friday 21 July, DPAC will be protesting at ATOS headquarters. The company used to have the government contract to carry out Work Capability Assessments on disabled people. And while it lost this, it still carries out assessments for PIP payments; assessments that DPAC claim are riddled with “inaccuracies” and “lies”.

Campaigner, artist and writer Penny Pepper wrote in The Guardian in 2016 that the Paralympics only served to “highlight the wretched depths in which we, ordinary disabled mortals, find ourselves, and… how the stereotypes are polarised between superhuman and scrounger”. She further said:

The hyping of disabled athletes into superhuman status by Channel 4 only deepens our wounds, inflicted by continual assaults on our daily lives. It truly seems that the only acceptable disabled person is a Paralympian – and then only for a few weeks.

The superhuman shtick is a tiresome diversion away from what is important. Let us be ordinary, let us be every day and let us at least have rights. Rights to independent living.

We should, of course, celebrate the achievements of Para Athletes. But any success is tainted by the fact that millions of disabled people in the UK are having to fight for their most basic of rights. And they don’t want medals, podiums or success. Just equality and independence.

– Support DPAC and the Mental Health Resistance Network. And join in the Summer of Discontent.

– Pre-order Penny Pepper’s book, First in the World Somewhere: The True Adventures of a Scribbler, Siren, Saucepot and Pioneer.