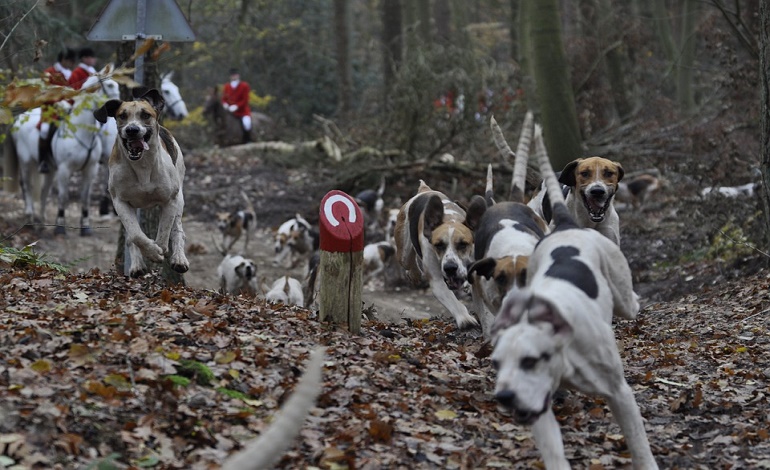 THIS ARTICLE CONTAINS IMAGES WHICH MAY UPSET THE READER

There has been another attack by fox hunting hounds. And this latest in a long line of shocking incidents demonstrates why the law surrounding fox hunting should remain in place, or even be further enhanced. As the victim of the attack says the hounds were “out of control”.

Dr David Mullin was walking his two dogs, a lurcher and a whippet, at around 8am on Thursday 13 July. The incident, which Mullin claims involved the Mendip Farmers Hunt happened on Eastwater Lane in Priddy, Somerset. And this was the alleged result of the attack on Mullin’s whippet, Alfie: 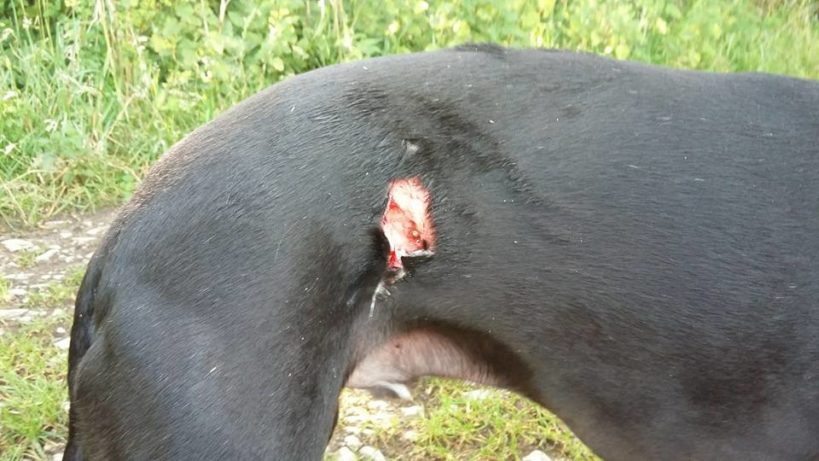 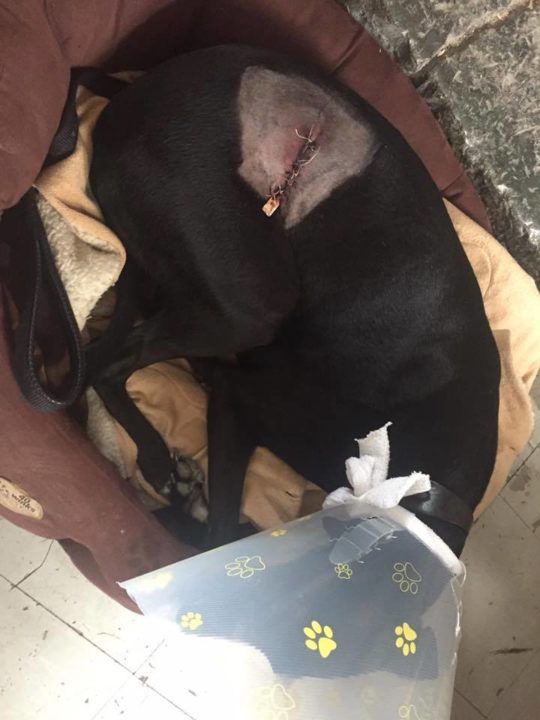 There were about 36 hounds in total and about 10 of them attacked my dogs. The huntsman used his whip on my lurcher, who was also bitten and my whippet received extensive injuries which so far have cost us £350. The anticipated bill will be around £500.

The hunt are claiming that my dogs started it, despite the fact that they were both on lead and off the path. They have a photo of a dog with a bite in it’s flank but they have not provided any evidence that this happened on the day, or that my dogs did it.

He said that the Master of the Hunt contacted him after the incident, and said he was “sorry that [his] dog was injured”. But Mullin claims the Master said “it was my word against his”. And he then said the hunt’s hounds “walk past dogs and children all the time and this has never happened before”.

But Mullin quoted the Dangerous Dogs Act to him, and “he was slightly taken aback”.

When Mullin went to Avon and Somerset Police, they allegedly told him that the Dangerous Dogs Act only applies if a person is attacked or feels threatened and it doesn’t apply to animals or dogs. Mullin said:

I asked him what would happen if the dog was killed and he said that wasn’t covered by legislation either and that I’d have to mount a private prosecution. The upshot? A hunt can attack or kill dogs with impunity.

The most dangerous of ‘sports’?

Mullin, a lecturer in archaeology, used to live in the village, so knows the area and the hunt well. He is currently in the area conducting an archaeological dig with students from the University of Worcester. But he says that having lived in the village with his partner Dr Jodie Lewis, he is aware:

The Mendip Farmers Hunt are very unpopular here – even with pro-fox hunting people. Our old next door neighbour has banned them from her land as they were always out of control.

So it does seem as though Avon and Somerset Police should at least be investigating the incident.

No comment from the Mendip Farmers Hunt was received at the time of publication.

Opposition to fox hunting is at an all-time high. And it seems that Theresa May is heeding public feeling, as she has backed down on giving parliament a vote to repeal the Hunting Act. But shocking incidents like this will only serve to add more fuel to the argument that fox hunting should remain severely restricted. Or made completely illegal with even harsher penalties.

– Read more from The Canary on fox hunting.