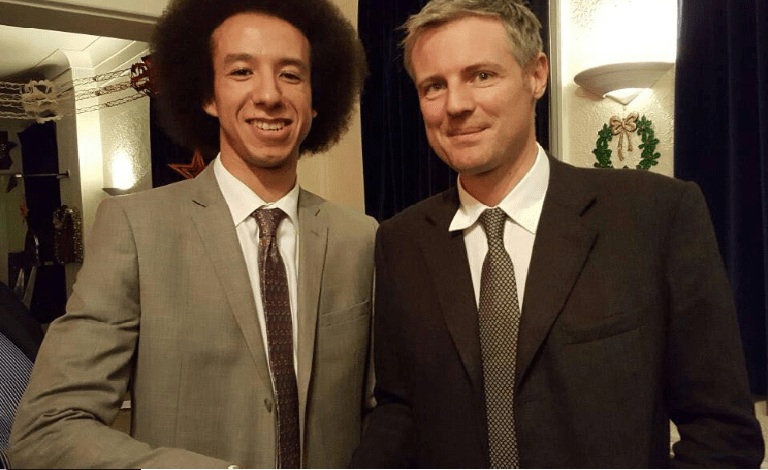 Right-wing media outlets have hidden the real identity of a ‘leading teacher’ to spread incredible claims about UK schools. A number of recent articles in the pro-Tory press claim schools are ‘brainwashing’ children to support the Labour Party: 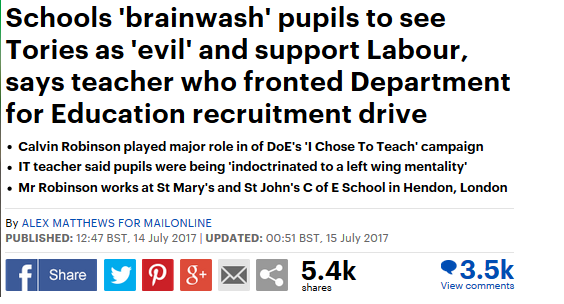 The outlets quote IT teacher Calvin Robinson, who wrote:

But the media outlets ‘forgot’ to mention important information about Robinson. For starters, he ran as a Conservative candidate for a council by-election in Kilburn: 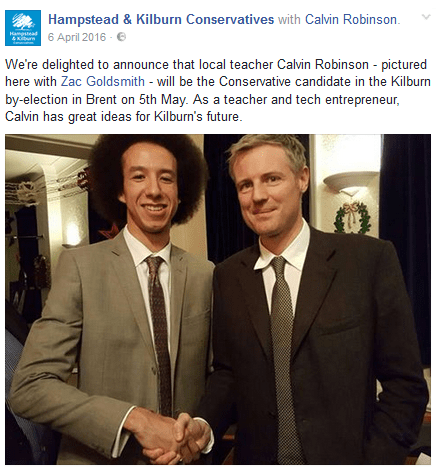 Robinson also co-founded Conservative Friends of the Caribbean, was a campaign coordinator in the 2017 general election and a Vote Leave team leader. The longstanding Tory activist was also a youth officer for the Hampstead & Kilburn Conservative Association.

But none of this information is included in The Daily Mail, The Telegraph, The Sun or Breitbart: 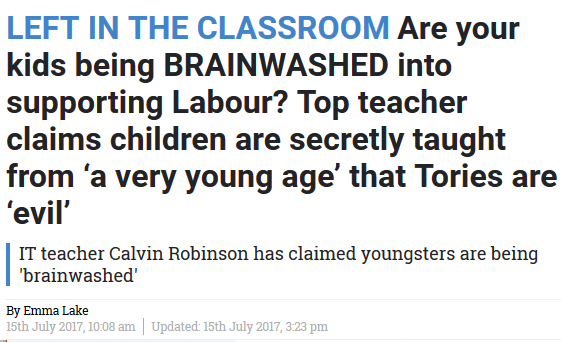 The Times [paywall] does offer readers some insight into the aspiring politician’s staunch Conservative views. It points out that Robinson will also stand as a Conservative candidate for Swiss Cottage in the 2018 local elections.

But none of the outlets even mention his work for the Conservatives, preferring instead to spread dangerous propaganda about children.

In his piece, Robinson argued:

Surely there should be some system in place to prevent our younger generations from left-wing brainwashing.

The IT teacher is rallying against what he calls “left-wing brainwashing”. But only a few months ago the former and prospective Conservative candidate was lamenting the lack of jingoism in schools:

Singing the national anthem and flying the Union Flag at school should be a daily routine, as part of a wider PSHE/Citizenship curriculum designed to instill and reinforce British values​.

Immigrants claiming British citizenship swear an allegiance to the Queen, yet British-born children are left out of that practice. We should be uniting all British citizens under a common Oath of Allegiance, singing the national anthem together and flying the Union Flag.

In short, right-wing media outlets have hidden the real identity of Robinson to spread propaganda. He is a Conservative candidate, activist, Vote Leave team leader, campaign coordinator, youth officer and the co-founder of a Conservative organisation. And if daily nationalist flag-waving and singing is what Robinson considers normal, it’s no wonder he sees left-wing bias everywhere.

The articles only betray a desperate attempt to smear Labour using teachers, children and schools. They are clearly bricking it over the Corbyn-led surge.