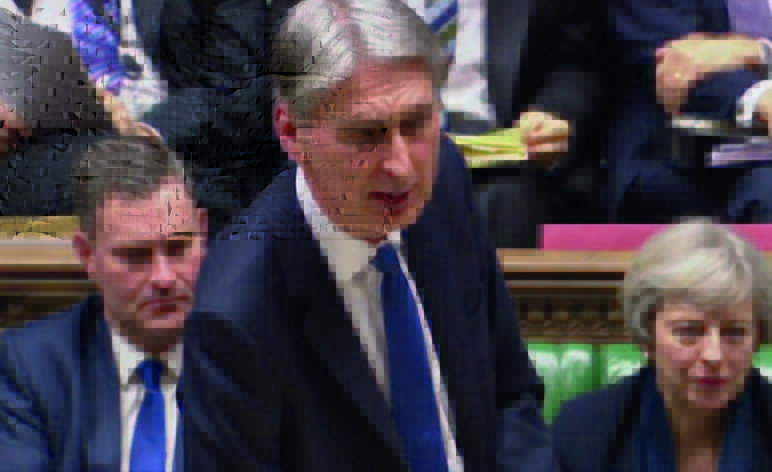 According to five sources [paywall], the Chancellor of the Exchequer Philip Hammond has said public sector workers are “overpaid”. Although he has refused to deny or confirm it, the allegations are important regardless. Because if true, they show that disdain for public sector workers is present at the very top of government. If false, it gives further proof that senior Tories are openly at war with one another.

According to a recent report, the public sector pay cap means workers have seen their wages fall in real terms since 2010. This includes an average pay decrease in real terms of £3 an hour for teachers and £2 an hour for police officers.

It recently looked like the government might vote to lift the public sector pay cap. They then U-turned on the expected U-turn and voted for it to stay in place. And when the vote passed, they cheered.

A source speaking to The Sunday Times alleged that [paywall]:

Philip [Hammond] used a fairly inflammatory phrase. He said they were ‘overpaid’.

That caused some general astonishment. His overall tone was that we shouldn’t give them more cash because they are overpaid. Later in the meeting both Boris Johnson and the PM said we should not say public sector workers are overpaid.

The Treasury department has denied these claims. Specifically, one Treasury source said [paywall]:

Which means that, at the very least, the Chancellor thinks public sector pension premiums are too generous. Which will be another worry for already worried public sector staff. Especially as Hammond has been touted as a potential replacement to Theresa May.

Hammond himself has since refused to confirm whether he said it or not:

Philip Hammond "I'm not going to say whether I said public sector worker are overpaid" So basically, you did. #marr pic.twitter.com/4EEhz7XubF

There are several factions within the Conservative Party. But the most obvious faultline in the party now is between Tories who favour a hard or soft Brexit.

Hammond is seen as someone who favours a ‘soft’ Brexit. Recently he said government will prioritise the economy and jobs. To hard Brexiteers, that translates as potentially maintaining freedom of movement or EU oversight. This puts him at odds with other potential replacements for May, including David Davis and Boris Johnson.

Regardless of which side of the Conservative Party ultimately wins the battle for Number 10, it’s clear that they will struggle to push through their agenda. The Tories’ slim minority in government means that any vote could be defeated by a small rebellion. This in turn means that they will struggle to pass anything which is even slightly controversial. Which is problematic, as when it comes to the Tories and Brexit, everything is controversial.

Ultimately it doesn’t matter if he said those words out loud though. Because he has publicly spoken in favour of keeping the cap since the election. And this means that in real terms, public sector staff will carry on getting paid less and less.

– You can also join The Canary, so we can continue to work for the people, not the powerful.