Tony Blair shared his thoughts on Brexit. The response he got is priceless [TWEETS] - Canary 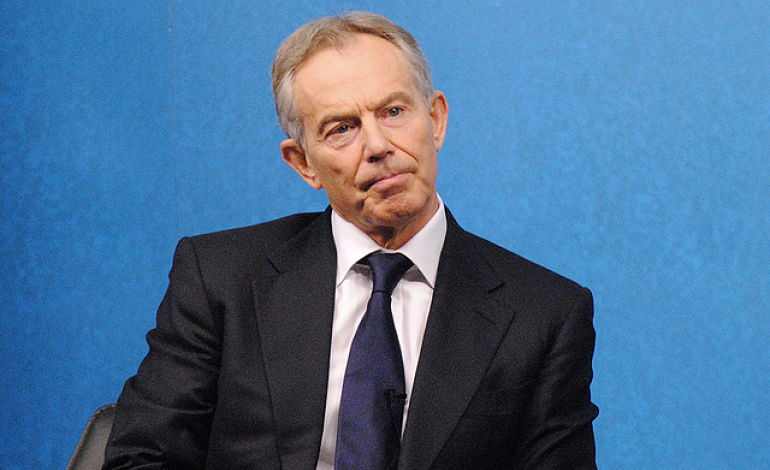 Tony Blair has been speaking to the media again. He’s been putting forward his thoughts about why Brexit shouldn’t happen and why a new radical centrist political revolution is needed. But people on social media didn’t seem to give two hoots what the ex-Prime Minister had to say. And their responses are priceless.

Blair, in a number of interviews, including a written opinion piece for iNews, has been attempting to assert his political influence. He’s been showing great concern for the direction Brexit is going and that even Labour’s policy is going in the direction of leaving the single market. He also believes from his own conversations in Europe, that there could be more flexibility in the negotiations than currently presented.

But he now firmly thinks that Brexit shouldn’t happen, as he told Sophy Ridge on Sky News.

The position comes in tandem with a renewed effort to promote his own type of politics. This is despite wide concessions from many of Jeremy Corbyn’s critics of the Labour leader’s success in bringing the party to where it currently is with an eight point lead in the polls. Blair, while acknowledging Corbyn’s achievements, writes that his leadership, along with Brexit brings risks.

Blair thinks it is a time for a different type of revolution. He cites a poll[pdf] his institution conducted as evidence. And he describes the thirst for Corbyn’s manifesto as populism:

But the poll also shows that support for the centre stays strong. People will default to populism when a radical centre is not on offer.

Blair is almost certainly out promoting the fruits of his newest policy unit. The unit was set up before the new year to come up with a Brexit agenda for the centre-ground.

But while the media is giving his agenda plenty of column inches, social media news feeds are providing their own commentary on Blair’s musings.

We don’t give a shit

On Twitter, people were essentially asking, ‘why are you talking?’:

It's the way the media use the "Tony Blair intervention". Nobody gives a snails shit what the discredited warmonger thinks.

They reference his acute lack of self-awareness:

I love* that Tony Blair is so narcissistic that he thinks we will overlook half a million deaths and his work for tyrants.

And why is anyone giving him a platform anyway:

Dear MSM, your fawning adoration of Tony Blair shows how out of touch you are. He's usually wrong AND deeply unpopular. Keep on though 🤦🏿‍♂️ pic.twitter.com/RhgVoF5Xlk

Which really feeds into how counterproductive anything Blair says really is:

Tony Blair would be better off writing under a pseudonym.

But then others thought that Blair was the man to bring unity:

Tony Blair wheeled out again in an attempt to unite the country.

Most of the country are already united on Tony Blair as they hate him.

Ultimately, it’s quite clear what Blair’s dig on Corbyn was about:

And lest we forget:

Unrelatedly, Tony Blair is a disgusting war criminal who earns a living by advising dictators https://t.co/yPJ69MmEVv

So it seems that Blair may or may not have had some interesting things to say. But ultimately, no-one gives a rat’s arse.