Is your vulva 'normal'? Find out here [EXPLICIT] - Canary 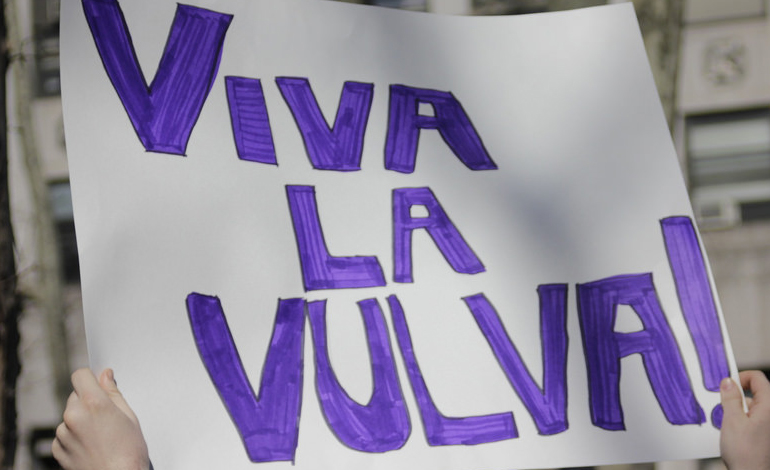 When 150 girls under 15 are having cosmetic surgery on their vulvas in a year, there is a problem. Most are so disgusted and distressed by the appearance of their own genitals that they are begging to go under the knife. But the chances are they are completely normal.

A BBC investigation looked at the rising popularity of labiaplasty operations. Labiaplasty is surgery to change the appearance of a woman’s vulva. Usually, it involves reducing the size of the labia minora, or inner lips, of the vulva.

Over 200 girls under the age of 18 had NHS operations on their labia during 2015-16. 150 of them were under 15. The Royal College of Obstetricians and Gynaecologists does not recommend labiaplasty except for medical reasons, which are rare. And it strongly discourages labiaplasty for those under 18.

Channel 4’s naked dating gameshow Naked Attraction has created a stir. It received both praise for including disabled and trans contestants, and criticism for, well, gratuitous nudity. However you feel about it, it has got us talking about vulvas. That can only be a good thing given that, as a society, we seem to be so bemused by their variety.

You might argue that viewing the diversity of shapes and sizes presented on Naked Attraction could lay to rest personal concerns about the size and/or appearance of one’s genitals. But with mostly younger, childless women showing their completely shaved vulvas on the show, it can hardly be representative.

A contestant on the show broadcast on 6 July 2017, Dom, looked at 6 women, from the waist down only. Here’s what he had to say about the first vulva he encountered on the show (contains nudity):

“All neat, tucked up and tidy…it just looks very neat and tidy, it’s quite nice to look at!”

The aesthetic is disturbingly juvenile and represents only a small proportion of all the vulvas out there in the world. To be fair to Dom, he didn’t reject any of the prospective dates because of the way her vulva looked, but this aversion to protruding labia minora does seem to be widespread.

So what is normal?

As a species, we’ve been gleefully measuring and reporting penis length for centuries, yet a study [pdf] by researchers at the Elizabeth Garrett Anderson Hospital in London that measured the genitals of 50 women was only published in 2004 (contrast this with the most recent study of penis size, which included 15,000 men’s measurements). This was one of the first studies to fully explore the variation in women’s genitals. The paper has just been made available for free thanks to journal owner the Royal College of Obstetricians and Gynaecologists [pdf] and publisher Wiley.

None of the women in the study had reached menopause and all were between 18 and 50. They were undergoing surgery for unrelated gynaecological conditions and gave their permission for researchers to measure their vulvas during the surgery. Almost all women were white, but 13 were Asian, black, Latin American or mixed race. All but three had been sexually active and 18 had given birth.

The range of the measurements is really striking. The labia minora are the area that most women seeking surgery want to change and they come in all shapes and sizes. Among the 50 women in the study, the length varied from about the size of a 10p coin, up to about five 10p coins laid out in a row. The mean average was 60.6mm but the standard deviation was quite high, meaning quite a bit of variety. The width of the labia minora varied from a slight 7mm up to about the width of a woman’s hand. The mean average was 21.8mm, with a standard deviation of 9.4mm, so most women would have measured in the middle of the range between about 12mm and 30mm. There was no evidence that the differences in these women’s vulvas were down to age, skin colour, sexual activity, or whether they had given birth.

Girls and young women are watching porn and comparing their own vulvas to those they see on screen. As Dr Gail Busby, lead adolescent gynaecologist at St Mary’s Hospital told the BBC, it’s actually pretty common that during adolescence girls notice that their labia minora grow quickly and may even stick out a bit. What a lot of adolescents don’t know is that with time, outer labia will often catch up and the appearance of her vagina may change quite a bit. In fact, vulvas go on changing up to the age of about 18. So the fact that girls as young as 11 are visiting their GPs to be referred for labiaplasty is truly shocking.

Some people’s genitals are really different?

Can you imagine being presented, after a long labour, with a baby who has ambiguous genitalia and is not obviously male or female? If doctors told you they could ‘fix’ the problem, would you agree to surgery on your newborn? This is what often happens to families when a child is born with an intersex condition.

About one or two in a hundred people are born with some sort of intersex condition – their physical appearance, sexual organs, chromosomes (XX or XY, usually determining female or male development), or hormones don’t all match up as they usually would in a typically male or female child. This is as common as having red hair.

Estimates vary, but as many as one in two thousand people may be born with an intersex condition and genitals that don’t look fully male or female. Many families will choose a gender and carry out surgery to bring the child’s physical appearance into line. Intersex people are speaking out and say that unless there is a medical emergency, no surgery should take place. Later, it will become clear what the child’s gender identity is, they say, and they should be allowed to choose for themselves. In fact, campaigners think cosmetic surgery on these infants should be outlawed, as it is in Malta and Chile.

Maybe it’s time to let go of our hang-ups

Clearly, there’s enormous variation in the wonderful world of genitals and no two vulvas will ever be exactly the same. Perhaps research can reassure young people of this fact, but it’s got to be accompanied by excellent psychosocial interventions, too.

– Support us if you appreciate the work we do.