Michael Gove has become something of an eco-warrior. But is he all talk? - The Canary 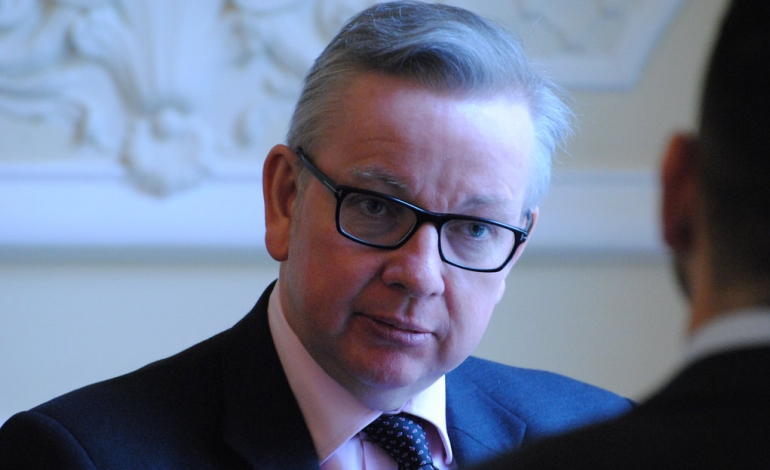 People were sceptical about Michael Gove’s appointment as Environment Secretary. After all, his voting record isn’t very promising. He’s voted against measures to tackle climate change and in favour of selling off England’s forests. But it appears he may have taken a U-turn with his views recently. Gove delivered a speech about delivering a ‘Green Brexit’, in which he described himself as an “environmentalist”. And many pundits are impressed. But still, some doubt remains about his motives, especially given his allegedly loose grasp on the truth during the Brexit campaign.

Gove’s speech has been widely praised. Environmental campaigner Mark Avery wrote on his blog that it was:

by far, the best speech made by a government environment minister since at least 2010.

Indeed, Gove’s speech about the environment was eloquent and passionate. He said:

I am an environmentalist first because I care about the fate of fellow animals, I draw inspiration from nature and I believe we need beauty in our lives as much as we need food and shelter. We can never be fully ourselves unless we recognise that we are shaped by forces, biological and evolutionary, that tie us to an earth we share with others even as we dream of capturing the heavens.

Gove also revealed an understanding of the grave consequences of environmental damage. He said:

But I am also an environmentalist because of hard calculation as well as the promptings of the heart. We need to maintain and enhance the natural world around us, or find ourselves facing disaster.

Unless we take the right environmental action we risk seeing more species die out, with potentially undreamt of consequences in terms of the health and balance of nature. We risk flood damage to the homes in which we live and devastation to the islands others know as their only home. We will see the forward march of deserts compelling populations to be on the move and the growing shortage of water creating new conflicts and exacerbating old rivalries.

Greenpeace welcomed Gove’s remarks about how subsidies will be provided to farmers who protect the environment. He also pledged that UK fishing will be more sustainable post-Brexit; and that leaving the Common Fisheries Policy will grant us access to other countries, which will reduce the risk of overfishing.

In his speech, Gove demonstrated an anti-plastic stance. Following a public consultation, the government recently agreed to ban tiny plastic pieces, known as microbeads, from cosmetic products. Gove is also determined to crack down on the plastic bottle crisis. Following his speech, he told Sky News that he plans to introduce a plastic bottle deposit scheme, in which bottles become more expensive, but people can offset the extra cost by recycling the bottle at a collection point.

Gove’s ambitious and poetic words need to be followed up with concrete and effective action. Lib Dem MP Ed Davey was worried about Gove’s appointment as Environment Secretary. He called him a “threat to the British fight against climate change”. And he recalled that:

When I was energy and climate change secretary I sat around a cabinet table with Gove, and he couldn’t help playing to the Tory climate-sceptic audience. As Education Secretary, he tried to ban climate change from the geography curriculum. After an angry exchange of letters with me, he eventually backed down.

Whether Gove has truly changed his tune depends on what he does, not just what he says. Elsewhere, Avery writes that Gove “deserves the chance to succeed”. And he adds that Gove should receive our support “with a certain amount of suspicion”, saying of Gove: “I don’t wholly trust him”. The RSPB conservation charity, meanwhile, notes that his speech is:

a great first start, but of course the tough work starts now. He’s going to have to turn those fine words into actions and that means working across Whitehall with his ministerial colleagues to turn his vision into reality.

We should all want Gove to be successful, says Avery, because “on this agenda… his success will be a success for the environment”. And indeed, we desperately need to tackle climate change in order to prevent disaster. So if Gove honestly believes what he says, then he will be unswerving in carrying out his plans. But the jury is still out on whether Gove is now a fully-fledged eco-warrior or if he’s just all talk and no action.

– Check out more articles from The Canary on the environment.