The US just fired at Iran. But here's what the media won't tell you. - Canary 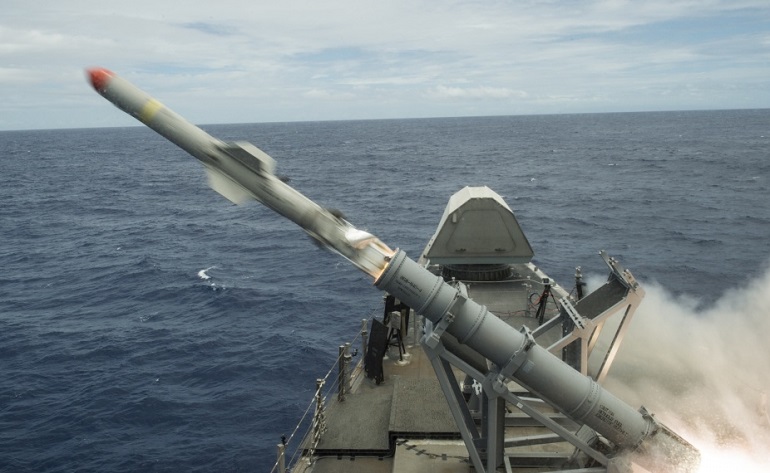 The US just fired at Iran. But there’s something vital that the media won’t be telling you about ongoing tensions.

On 25 July, the US Navy fired ‘warning shots’ at an Iranian patrol boat in the Persian Gulf. This isn’t the start of World War Three as some media outlets may suggest; but it is a sign of continuing US-Iranian tensions. And it comes just weeks after the release of declassified documents which highlight the issues at the very heart of these tensions. We probably won’t be hearing such historical context in the mainstream media any time soon, though.

for the past 60 years, not a day has passed in which the U.S. has not been torturing Iranians… [It] began with a military coup, which overthrew the parliamentary regime in 1953, installed the Shah, a brutal dictator… When he was overthrown in 1979, the U.S. almost immediately turned to supporting Saddam Hussein in an assault against Iran, which killed hundreds of thousands of Iranians, used extensive use of chemical weapons… Right after that, Iran was subjected to harsh sanctions. And it continues right until the moment.

And in June 2017, newly released documents showed exactly what was at the heart of CIA involvement in the 1953 coup. As Foreign Policy reported:

the CIA plot was ultimately about oil. Western firms had for decades controlled the region’s oil wealth… [Then, Iranian Prime Minister Muhammad] Mossadegh nationalized Iran’s oil industry. A fuming United Kingdom began conspiring with U.S. intelligence services to overthrow Mossadegh and restore the monarchy under the shah… [Eventually,] Iran’s nationalist hero was jailed, [and] the monarchy [was] restored under the Western-friendly shah…

The US long denied its involvement in the coup. And Washington only drip-fed documents to the public over the years. But even the 2017 release was incomplete; with a number of original CIA telegrams having either ‘disappeared’ or been destroyed long before. And retired history professor Ervand Abrahamian believes the US was so reluctant to publish this information partly because it “shows how involved the U.S. Embassy was… in internal Iranian affairs”.

As Noam Chomsky highlights, Amnesty International regularly described the shah as “one of the worst, most extreme torturers in the world”. And Foreign Policy stresses that the 1953 coup fueled “a surge of nationalism which culminated in the 1979 Iranian Revolution and [poisoned] U.S.-Iran relations into the 21st century”. In 1979, Chomsky says, Iranians “overthrew a tyrant that the United States had imposed and supported, and moved on an independent path”; and as a result, the US has punished them ever since.

US hypocrisy and self-interest still at play in Iran

In 2017, current US President Donald Trump is ramping up tensions with Iran. But not because of democracy or human rights. Instead, his hostility is largely because Iran’s regional enemies, Saudi Arabia and Israel, are US allies; because there’s a barely reported conflict occurring over oil pipelines in the Middle East; and because Iran does not bend easily to America’s will.

Indeed, Trump’s speech in Saudi Arabia back in May contained no talk of freedom, democracy, or human rights. But it was full of talk about terrorism; full of talk about deals with America’s “magnificent” Saudi “friends”; and full of verbal attacks on Iran. Trump said:

no discussion of stamping out [the terrorist] threat would be complete without mentioning the government that gives terrorists all three—safe harbor, financial backing, and the social standing needed for recruitment… I am speaking of course of Iran… For decades, Iran has fueled the fires of sectarian conflict and terror… the people of Iran have endured hardship and despair under their leaders’ reckless pursuit of conflict and terror.

He then insisted that “all nations of conscience must work together to isolate Iran” and to “pray for the day when the Iranian people have the just and righteous government they deserve”. This final comment came just as Iran held elections with a high turnout; and in spite of the fact that Saudi Arabia’s elections are rare, have low turnouts, and only recently allowed women to vote and run for office. And Trump’s double standards on Iran and Saudi Arabia – both countries with poor human rights records – have been apparent ever since he became President.

A record of terrorising and torturing

The Trump Administration clearly sees Saudi Arabia’s opponents – whether in Iran or Qatar – as a terrorist threat. It has even accused Iran of being “#1 in terror”. And Trump responded to a recent terror attack against Iran by essentially blaming Tehran.

But at the same time, Saudi Arabia’s bombing campaign in Yemen has brought death and destruction to innocent civilians; and has reportedly helped to increase al-Qaeda’s presence in the country. The Saudis, meanwhile, have been spreading their extreme state ideology around the world for decades. In fact, one senior Qatari official has claimed that Daesh (Isis/Isil) began as “a Saudi project“; one Hillary Clinton email published by WikiLeaks bluntly describes both Saudi Arabia and Qatar as direct supporters of Daesh and other extremist groups; and even right-wing thinktank The Henry Jackson Society recently insisted that “Saudi Arabia is undoubtedly at the top of the list” of nations advancing extremism.

In the context of such evident double standards from the US, Noam Chomsky points out that America’s definition of terrorism depends on whether it’s “theirs versus ours”. And he notes that, in regular polls around the world: “one of the questions… is: Which country do you think is the gravest threat to world peace? The answer is unequivocal: the United States by a huge margin.”

And with the recent release of documents describing the CIA’s decades-long interference in Iranian politics, it’s no wonder that there are countries around the world that continue to distrust Washington. As tensions between the US and Iran continue, though, we won’t be hearing much about hypocrisy or historical context in the mainstream media. But we should always keep it in mind regardless.

– Ask Theresa May and your MP to support the deescalation of tensions between the US and Iran.

– Support The Canary if you appreciate the work we do. Also see more Canary articles on Iran, Saudi Arabia, Yemen, and the arms trade; and for more Global articles, follow us on Facebook and Twitter.

Featured image via US Navy