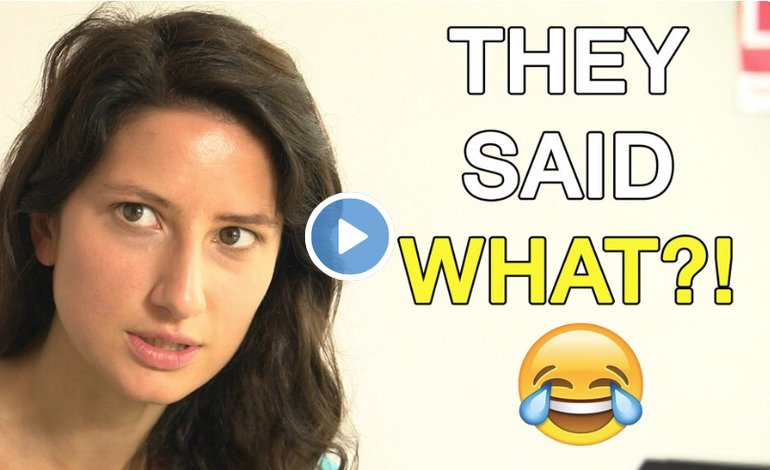 The Conservative spin machine has spent days trying to get its latest smear campaign off the ground. But despite the full support of the right-wing tabloids, the so-called ‘student debt’ smear has fallen apart. And a 71-second rebuttal video by Momentum sums up the debacle perfectly:

These two don't hold back! (Watch till the end😂) pic.twitter.com/kHzClyAarL

The smear seemingly originated with the Conservative Party. And it then started pushing it on social media, claiming Jeremy Corbyn had abandoned a supposed promise to cancel historic student debt:

Today's @EveningStandard pointing out that yet another @UKLabour MP who has betrayed young voters on student debt. Will they apologise? pic.twitter.com/FCanDzvbY9

And of course, newly-anointed Liberal Democrat leader Vince Cable got in on the action too:

#Labour has backtracked on #StudentDebt . Yet #LibDems still attacked for breaking pledge in 2010. .@nick_clegg apologised. Your turn Jeremy

The Labour Party never pledged to scrap historic student debt. It was not in the manifesto, campaign posters, leaflets, or in any speech by Corbyn. So what did happen?

The Labour Party promised to scrap tuition fees. If Labour had won the 2017 general election, students beginning their degrees in September 2017 would not pay the £9,000 plus per year tuition fees. The promise was costed at £9.5bn, and would be paid for by raising tax on high earners. People earning more than £80,000 would pay the 45p rate of tax, and anyone earning over £123,000 a year would pay a 50p rate.

The policy did not resolve the issue of graduates who had already paid their fees and now sit on an average debt burden of £50,000.

During an interview with NME, however, Corbyn said he wanted to look into ways of alleviating the burden of historic student debt. He said:

We’ve not got a policy or proposal on it. There wasn’t time between the announcement of the election and the publication of the manifesto but I do understand that point and I’m entirely sympathetic to it.

Jeremy Corbyn has been accused of U-turning on a pledge to scrap student debt.

But that’s not true.

The Conservatives and Liberal Democrats have created a baseless smear campaign in order to undermine the pro-Corbyn youth vote. They argue that Corbyn’s behaviour is equivalent to the 2011 Lib Dem U-turn on tuition fees.

In 2010, the Lib Dems ran on the promise to scrap tuition fees and vote against any increase in fees. It was in their manifesto, it was on all their leaflets and campaign posters, and it was central to their campaign. They even literally signed a pledge in public. 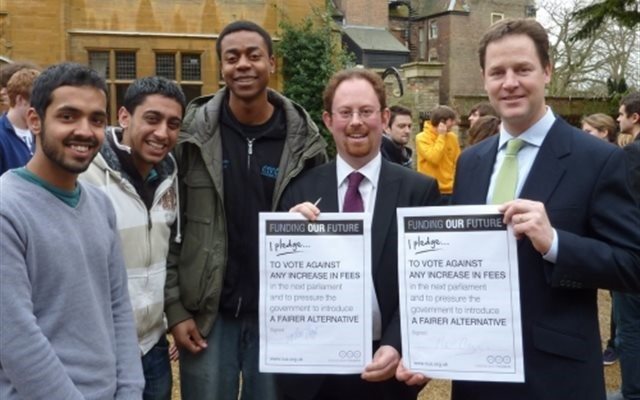 A year later, the Conservative/Lib Dem Coalition tripled tuition fees. 21 Lib Dems, including Julian Huppert (pictured above) voted against the plans. But 27, including current leader Vince Cable, backed the plans. Cable said at the time:

So there are a number of problems here.

First, Corbyn never pledged or promised to scrap historic student debt. There is a significant difference between making a campaign pledge and speaking candidly about possibilities and priorities. It does not take a genius to see through this one.

But the fact that Corbyn never made the pledge is actually not the biggest issue here. What’s so bizarre about this line of attack is that neither the Liberal Democrats nor the Conservative Party have any plan to alleviate historic student debt. In fact, the Conservatives just gave universities permission to increase tuition fees every year. The parties are wilfully reminding young voters that they have nothing to offer them.

So even if their smear were true, the Conservatives are basically saying: ‘Jeremy Corbyn won’t undo one of the awful things we’ve done’. And nobody will be singing that at Glastonbury.

So the Conservative Party’s big plan to stop young people voting for Corbyn was to print things he never said in papers they never read. And it backfired, royally.

The smear played really well in the Daily Mail‘s comments section. But the average age of a Daily Mail reader is now 58. So while it worked well for agitating those over-50s who already disliked Corbyn, it never broke out of the bubble. To everyone outside, it looked ridiculous.

I don’t get this Corbyn/student debt thing. The video is readily available showing he didn’t promise to write off debt.

Have you found the quote where Corbyn said that Labour would abolish outstanding student debt? If not, this is fake news. https://t.co/wuLvIS1zHt

And a YouGov poll found the message had failed to penetrate the youth vote.

Instead, it became an in-joke, and a unifying force. A smear designed to undermine Corbyn’s credibility and split the left has done the opposite. If they give out Darwin Awards for political campaigns, this deserves one with gold plating.

The view of Conservatives, their press, and their pundits that young voters were left with is summed up by a line towards the end of the Momentum video:

They really are full of crap, aren’t they?

These two don't hold back! (Watch till the end😂) pic.twitter.com/kHzClyAarL

– You can join Momentum here.