When the UN accuses your government of deception, you know it's time for resignations - The Canary 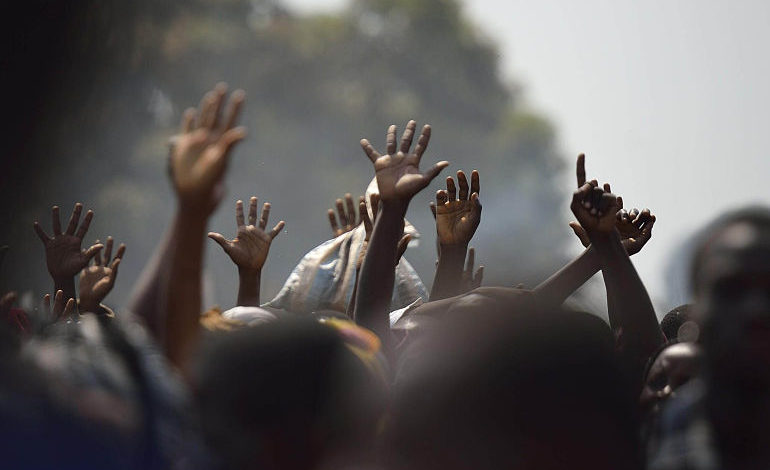 It’s extremely rare for the UN to accuse a government of deliberate deception. But that’s exactly what just happened. On 24 July, the UN essentially accused Australia of deceiving the United Nations High Commission for Refugees (UNHCR). Amazingly, though, the Australian minister responsible – Peter Dutton – still remains in his post.

The issue at the heart of the UN statement was a situation that the UNHCR thought had been resolved. In November 2016, after years of protests by Australians, the Australian government announced that hundreds of refugees and asylum seekers imprisoned on the tiny island of Nauru and on Manus Island (Papua New Guinea) would be relocated to other countries, primarily the US. And the UNHCR was to oversee the entire operation. Canberra also reportedly agreed that refugees with family ties in Australia could rejoin their families.

UNHCR assistant high commissioner Volker Türk claimed that Peter Dutton had agreed that the UNHCR could present “compelling humanitarian cases with strong family links” for resettlement in Australia. And the UNHCR identified 36 people it wanted to resettle in Australia. All have either spouses, children, or parents living in Australia. The unity and protection of the family unit is a fundamental principle of international law.

But for Dutton and the Australian government, 36 people are seemingly 36 too many; because now, Canberra has apparently insisted that it will allow no refugees to relocate to Australia. Even if they have family there.

In response, the UN said:

Australia’s policy of offshore processing in Papua New Guinea and Nauru, which denies access to asylum in Australia for refugees arriving by sea without a valid visa, has caused extensive, avoidable suffering for far too long.

Regarding the November 2016 relocation agreement and the UN’s promise to help, the UNHCR’s Fillipo Grandi added:

We agreed to do so on the clear understanding that vulnerable refugees with close family ties in Australia would ultimately be allowed to settle there… To avoid prolonging their ordeal, UNHCR has no other choice but to endorse the relocation of all refugees on Papua New Guinea and Nauru to the United States, even those with close family members in Australia… There is no doubt these vulnerable people, already subject to four years of punishing conditions, should be reunited with their families in Australia. This is the humane and reasonable thing to do… There is a fundamental contradiction in saving people at sea, only to mistreat and neglect them on land.

The full statement provides details of the number of refugees detained; namely around 2,500 refugees and asylum seekers since 2013. Of these, some 1,100 remain in Nauru, and 900 in Papua New Guinea.

The Australian government has begun to close down or under-resource the Manus Island detention camps, to force the detainees to live with PNG locals. Indeed, internal working documents reveal that conditions at the detention centre would be made progressively worse. And one leaked document described this plan in tabular form:

Meanwhile, several refugees have been assaulted in the nearest town to the detention centre, including two men attacked by a gang wielding an iron bar. And on Good Friday 2017, after a dispute about the use of a football pitch near the detention centre, a mob of PNG naval personnel ran riot. They shot at refugees and staff hiding inside accommodation blocks. In the aftermath, Dutton pushed out an outrageous fake story that the refugees had caused the riot.

#auspol Dutton again lying, exhibiting his characteristic cruelty in breaking @UNHCR deal. Will ALP get a spine and oppose breach of deal?

In June, the UN Special Rapporteur on the human rights of migrants published a report [pdf], reminding the Australian government of its legal and human rights responsibilities. But Canberra took no notice. And now, with the UN basically accusing Dutton of lying, there must surely be consequences. Especially when Australia is seeking the UN Human Rights Council seat.

Regarding the refugees on Manus and Nauru, meanwhile, the UN must step in and take over; as the current Australian government appears either unwilling, incapable, or both.