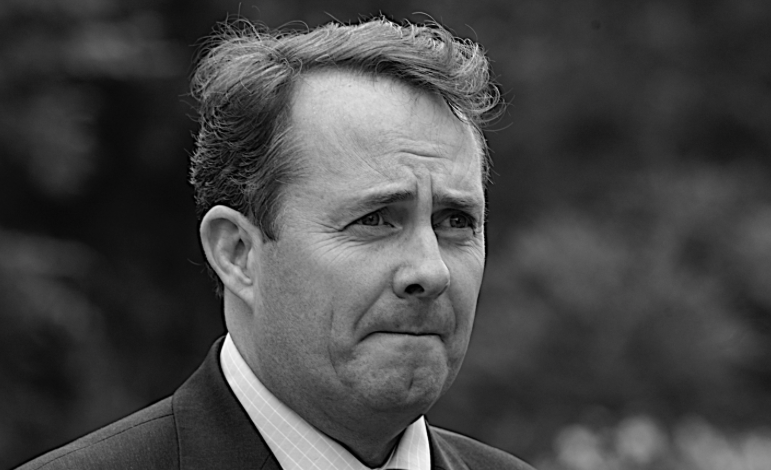 International Trade Secretary Liam Fox is well-known for his plans to Americanise the UK. From healthcare to food production, Fox sees Brexit as the chance to strip back the role of the state. But images emerging from a US McDonald’s this week serve as a painful reminder of the importance of that ‘red tape’ Fox so despises.

A man claiming to work in a Louisiana McDonald’s posted images he says are part of a McFlurry machine. The image shows mould build up after the failure of staff to clean the machine.

This came out of McDonald's ice cream machine in case y'all were wondering… pic.twitter.com/DTXXpzE7Ce

Some attempted to claim the image was a grease trap from the grill. The man, named Nick, strongly denied this and responded with another image of the machine.

This is the side of the ice cream machine! It's not from a grease trap pic.twitter.com/nMpnFxAvZ4

The scale of the issue

So why do the hygiene standards of a single Louisiana fast food restaurant matter to Britain?

Well, the poor regulations of US food production are infamous and have real consequences. The Center for Disease Control (CDC) estimates that “foodborne diseases cause approximately 48 million illnesses, 128,000 hospitalizations, and 3,000 deaths in the United States each year”. In the UK, according to the Food Safety Agency, the figures are significantly smaller – 1 million illnesses, 20,000 hospitalisations, and 500 deaths. Even taking population size into account, the UK is streets ahead of the US in producing safe food.

The difference is regulation, and enforcement of regulation. Standards for food production in the EU and the UK are vastly higher than those in the US. The Food Safety Act and other pieces of legislation ensure that standards of both food production and food preparation are high enough to generally keep the public safe. The concern now is that pressures to secure a trade deal with the US post-Brexit would see the UK government drop these standards. The US has spent decades trying to overturn EU/UK bans on things like growth hormones in beef, and chlorine-washed chickens. The Brexit negotiations grant the US leverage over the UK to end these bans.

Worse, the UK seat will be filled by a man committed to doing so anyway.

A fox in the hen house

Through his charity Atlantic Bridge, Fox built key alliances between UK and US conservatives. Powerful lobby groups like the Tea Party and the American Legislative Council (Alec) came on board. But just as Fox was making headway, scandal broke. Fox’s relationship with lobbyist and best man Adam Werritty saw him ousted from his post as Defence Secretary in 2011. Fox admitted to 22 meetings at the Ministry of Defence and 18 meetings abroad with Mr Werritty. As The Telegraph reported at the time:

Dr Fox and Mr Werritty attended a dinner with defence lobbyists and senior US military figures which was not disclosed by the Ministry of Defence.

A week after the dinner in Washington DC, rules allowing the sale of US defence equipment to Britain were relaxed.

There were a number of further revelations worth revisiting now. Because this is the man Theresa May has tasked with developing the post-Brexit trade deal with the US.

Six years after Fox resigned in disgrace, Theresa May has invited him back to finish the job he started. And it’s likely that only the removal of his party from government will stop him now.

– Write to your MP to express your concern about the post-Brexit US trade deal.