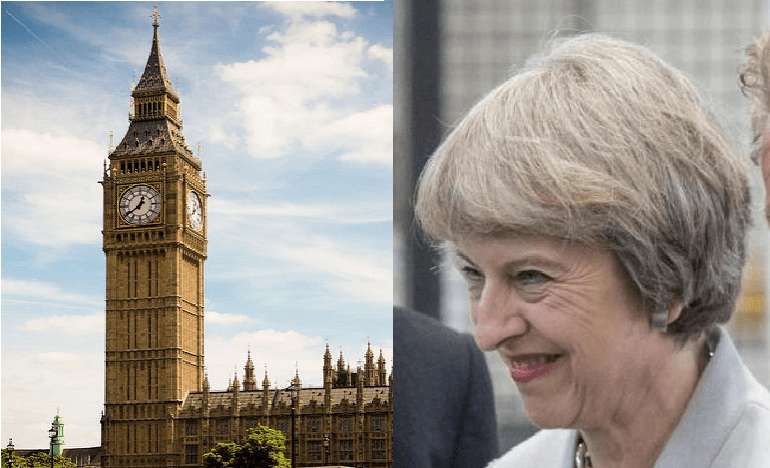 The Conservative government is trying to distract Britain with Big Ben.

While Theresa May condemns the bells going silent, her government has finished selling off a piece of infrastructure that we actually, desperately need. Our profitable Green Investment Bank (GIB) is now the property of Australian bank Macquarie, for the price of £2.3 billion.

The GIB promotes the transition to a greener economy, with assets such as offshore wind farms, waste facilities, and street-lighting systems. If human civilisation is to survive, scientists say we must make the transition to clean energy soon.

Professor Kevin Anderson, deputy director of the Tyndall Centre for Climate Change Research, warned it is:

The scientists are warning that we are on course for worldwide collapse. But like the tobacco industry before it, the global fossil fuel industry will hang on to profits for as long as it can. It funds climate denier groups, bankrolls political campaigns and sponsors the summits themselves.

Today the situation is even worse than expected. Arctic permafrost is melting. If the permafrost melts, methane – a greenhouse gas 30 times more potent than carbon dioxide – could leak and drastically accelerate climate change. But the Conservatives apparently believe there’s no need to move away from a fossil fuel economy. Not when Big Ben needs a helping hand.

Macquarie, the bank the Conservatives sold the GIB to, is nicknamed ‘The Vampire Kangaroo’. That’s because tax-dodging Macquarie is known for unbridled profiteering at the expense of others. The Australian firm already owns three British power stations.

Fortunately, the Conservatives are ensuring Big Ben will be there to count down the days until climate disaster. At least we can monitor the catastrophe in truly British style.

But the media furore over Big Ben is politically useful for the Conservatives. They want us focusing on superficialities like Big Ben, while they flog off our vital institutions on the sly. We need to vote this government out before it’s too late.

– Write to your MP and raise your concerns.

– Read more from environmental stories from The Canary.

Featured image via The Lives I lived and Tiocfaidh