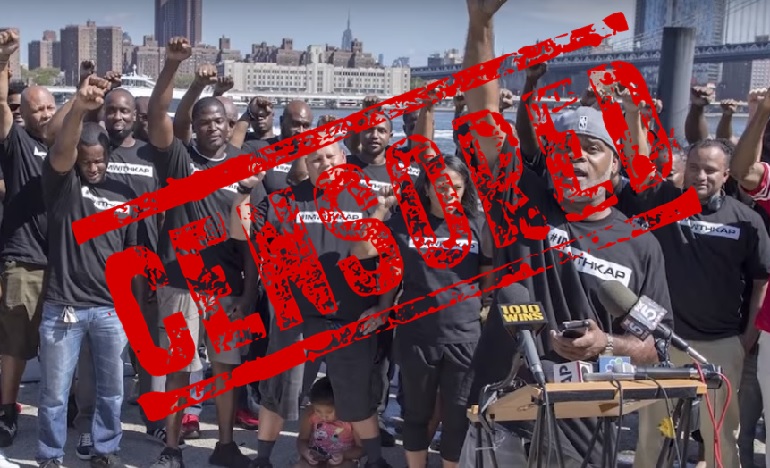 The world’s biggest football league is currently in crisis because of a political censorship scandal. And it could cost the league both money and supporters.

The National Football League (NFL) is a massive business. Now raking in around $14bn of overall revenue, it’s the biggest sports league on the planet – roughly three times bigger than the Premier League in England and Wales.

But the NFL is currently in the spotlight, with critics accusing it of political censorship. The scandal centres around Colin Kaepernick – one of today’s biggest American football stars.

In 2016, Kaepernick refused to stand for the US national anthem, in a clear nod to the Black Lives Matter movement. His decision has since provoked much debate. People have booed him. He’s received death threats. And Donald Trump has called his protest “a terrible thing”. But he has also inspired many, while gaining the backing and respect of both his teammates and fellow American football stars.

The regular NFL season will begin in September. But teams have been avoiding Kaepernick ever since the end of last season. And Donald Trump has even bragged about his own impact on the player’s unemployment, saying: “NFL owners don’t wanna pick him up because they don’t wanna get a nasty tweet from Donald Trump.”

This is just some other teams being, quite honestly, cowards, to say that they’re afraid of backlash to sign someone to make their team better when fans’ input has never been in the equation when it comes to signing people in the past… It’s certain owners’ way of making an example out of [Kaepernick] to discourage anybody else from doing what he did.

Others have pointed out the hypocrisy of the NFL shunning Kaepernick for his political actions when the league has employed numerous violent criminals in the past.

At the time of writing, Kaepernick remains unsigned. And the NFL is under increasing pressure from fans who are angry about his censorship.

Growing action in support of Kaepernick

Kaepernick fans are now showing their support with the #ImWithKap hashtag. And in recent days, some of his most vocal supporters have been from the New York Police Department (NYPD):

Look at this love from NYPD officers from 5 boroughs in their shirts saying #ImWithKap In the red is Brooklyn Councilman Jumaane Williams. They support @kaepernick7 because they also want the system to be held accountable for systematic oppression against black people and people of color.

Many military veterans have previously defended Kaepernick’s cause, too. And items representing the player’s protest will even be going on display as part of a Black Lives Matter collection at the Smithsonian’s National Museum of African American History. Film director Spike Lee, meanwhile, has publicised a rally at NFL headquarters on 23 August:

A number of supporters are also calling for a boycott of the NFL until Kaepernick gets signed. And while there are mixed feelings about this among fans, the campaign already has around 130,000 signatures. And many of these people are using the hashtag #blackout to back this campaign.

Kaepernick or not, the protest will go on

Whether Kaepernick plays in the NFL this season or not, protests seem likely to continue regardless. A number of players are already using the national anthem during pre-season games as a chance to make their feelings known. One of these people is Michael Bennett – another player who’s been very politically outspoken in recent months. Bennett recently told CNN:

So the NFL may have managed to punish Kaepernick for taking a political stand. But with boycotts and continued protests likely this season, the league’s censorship scandal isn’t going away any time soon.