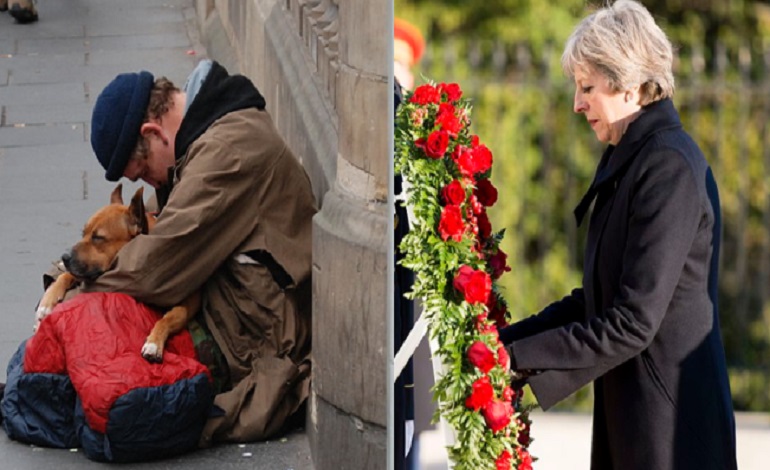 A law firm has responded to a Mirror investigation into the “staffing meltdown” facing the UK military. And it has addressed an issue the Conservative government fails to acknowledge: the treatment of ex-service personnel once they leave the military.

On Sunday 20 August The Mirror reported that only 20% of spaces were filled on a training programme at the Infantry Training Centre in Catterick, North Yorkshire. It called the figures “shocking evidence of the scandalous recruitment crisis gripping Britain’s military”. And The Mirror noted:

The revelations expose the true scale of the staffing meltdown which has stripped the Army back to its lowest level since before the Napoleonic wars 200 years ago. It comes after the government controversially hived off Army recruitment to private firm Capita in a bid to cut costs.

So Hilary Meredith, a lawyer at the firm of the same name, has hit back at the government’s “staffing meltdown”. She wrote in a blog that the situation at Catterick showed the “sorry state of affairs” the military was in. She pins some of the blame on the Ministry of Defence’s (MOD) “duty of care (or lack of it)”. And she noted that the government is changing the law to give the MoD immunity from prosecution by military personnel.

But Meredith also highlighted “the MoD’s failure to look after those who have bravely served but are medically discharged… with no help or support”. She cited the case of three-times decorated Major Wayne Owens, whom she said the government “dumped” after he asked for help with his Post-Traumatic Stress Disorder (PTSD). Meredith said:

[He was] suffering terrible nightmares and anxiety attacks from the horrors he witnessed. But after two years of treatment he was told he was unfit to serve anymore, despite medical experts saying his condition was improving. Rather than offering him a non-operational posting, as had happened with troops suffering physical injuries, the army ruled his career was over. He was given a medical discharge and just £6,000 compensation to pick up the threads of his life.

But this one example is not the only area the government is failing in. Because figures show:

But perhaps the case of former soldier David Clapson best highlights the government’s lack of care for ex-service personnel. David died 18 days after the Department for Work and Pensions (DWP) sanctioned his benefits. It did this because he missed two appointments at the Jobcentre. David’s body was found near to a pile of CVs and with no food in his stomach; he had £3.44 in his bank account and had run out of electricity. David’s death was put down to diabetic ketoacidosis, which is caused by an acute lack of insulin. And his family say that because he had no money for the electric, David couldn’t keep his insulin chilled in the fridge.

As The Canary previously reported, since March 2010, 42,000 jobs in the armed forces have been lost. But this is nothing compared to, as Meredith describes, the ‘dumping’ by both the MoD and the government of ex-service personnel.

Men and women who are willing to give up their lives to fight for their country deserve at least some basic support when they leave the armed forces. But, at best, the Tories are not even providing this.