Operation Prosecco shows just how desperate, and out of touch, Theresa May really is - Canary 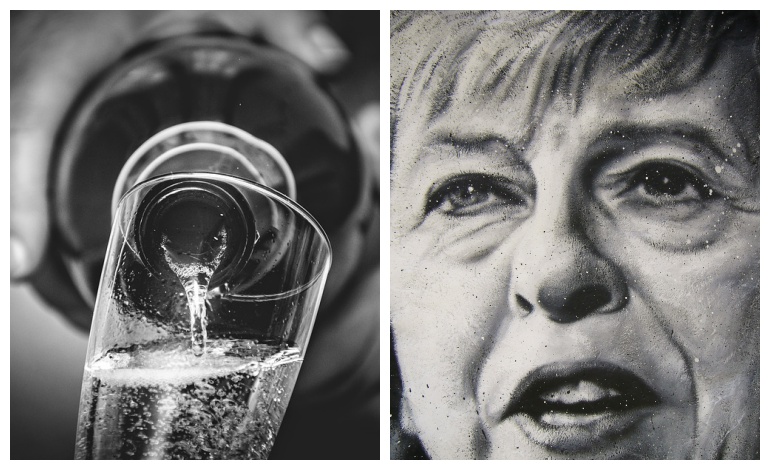 In a bid to woo Tories after the general election disaster on 8 June 2017, Theresa May invited MPs to her country house Chequers for lavish drinks and canapé receptions. In what has been dubbed ‘Operation Prosecco’, May is trying hard to get support from angry Tory MPs before parliament returns. But it shows how out of touch she really is.

May is right to be worried about her standing in the party.

Her disastrous election campaign saw the Tories lose their parliamentary majority. And since then, even Tory-run opinion polls show that only 36% think she should stay on as leader.

And as well as this, there is the threat of an imminent Tory back-bench rebellion. Following yet another manifesto U-turn, 53 MPs have signed a letter demanding that she takes action to support families crippled by rising fuel bills. The manifesto promised to introduce a cap on energy prices. But this was nowhere to be seen in the Queen’s Speech.

As The Canary previously reported, this is only one of the many U-turns May has made.

As Tory guests ate caviar at this “smart casual” party, there was no sign that austerity is over in the UK.

Although the cost of the drinks parties – estimated to run to thousands – was covered by the Tory party, the lavish excess enjoyed by “as many as 100 MPs” has been criticised.

Labour MP John Trickett said that this party amounted to an “abuse” of the Prime Minister’s privilege. Because even if the drinks were paid for, British taxpayers still contributed [pdf p6] £702,972 to the upkeep of Chequers in 2015/2016.

Whether or not these parties will increase support for May among Tory MPs remains to be seen. But as the effects of austerity continue to affect the most vulnerable people in society, she has done little to improve her public image.