While the government was bulldozing through democracy, it also decided to bulldoze through an iconic UK landmark [IMAGES] - The Canary 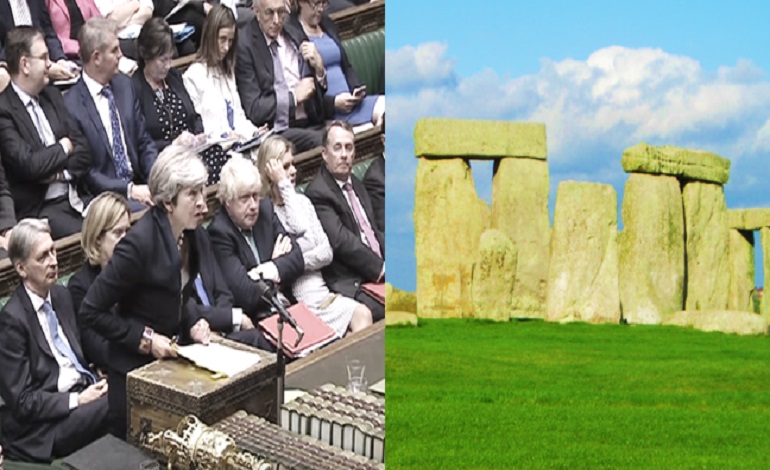 On Monday 11 September, while parliament was debating the EU withdrawal bill, the government quietly announced a major road building project. But the timing couldn’t have been more appropriate. Because not only was Theresa May’s government bulldozing democracy in parliament with the bill, its road building plan will bulldoze right through world heritage site Stonehenge.

Late on Monday, the government announced it had finalised plans for a £1.6bn road upgrade in Wiltshire. But its scheme, first tabled in 1995, is mired in controversy. This is because it involves building a 1.8-mile tunnel underneath the World Heritage Site, and right next to the actual Stonehenge monument.

The government’s plans include:

The most controversial element is the tunnel underneath the site. Originally, the government wanted the tunnel as outlined [pdf p5] below: 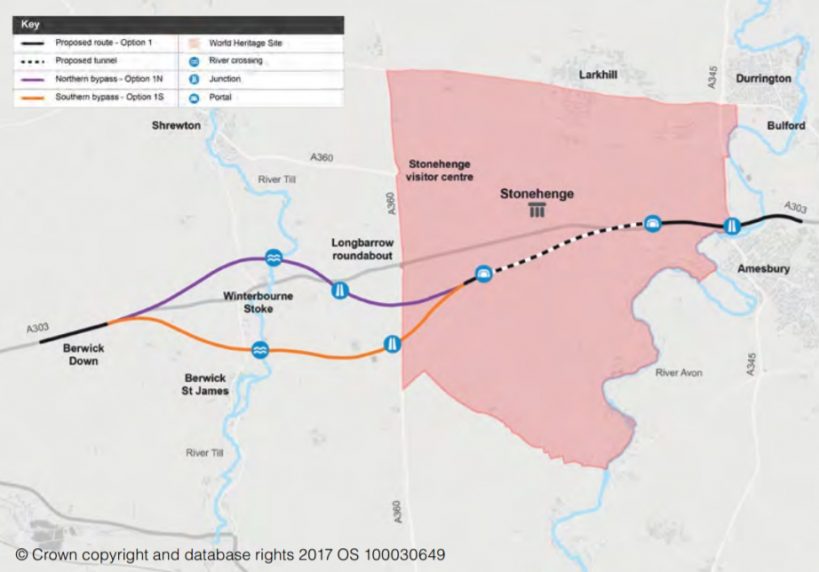 Then, a public consultation showed that people were concerned about the impact of the western entrance to the tunnel on the “view of the setting sun from Stonehenge during the winter solstice”. The public also raised worries [pdf p12] about the tunnel affecting the RSPB nature reserve at Normanton. So the government changed the proposed route, making it:

a further 50 metres away from the monument, avoiding important archaeological sites and avoiding intrusion on the view of the setting sun from Stonehenge during the winter solstice.

It is, however, only the western tunnel entrance that has been moved. The new route, overall, is actually closer to the monument itself: 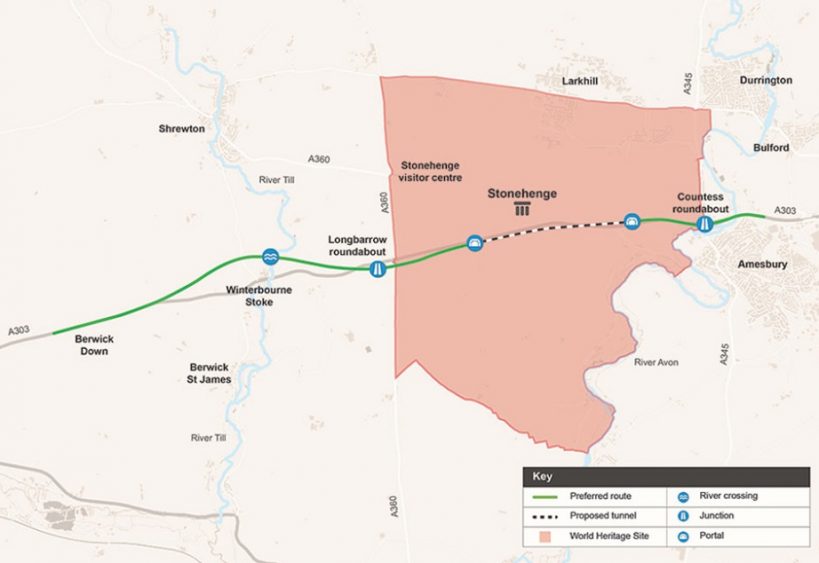 The UN? Who cares?

Previously, the UN had intervened in the government’s plans. In February, its World Heritage [WH] Committee said in a report [pdf] that, while there were some benefits, the tunnel would [pdf p6]:

cause considerable damage to the OUV [Outstanding Universal Value] of the WH property, through adverse effects on the archaeological remains, on their landscape attributes, and on setting and visibility.

It also outlined [pdf] numerous other plans that the government could adopt. But Transport Secretary Chris Grayling clearly disagrees. He said of the government’s plans:

This government is taking the big decisions for Britain’s future and this major investment in the south-west will provide a huge boost for the region. Quicker journey times, reduced congestion and cleaner air will benefit people locally and unlock growth in the tourism industry. The scheme will also support 120,000 extra jobs and 100,000 new homes across the region, helping us build a country that works for everyone.

What a cunning stunt

But campaigners have reacted angrily. Time Team presenter and actor Tony Robinson told The Press Association that the project was “the most brutal intrusion into the Stone Age landscape ever”:

Archaeologists have understood over the last 10 to 15 years that Stonehenge isn’t a monument, Stonehenge is a landscape. [The UN] understood that, which is why they made the area into a World Heritage Site. What’s happened is that the [government] is literally driving a thousand coaches and horses through the World Heritage Site. It’s an absolute disgrace and I feel quite sick because of it.

The government admits [pdf p12] in its consultation that, when it was surveying for the original planned tunnel, it found new archaeological sites. So it says [pdf p12] that it has moved the route as pictured above to reduce “the risk of encountering as yet undiscovered archaeology”. But nowhere does it offer any guarantees that this will happen.

Also, the cost of the project has already increased by £200m, from £1.4bn. And the plans are now seven years behind schedule, with completion expected in 2029; originally it was slated [pdf p9] for 2022. There is also the environmental impact, as The Ecologist detailed, which the government appears to be ignoring.

And of course, there are the usual suspects in terms of the benefits for big business.

US engineering firm AECOM has been awarded the contract for “multidisciplinary services”. It already has government contracts for HS2, Crossrail and three Environment Agency projects.

Overall, it seems the Stonehenge project is another giant white elephant from the Conservative government. Ill-conceived, ignoring international concerns, and benefitting big business more than the public, it is flying in the face of concerns held by many parties. But this seems to be nothing unusual for the Tories. The project will now go to the Planning Inspectorate for approval [pdf p17]. But given its track record, it could well be the end of the road for any hopes of getting this monumental vandalism of Stonehenge stopped.

– Support the Stonehenge Alliance, against the project.