We are one step closer to driverless vehicles. But the outlook is not all rosy - Canary 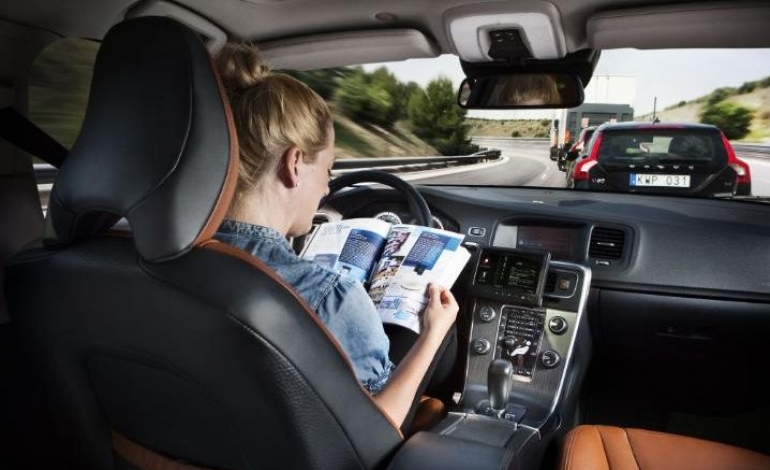 US tech company NVIDA has revealed an artificial intelligence (AI) system which will drive completely autonomous robotaxis. This computer system, the first of its kind in the world, could operate all kinds of vehicles in the future. Which would mean that no one ever has to drive again.

While this may sound good to anyone fed up with driving, there is a potential risk with driverless vehicles. And that’s mass unemployment.

In the UK, there are:

In a nutshell, over one million jobs in the UK could become redundant if driverless vehicles became the norm.

The benefits of driverless cars

In reporting on the unveiling of this new AI system, Phys.org highlights that driverless cars:

Will arrive on demand to safely whisk passengers to their destinations, bringing mobility to everyone, including the elderly and disabled.

Millions of hours of lost time will be recaptured by drivers as they work, play, eat or sleep on their daily commutes. And countless lives will be saved by vehicles that are never fatigued, impaired or distracted—increasing road safety, reducing congestion and freeing up valuable land currently used for parking lots.

Indeed, who would really oppose the idea of travel made more convenient and less stressful? The point about increased road safety is also crucial. The number of deaths related to road traffic accidents has risen to a five-year high (1,792 deaths in 2016). An average of 940 people are killed every year in drink driving related incidents. And in 2015, there were 186,209 road traffic casualties. Driverless cars would prevent these tragic losses of life and cases of injury.

Not all commentators think that driverless cars will lead to mass unemployment. They could in fact mean the creation of many new jobs. As Cathy Engelbert, CEO at Deloitte US, argues in an article for Quartz:

Travel and leisure will likely continue to grow. In general, there will likely be an expanding market around mobility management services that could offer incremental job growth. There will be new businesses that will digitally enable the planning and consumption of passenger and goods movement to be more efficient, enjoyable, productive, safer, cleaner, and cheaper. That could mean everything from maintaining vehicle fleets to remote monitoring.

On the other hand, mass unemployment and the creation of new jobs aren’t mutually exclusive. These new jobs described by Engelbert require skills that current lorry, taxi and bus drivers may not have. It would be very expensive to retrain all of these workers. Also, it seems unlikely that there will be one new job for every driver whose profession has become obsolete.

These challenges are inevitable with the rise of automation. But we need to address them, plan for them, and turn them into opportunities.

– Check out more articles from The Canary on automation.