A Conservative minister gets caught on camera 'trying to revive the dementia tax'. And Corbyn's having none of it. [VIDEO] - Canary 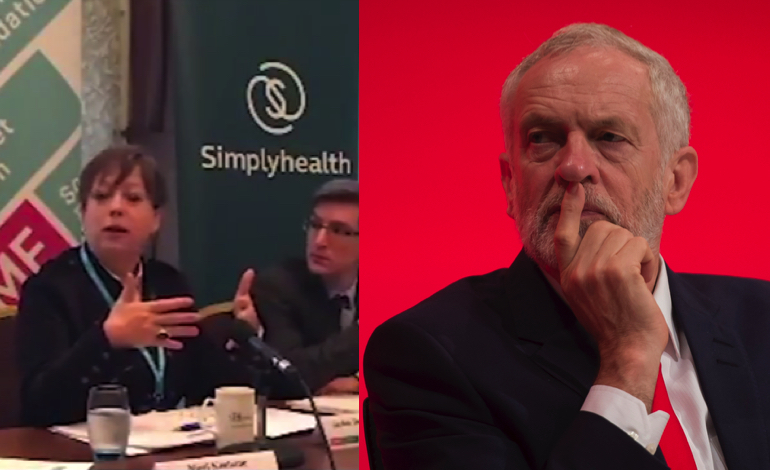 A Conservative minister has been caught on camera saying that taxes shouldn’t fund care for older people; and that pension-age homeowners should sell their homes to cover the costs.

We’ve heard these claims before. The Conservatives’ proposed ‘dementia tax’ was a key blunder in Theresa May’s 2017 election campaign. Yet her minister for adult social care has suggested it’s time to revive the idea.

But Labour caught wind of it. And Corbyn isn’t having any of it.

On 11 October, a video emerged from a fringe event at the disastrous 2017 Conservative Party conference. In the video, MP Jackie Doyle-Price suggests pensioners are a ‘burden’ on society for having care needs.

I don’t think it’s fair to expect the next generation of taxpayers to pay for… this generation’s long-term needs, when ultimately this is the first generation that’s going to be less well off than what went before it.

Then, she says [0:25] older people should only live in their homes if they can afford their own care:

We’ve got to a stage where people feel that they are the custodian of an asset to give to their offspring, but actually we need to get back to a stage when actually homes are for living in.

People are now… well into their pension ages, sitting in homes that are too big for their needs

Meanwhile, 200,000 homes in England aren’t lived in. Buckingham Palace has 775 rooms. And almost 20% of MPs are landlords. But no one’s telling them that “homes are for living in”.

Since the video came out, Theresa May has insisted the ‘dementia tax’ won’t happen.

The ‘dementia tax’ was rejected by the public. Appalling that the Tories still want to force older people to pay for care with their homes.

And on 12 October, he announced a much fairer option at a community centre in Shipley. He said Labour would create a national care service and add £8bn in funding for social care.

As The Canary has pointed out, the Tories’ ‘dementia tax’ would target the working and lower-middle classes.

So the government is right that current inequalities between generations are unfair. But punishing those with less will only make those inequalities worse; while the rich continue to own multiple homes and pass them on to the next generation.

– Join The Canary to help us hold the powerful to account.