A Tory MP just revealed his second job. And it earns him 16 times more than a nurse gets. - Canary 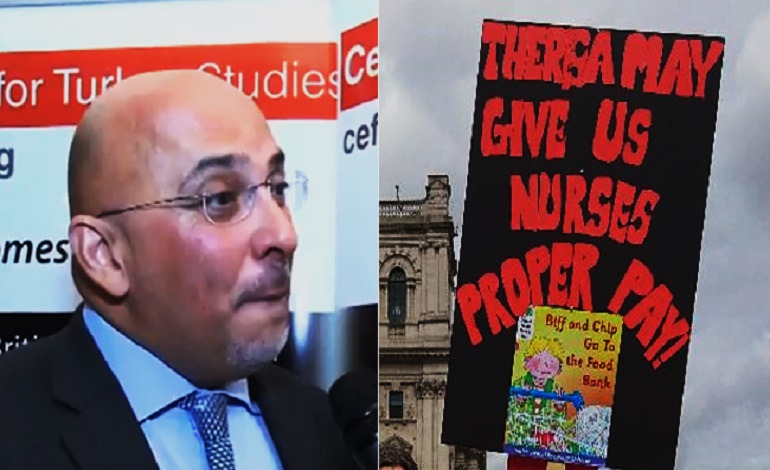 On 9 October, the register of MPs’ interests was updated, detailing all the additional money that our parliamentarians make. The document shows that one Tory MP is now earning £355,717.56 a year from a second job. This is around 16 times more than a nurse’s starting salary.

Nadhim Zahawi is the Conservative MP for Stratford-on-Avon. And his listing [pdf p41] in the register of interests now says:

But Zahawi is not actually doing anything wrong. Parliamentary guidelines allow MPs to take second jobs, as long as they don’t act as “paid advocates” (lobbyists) for the company they work for. They also have to declare every outside interest.

Gulf Keystone Petroleum is registered on the London Stock Exchange, but is actually based in the tax haven of Bermuda.

And Zahawi is not alone in earning from secondary employment.

After the MPs’ expenses scandal, meanwhile, Zahawi revealed that he was claiming from the public purse to heat his horse stables. He later apologised and promised to pay part of the money back. Some Labour MPs were also caught up in the expenses scandal.

The Canary asked Zahawi’s office for comment, but none was received by the time of publication.

It is often pertinent for MPs to have had other work experience when they come to parliament, as ‘worldly’ knowledge must surely aid them when making decisions that affect the rest of us. And if Zahawi can earn more than double the PM in his second job, then who are the rest of us to argue. Although it must surely stick in the throats of other public sector workers, who were stuck with a 1% pay rise cap for around seven years.