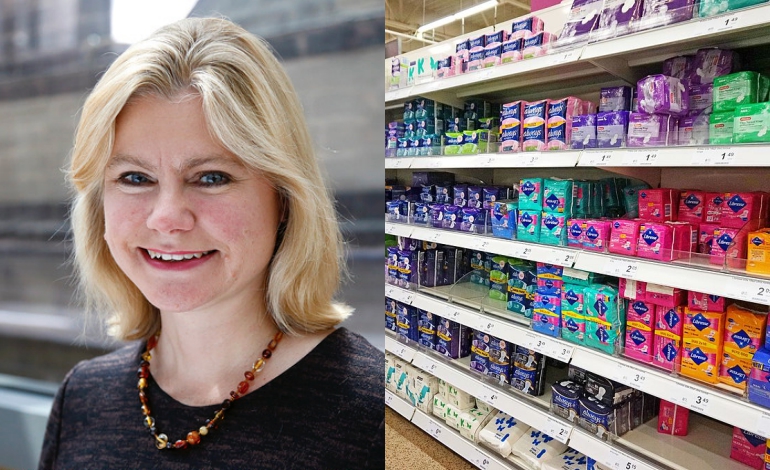 Education Secretary Justine Greening reached a new low when answering questions on period poverty. She effectively blamed the parents for girls having to miss school because they can’t afford sanitary products. And her response was met with cries of “disgrace” from Labour MPs.

Period poverty is a problem in the UK. But it is unknown how many girls are affected. One teenager spoke to BBC Radio Leeds in March about having to wrap socks and tissues around her underwear to keep it dry so she can get through the school day. Another stated:

I didn’t get any money because my mum was a single parent and she had five mouths to feed. So there wasn’t much leftover money in the pot to be giving to us.

Will the Secretary of State consider matching our commitment to set aside funding to tackle period poverty and ensure girls never miss out on their education just because they are having periods?

But Greening chose not to match the funding commitment. Instead, she claimed schools could use their “discretion” in funding sanitary protection. Due to cuts from Greening’s department, however, schools are now having to choose between counsellors, teaching assistants, or fixing leaking buildings from their budgets. So it’s hard to see how much “discretion” they actually have. One school was even reported as having to ask children to bring in toilet roll because its budget was so stretched.

And rather than tackling a pressing need for girls across the country, Greening instead chose to blame the parents:

It’s also about making sure that parents understand two things – one, the need to play their role in educating their own children but also separately the very clear-cut duty parents have to make sure their children are attending school and complying with the law to do so.

But Labour MP Catherine West said Greening’s comments were a “little harsh” in asking schools to pay out of their own budgets and added:

And secondly blaming parents because periods are just one of those things – you can’t blame parents for periods.

Access to sanitary products should be a basic right but sadly in Scotland we know not everyone can afford or obtain what they need.

But unfortunately, Greening doesn’t seem to agree that it’s a “basic right”. Instead, she believes that sanitary protection should come from overstretched school budgets. And if that fails, blame the parents. No girl should have to miss school because her parents cannot afford sanitary towels. But this is the state of the UK in 2017. And it is a disgrace.