Malnutrition, rickets and scurvy: this is what poverty in Tory Britain looks like [VIDEO] - Canary Workers’ Co-op 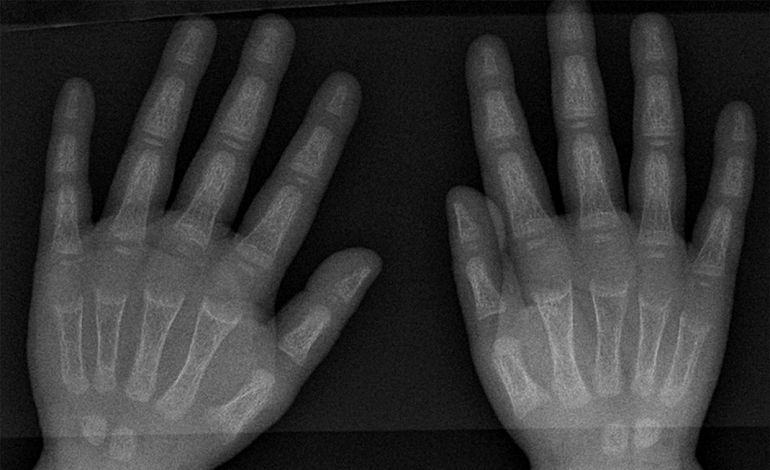 There is evidence that conditions associated with extreme poverty and poor nutrition, such as rickets (main image) and scurvy, are on the increase in Britain. These illnesses were commonly found in Victorian times. Now, they’re back. And they serve as a warning of the levels of poverty in the 21st century.

GP Ellie Cannon sparked a debate in the House of Commons after she tweeted about how there is a resurgence in rickets, a condition caused by a Vitamin D or calcium deficiency that can lead to deformities, tooth decay and stunted growth.

We have an option to prescribe food through the NHS — that is how bad the situation is.

Meanwhile, the number of hospital beds where malnutrition was cited as the cause of illness has tripled in the past decade.

Frank Field, Labour MP for Birkenhead, told the Commons about the level of destitution he sees:

Now, two-thirds of the people who come to my surgery are on the brink of destitution. There’s a lot of crying and gnashing of teeth in the surgery. It was totally unheard of before.

Almost 400,000 more UK children and 300,000 more pensioners have been plunged into poverty in the past four years, according to a Joseph Rowntree Foundation study. It shows that around 22% of the UK population and just under a third of all children are in poverty. Also, that one in eight workers, or 3.7 million people, do not earn enough to meet their needs.

At the same time, analysis from the Institute for Fiscal Studies estimates that the number of children living in poverty is set to rise to 5.2 million over the next five years.

An ITV report on poverty and school children also warned of rickets:

SPECIAL REPORT: Part 2 – The Reality of Child Poverty@DanielHewittITV finds schools with washing machines to wash uniforms, where teachers charge parents' phones who've no electricity & give coats, shoes & food to pupils. Also the GP who says kids are being treated for rickets. pic.twitter.com/iTnh5dXEvP

Matters have not improved. Around two years ago, there were warning signs that scurvy – caused by a lack of Vitamin C and not eating enough fruit or vegetables – was on the increase. And in 2015, Freedom of Information Statistics [xls] revealed that over 2,000 cases of malnutrition were reported in England during that year alone. At the time, a Durham University report warned [pdf] that diseases associated with Victorian times, such as rickets, had returned.

Food banks are the last resort for those in need, and not a long-term solution. It is low wages, high rents and welfare cutbacks that cause poverty, make people reliant on charity, and allow ‘Victorian’ diseases to once again stalk the country.