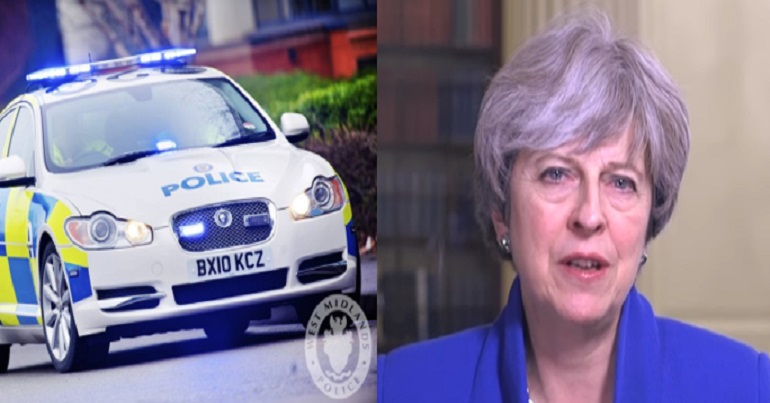 A regional police force is set to go against government policy in an attempt to “cut crime and save lives”. And campaigners have welcomed the new approach, saying the police force is “leading the way” while the government is pursuing a “failed approach”.

On Monday 12 February, West Midlands Police and Crime Commissioner David Jamieson launched a set of new proposals surrounding the use of drugs. The plans are an attempt to:

tackle the cost of drugs to public services, reduce drug related crime and the shocking number of deaths in the region…

But many of these proposals directly contradict government policy.

Policing versus the government

For example, Victoria Atkins – the Parliamentary Under Secretary of State for Crime, Safeguarding and Vulnerability at the Home Office – outlined on 17 January the government’s official line on drug consumption rooms. She told parliament that:

We have no intention of introducing drug consumption rooms, nor do we have any intention of devolving the United Kingdom policy on drug classification and the way in which we deal with prohibited drugs…

She also said the “purpose” of drug consumption rooms:

Is not recovery. Their purpose is to provide a place where illicit drugs that have been bought in the local area are then consumed in a place funded either by the taxpayer or charities. Recovery is an optional part of that usage; it is not the sole purpose of it. That is very different from our drug strategy.

So Jamieson’s proposals appear at odds with this. He said:

If we are to cut crime and save lives there’s one thing we can all agree on; we need fresh ideas. These are bold, but practical proposals that will reduce crime, the cost to the public purse and the terrible harm caused by drugs. These proposals tackle the drugs market head on, hitting the organised criminals profiting from the misery of others.

He has the support of both the Royal Society for Public Health and Release, the UK’s “centre of expertise” on drugs and drug laws. In a statement seen by The Canary, Niamh Eastwood, Executive Director of Release, said Jamieson’s:

recommendations for reducing the harms of drugs are based on evidence and would undoubtedly save lives if implemented.

And Release believes that the statistics surrounding drugs and public health show government policy is failing.

The government’s “failed approach” to drugs

Overall drug-related deaths in England and Wales rose by 65.7%, and opioid-related deaths by 107% between 2012 and 2015. In 2015, almost a third of all drug overdoses in Europe happened in the UK. Additionally, Britain has the highest proportion of heroin addicts in the EU – eight in every 1,000 people. Also, the overall UK drug mortality rate for 2016 was three times the EU average, at 60.3 deaths per million people.

Eastwood summed up by saying:

Yet again, the police are leading the way in the debate for drug policy reform while the government continues to pursue the failed approach of prohibition and criminalisation. The government must consider the insight of police officers. Many are on the front line of the so-called war on drugs, witnessing the horrific impacts that prohibition has on communities every day.

At the time of publication, the government had not responded to Jamieson’s plans.