The government says it wants to crack down on unpaid internships. But a Tory minister has other plans. - Canary 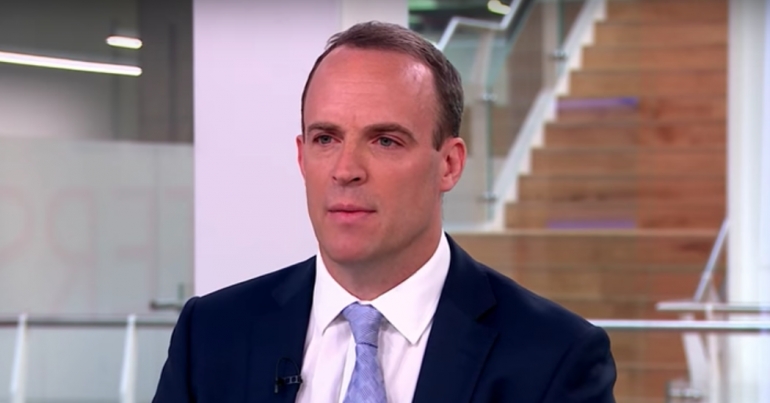 The government recently announced that it plans to crack down on unpaid internships. Housing Minister Dominic Raab has other plans, though, as he’s looking for an unpaid intern to work for him.

The Sutton Trust has published research showing that:

of the 10,000 graduates who are in internships 6 months after graduation, 20% are unpaid.

Doing an unpaid internship is pricey. If you’re in London, it’s going to cost you about £1,000 a month. Business minister Andrew Griffiths said:

Employing unpaid interns as workers to avoid paying the national minimum wage is against the law and exploitative. No one should feel like they have to work for free to get the skills and experience they need to get ahead.

That’s why over the last three months, government enforcement teams have been targeting employers advertising for unpaid interns, reminding them of the law and the consequences of breaking it.

The Taylor Review, which examined workers’ rights, points out [pdf, p.91] that:

unpaid internships are an abuse of power by employers and extremely damaging to social mobility.

As part of Theresa May’s ‘Good Work’ plan, there is an aim to eliminate unpaid internships. The purpose of this is to protect the “most vulnerable” and encourage social mobility.

The government is taking a strong position against the practice. But Raab, the Housing Minister, has gone rogue.

This isn’t the first time

The advert on the W4MP website states that the “voluntary” work for the Housing Minister involves coming to Westminster four days a week for up to six months. Raab will reimburse travel expenses. Yet there is no pay for the various duties the “volunteer” will have to do:

Campaigners point out that employers are advertising for voluntary positions in order to avoid paying for the work that is done. In many instances, the worker in question is legally entitled to the minimum wage. W4MP notes in the advert itself that the role is voluntary, and:

As such, there are no set hours and responsibilities and you should be free to come and go as you wish. If the post demands set hours and/or has a specific job description you may be deemed a ‘worker’ and be covered by National Minimum Wage/National Living Wage legislation.

The Canary asked Raab whether the role involves set hours and responsibilities, but he didn’t respond. Previously, he has suggested that the only way he could afford to pay interns would be by sacking other staff.

This also isn’t the first time Raab has sought out an unpaid intern. Last June, he advertised for the same position. If the government is serious about cracking down on unpaid internships, it really needs to have a word with its Housing Minister.