Today's big film release has left people around the world in tears... of joy - Canary 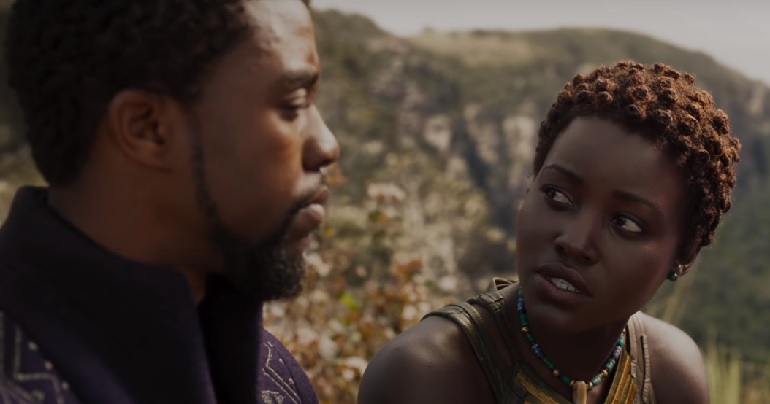 13 February sees the UK release of Black Panther – a groundbreaking film that has left people around the world in tears… of joy.

Marvel’s “most anticipated film to date”, The Guardian says, is “a film of considerable cultural significance for black communities around the world”. It has also been breaking records while subversively upending African stereotypes and shattering previous cliches. And with it representing “a perfectly timed political commentary and a celebration of blackness”, another Guardian article insists that “the black superhero’s time has finally come”.

Twitter shows just how important the film is to some:

The Disney Princess I’ve been waiting my whole life for. #BlackPanther
#WhatBlackPantherMeansToMe pic.twitter.com/6RehaNhhUG

My seven year old grandson exclaimed "Superheroes can be Brown people too?! #WhatBlackPantherMeansToMe

Superhero films may be a big-money industry. But they also give young people positive role models, help them to imagine a better world, and inspire them to participate in its creation.

Australian actor Shareena Clanton calls Black Panther‘s celebration of Black strength, beauty, and power “a welcome advancement in our industry”. And she has raised funds so that children of Indigenous Australian and African heritage can see it. She explains:

…there’s a huge amount of vilification within the mainstream media [of black kids] and they are demonised as a result… What I’m trying to endorse here is something incredibly positive.

Indeed, there has been a big worldwide effort to get young Black people to see the film.

Celebrating heroes – both real and fictitious

…you could look at Jefferson Pierce as Martin Luther King and Black Lightning as Malcolm X… Non-violence is a great philosophy, and should always be the first resort, but sometimes you have to protect yourself. Sometimes you have to mess things up, be a little bit more active to get things done. The show hopefully poses that question.

For too long, the West treated real-life Black heroes as criminals. Nelson Mandela was on the US terrorism watch list until 2008. People like Angela Davis and Malcolm X were ‘enemies of the state’; and experts think that the post-2001 US would probably have charged democratic socialist Martin Luther King Jr. with “domestic terrorism” for his vehement opposition to American war crimes in Vietnam. Today, far-right figures have even called the Black Lives Matter movement a terrorist group, and the FBI seems to agree.

But young Africans are wising up. They’re reportedly turning to anti-colonial independence leaders like Patrice Lumumba and Thomas Sankara for positive political role models. Lumumba’s death was the result of “two inter-related assassination plots by American and Belgian governments”. Sankara oversaw an impressive increase in schooling, healthcare, and infrastructure in Burkina Faso – until his assassination and replacement with a pro-Western austerity regime.

The spread of Black superheroes is definitely a big step forward. But if these characters help young people to discover and learn from real-life heroes, the results could be world-changing.