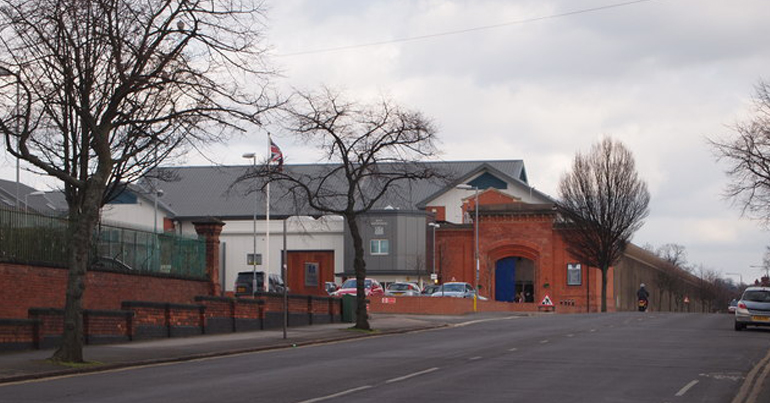 A prisoner at HMP Nottingham has been found dead. And this is the latest in a long line of incidents highlighting problems at this “fundamentally unsafe” institution. Problems that led a senior prison official to issue an urgent notification for action on safeguarding just three weeks ago.

Darren Capewell, 37, died on 7 February. The Independent reports that he took his own life and that the Ministry of Justice “did not dispute this”. And it is believed to be the ninth suicide of an inmate at HMP Nottingham in two years.

But the number of unsuccessful attempts allegedly outpaces even this figure. On 23 January, the BBC reported that officers at HMP Nottingham “stop two suicides every week”.

In addition, there were five deaths of newly arrived prisoners in four weeks during September and October 2017. No details about the cause of these deaths are available. And figures for 2016 show assault incidents rose almost 50% – with the number of serious assaults rising from 39 to 68.

And there are further concerns about HMP Nottingham. On 29 January, it emerged that the prison had been paying wages for over a year to someone who didn’t work at the prison. The BBC said officials “apologised for the error”. But the recipient cited this as an example of the prison’s “severe mismanagement”.

MP Chris Leslie, meanwhile, claimed in November 2017 that the prison is home to a “significant drugs problem”. A Nottingham Post article in August 2017 claimed an ex-inmate described an “epidemic” of legal highs that saw paramedics “repeatedly called to attend to prisoners”.

Peter Clarke, Chief Inspector of Prisons, issued an urgent notification for action at HMP Nottingham on 18 January. The letter cites [pdf, p1] “significant concerns with regard to the treatment and conditions of prisoners”.

Data given throughout the letter [pdf] includes “200 assaults” in six months, “about half” of which were on staff; and “poor” accountability by staff, including failure to use available body cameras.

Following three inspections of the prison in 2014, 2016 and most recently in January 2018, the government’s own inspectorate – HMI Prisons – found it to be “fundamentally unsafe”. This is the first time an urgent notification to “improve jails with significant problems” has been used since the protocol was established in November 2017.

But Clarke’s notification says [pdf, p4] of the problems at HMP Nottingham:

It seems to us that managers and staff at Nottingham are doing their best but need urgent support from HMPPS to build up competence, capability and resilience. It would be a mistake simply to rely on the fact that there are now more staff at HMP Nottingham to deliver improvement.

Other parties have expanded on these concerns.

Inquest, which campaigns for and supports people affected by deaths in custody, said the prison has “long been forewarned” about such issues, but that responsibility had been shunned “at all levels of the prison service”.

In January, an “Open Letter to Governor of HMP Nottingham” was signed by nine leading experts and academics linked to the prison. The open letter recognises “there may not be consensus among us as to whether increased resources will solve the problems”. But it also proposes further action.

It lays out six systemic changes the signatories believe are necessary for improvement but may not appear in Gauke’s action plan. It also offers support to governor Tom Wheatley by laying out suggestions for improving conditions.

For example, prison staff are highlighted as interpreting prisoner self-harm as a form of ‘attention seeking’, when in fact it is “the strongest predictor of death by suicide that we have”. And it also asks Wheatley to: “Give very serious thought to whether or not prison is the right environment to manage a prisoner’s capacity for self-harm”.

An article by Corporate Watch following the 7 February death at HMP Nottingham suggests these problems are present throughout the UK prison system. It reveals a prison supervisor at HMP Winchester failed to report signs of suicide from a prisoner who later killed himself.

The staff member was not an employee of the prison but of Carillion, contracted to provide facilities management. But suggesting that these issues run deeper than privatisation, Corporate Watch says:

It is easy to blame contracted companies for the failures of outsourcing… But newly-disclosed documents published by the Chief Coroner show the Ministry of Justice neglected to include suicide and self-harm prevention training as a requirement for staff working with prisoners in any of its contracts with Carillion.

Are prisons the solution?

HMP Nottingham is not the only prison facing crisis. Following an inspection at HMP Liverpool in September 2017, officials said they “could not recall having seen worse living conditions”. Meanwhile, reports emerged in 2017 of a prison system nationally that had almost run out of spaces.

Prison is coming under increasing scrutiny as a solution to crime and justice. One of the most significant alternatives proposed is better mental health support for the general public as well as to current and ex-prisoners. Another is to review and release those jailed under “unfair” sentences such as joint enterprise.

But changing the general public’s understanding of prisons is also important for these alternatives to develop. And learning more about the UK’s prison system is something we can all start doing.

– Twitter accounts to follow for critical insight into the UK prison system include @prisonsorguk, @fmspear and @prisonstorm.

– Listen to Novara Media‘s new podcast series The Lockdown, about prisons and prison abolition in the UK.